Phuket has way more happening than people realise, even as a local resident I find it hard to keep up. There are traditional festivals, there are music and food festivals, local street fairs, all kind of things going on year round! The most famous festival in Phuket is the Vegetarian Festival. Phuket is also a great place to be for Songkran (the "water throwing" festival / Thai New Year). Another popular festival is Loy Krathong. Dates for the vegetarian festival and Loy Krathong change every year as they are based on the lunar calendar. There is plenty of culture and history here, not just beaches. And there are plenty of Phuket festivals!

Phuket Festivals on the Phuket Blog

Note: Most of these are annual events, I don't go or blog them every year! 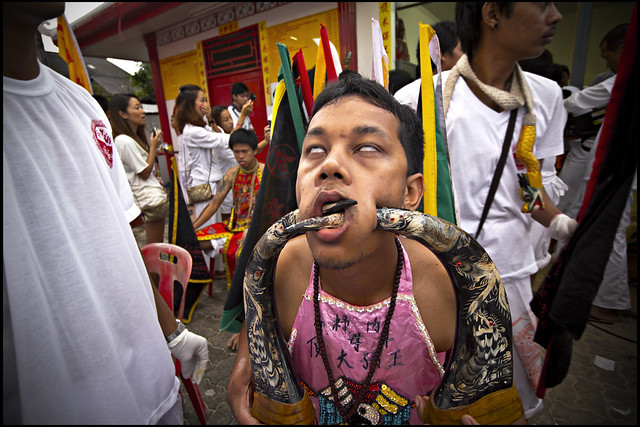 Links to all articles and photos on this blog related to the most bizarre of all Phuket Festivals .. I love it, but it's not for everyone, and the "being vegetarian" aspect is just one part of the festival.

And here's all the blog posts relating to the 2011 Vegetarian Festival - I went a bit festival crazy and did lots of posts compared to just one in 2012 :) 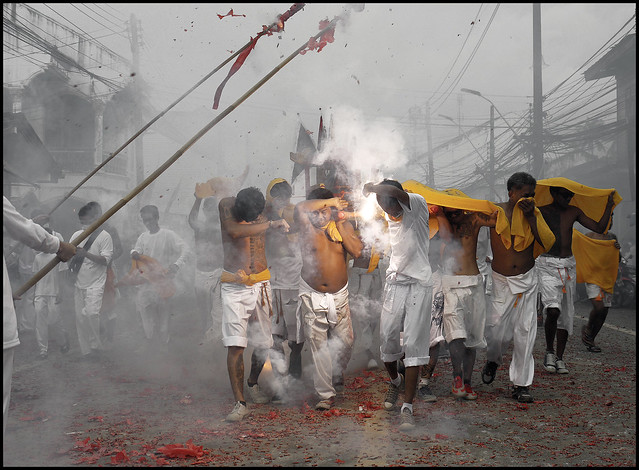 Since 2006 I have always tried to see some of the ceremonies, take a lot of photos, and eat plenty of the great food on offer. I am not normally a veggie, but it can't hurt for a week or so!? My "local" is Kathu shrine, located in Baan Kathu. Sam Kong shrine is not too far from Tesco Lotus - loads of veggie food stalls in the Kathu/Sam Kong area during the festival. In Phuket town you find big shrines such as Jui Tui and Bang Neow which are very much the center of festivities. Phuket Town is the best place to be based if you want to see as much as possible.

Songkran is the Thai New Year, a real mix of quiet prayer and water throwing mayhem. We tend to mix it up - a bit of quiet at the temple, a bit of water... in 2007 (as well as the water fights) we went to a turtle release ceremony at Mai Khao beach. The next year we drove around taking photos. In 2009 we reckoned both our kids were were ready for a ride in the back of a pick up truck around Patong, throwing water at anything that moved - that's fun! In 2010 I was too busy throwing water and drinking beer to take photos! In 2011 I was not in Phuket, but took lots of photos in my wife's home town, Chumphon (about 400km north of Phuket). Last few years simply drinking beer and throwing water with some friends in Phuket! 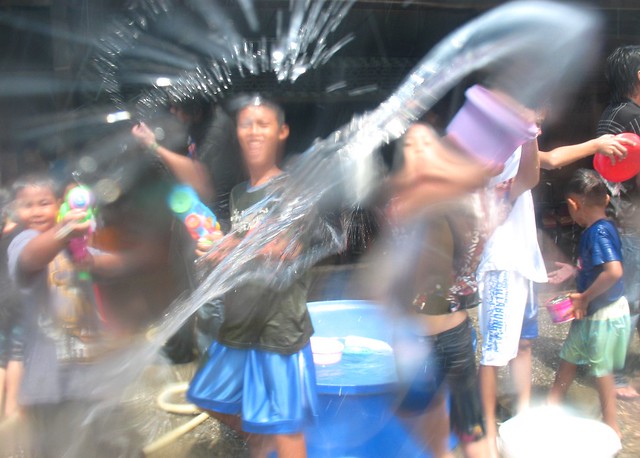 Every year, but dates vary according to the full moon. 2021 will be November 19 - 20. The main element of Loy Krathong is giving thanks to the goddess of water. The "Kratong" are floated onto the water and many lanterns are lit to float up into the sky. It's all about giving thanks and asking for good luck. 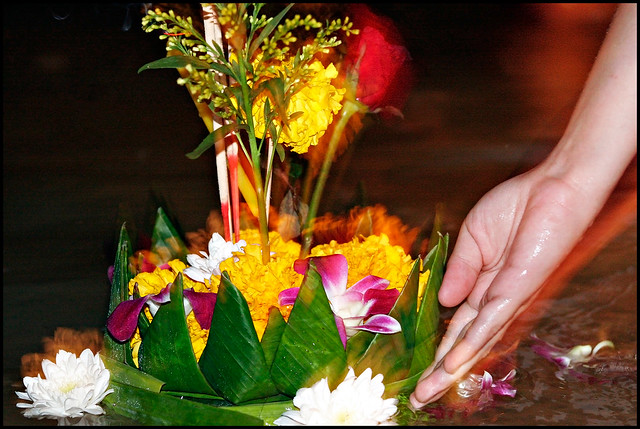 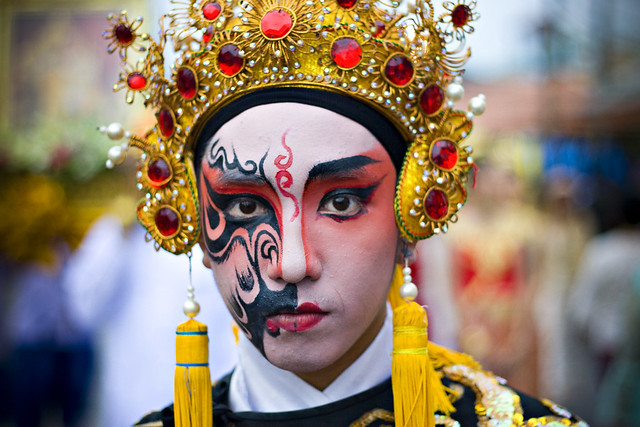 
You have been reading : Phuket Festivals and Cultural Events