A night in Phuket Town for Japan

December 26th 2004. The date should mean something to you. If not, please do read my thoughts on the Boxing Day Phuket Tsunami. Having "lived through" one the worst natural disasters ever, although (if you read my thoughts you'll see) I did not actually witness the tsunami or lose anything or any close friends, the memories are still there and those memories were shaken back to life on March 11th. I was at work and did not get much work done. Glued to the internet as more and more images were shown, videos that showed boats and buildings being swept away. Japan had been hit by a huge earthquake and a tsunami followed.

A big concert was planned called Love Aid, but this was cancelled due to the fact that southern Thailand was having the wettest March (ever?), there were floods (not in Phuket, but a LOT of rain) and suddenly Thailand had it's own problems to think about! But a smaller event was arranged for the weekend of 9th - 10th April in Phuket Town. There would be a concert featuring Thai and Japanese artists at the Queen Sirikit park plus performers and street stalls along Thalang Road in the old town and near the TAT office. We knew a Japanese friend of ours would be selling tshirts there so we went along to see what was happening, to make a donation and of course to take some photos! We did not stay for the concert, which went on well after midnight - I watched some of it on TV when I got home including some amazing guitar playing by Japanese star Yuki - I found some of the concert on Youtube here and here.

Some photos from the evening in Phuket Town ... 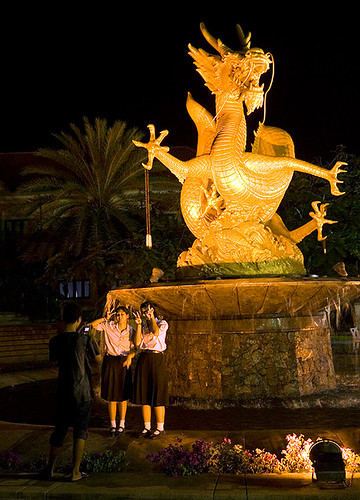 The dragon at Queen Sirikit Park, next to the TAT office. Always a popular place for a photo... Chinese legend says that Phuket Island is a dragon risen from the water. 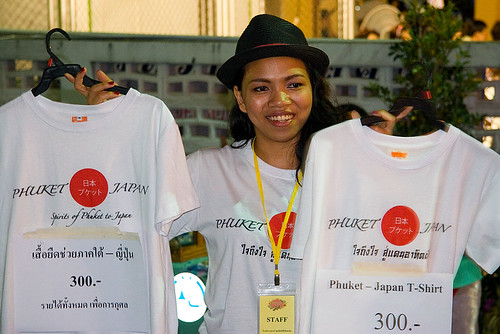 Phuket Japan tshirts for sale. And there was music everywhere... there were young people playing guitar or violin in the street, and several small stages set up aside from the main concert stage. These guys were playing southern Thai folk music: 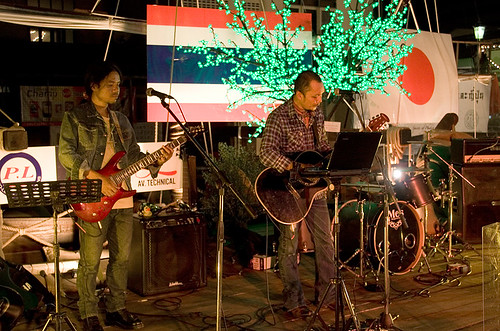 And this looks like a scene from "Thailand's Got Talent" - and this little girl was pretty good too ... 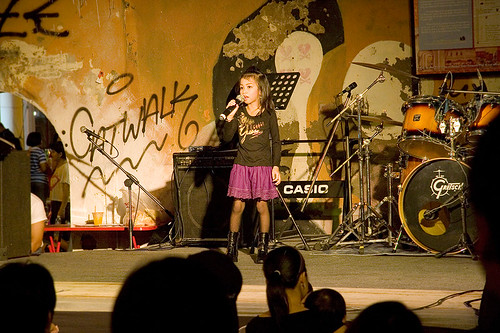 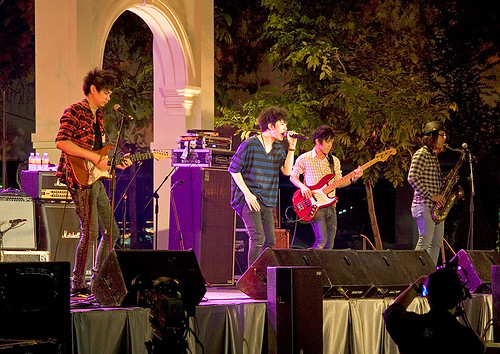 There were street stalls selling snacks and clothes and arts and kids toys and more. I do like these events in Phuket Town. I mean, I like Phuket Town anyway. The old town has so much character and history. Would like to have more time to wander about and take photos. The older buildings look great at night. 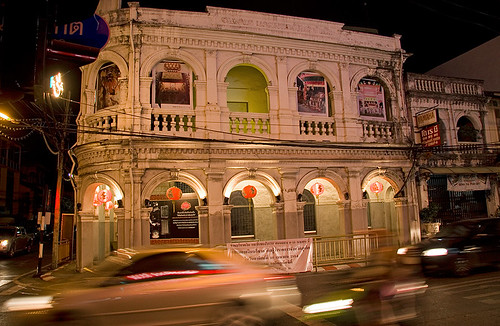 Some of the stalls along Thalang Road ... 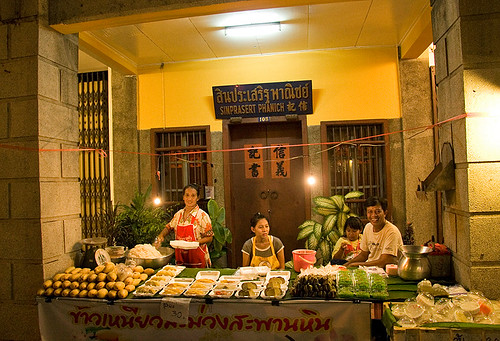 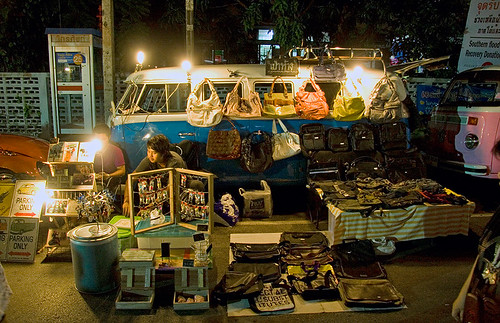 And there was the usual sketch artist, although not the usual model: 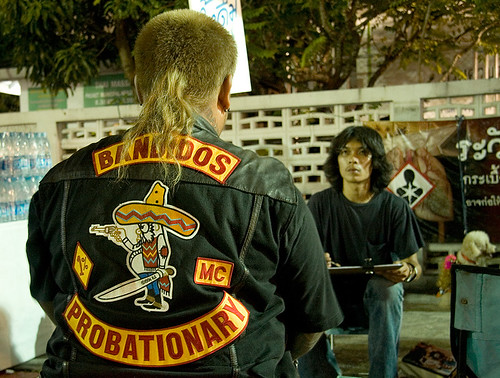 I do like taking photos in the night .. they don't always work due to lack of light, and the camera has to be set to ISO 1600 which can create some noise, but I like the atmosphere. Got some nice photos in town before at a Phuket Local Life festival back in December 2009. Old Phuket Town is great for photos anyway, but add a little festival or street fair and you get even more. 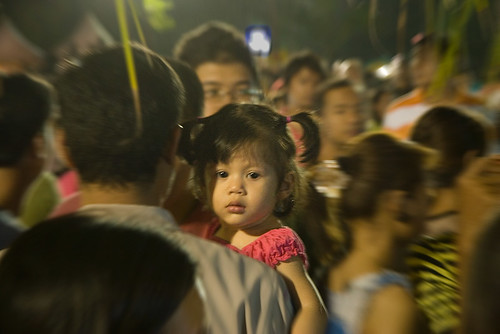 And the photo below is enough to assure me that Thailand is still the "Land of Smiles" - cynics abound, but ... if you smile in Thailand, you do tend to get a smile back. In fact it's quite a shock if you don't. Fair enough, you can't just go around smiling at total strangers... they might just think you're mad, but I find that in everyday Thai life, the smile is alive and well. The girl below had a street stall selling snacks. We bought some. 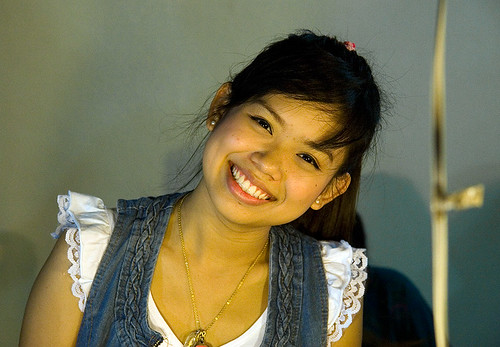 Apologies for this blog post being rather out of date - the photos were from the 10th, and on the 12th we drove 400km to Chumphon for Songkran. Today I was looking at the photos again and decided to blog them. For several reasons - I like Phuket Town, like the photos, and we enjoyed the evening. Phuket Town is certainly worth a visit any evening - the old town around Thalang Road in particular has lots of small restaurants and shops. The difference between this and Patong Beach is vast! It's all Phuket, but Phuket has many different worlds!


You have been reading : A night in Phuket Town for Japan