And now for something completely different... Phuket has all kinds of festivals during the year. Some are national (Songkran, Loy Krathong); some are related to Phuket's history (Vegetarian Festival, Heroines Festival); and some are very local festivals such as the Kathu Village Fair that I have attended the last 2 years (see links to information about all these festivals at the end of this page). Now something new! The Phuket Street Show, the first time there has been a festival like it, and based on the reaction, I'd say there's a good chance there will be another one next year. I saw the event mentioned in the local news websites and there was also a website (no longer exists), and the event was sponsored by the TAT, but was certainly not heavily promoted in the tourist areas, it was more of a local event. Nevertheless, I'd say all our friends knew about it and lots of them went. I managed to go on Saturday evening, but was working late other days - my wife took the kids on Friday and Sunday too!

The festival took place along Thalang Road, in old Phuket Town - below, a photo of Thalang Road taken on Saturday evening. Lots of people... there were about 6 different stages set up along the street stretching from the TAT office to the Thai Hua museum, about half a kilometer of entertainment! 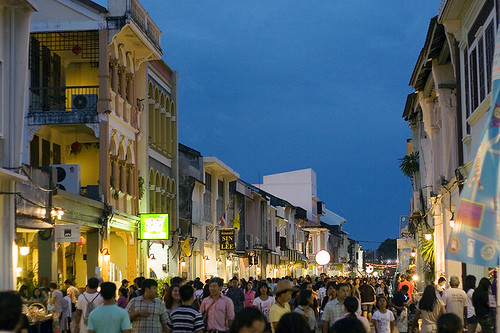 On Saturday, we arrived quite early - the shows started 5pm, and carried on until 11pm. Before 6pm the streets were not too busy, but after dark it got pretty crowded along Thalang Road. Between the stages lots of vendors were selling food such as mango and sticky rice, or little Thai style doughnuts (see pictures below). Our kids along with some of their friends, set up camp at "stage 3" and watched a man doing a balancing act, followed by a flea circus. 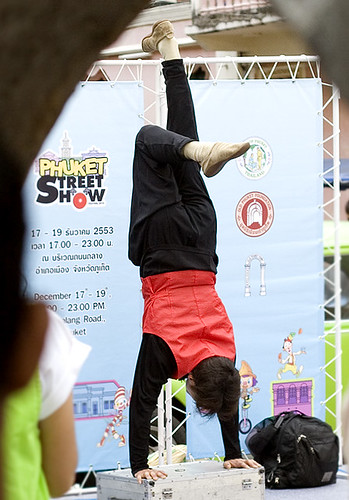 I wandered off to take photos. The street got pretty busy by the time darkness fell. Street vendors selling food and drinks were doing good business. After a couple of hours a very cold beer was welcome :) 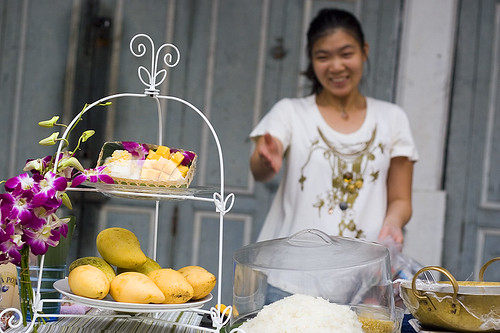 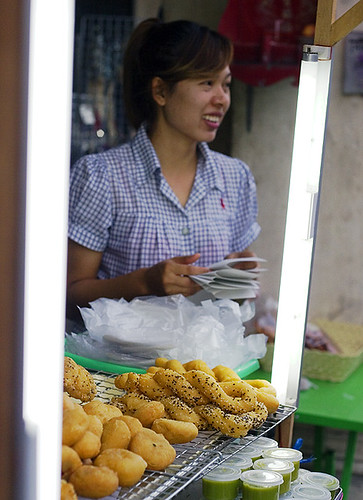 I never had a chance to see it all, I walked down to watch acts at other stages, but my eye was more drawn to the crowd than the show. The kind of comedy that appeals to Thai people is slapstick, silly faces, exaggerated postures, and a couple of the stages had acts just like this ... I love to see happy faces. This event made people happy. You could feel the happiness in the air. I love the photo below. Smiles. 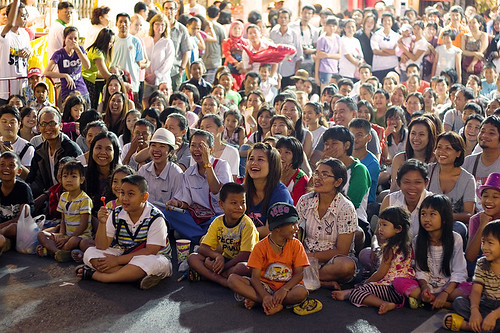 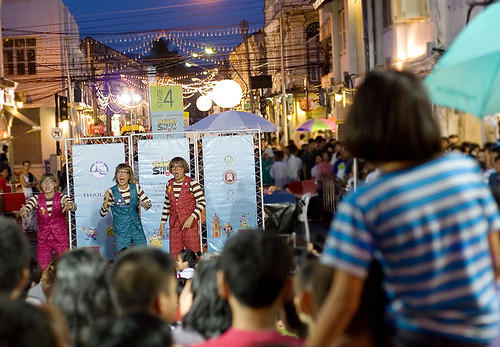 Once our kids had finished at "Stage 3" we walked further up the road. Thankfully on this warm evening, I was able to find a cold beer. And my son was able to help one musician with his act. Drums. One of these days, my son is going to ask for drums for Christmas. Not this year. First we have to build the soundproofed room. 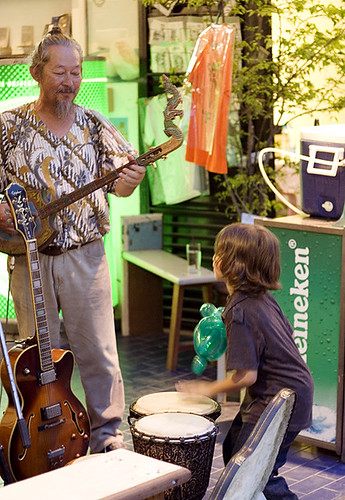 We headed to the stage outside the Thai Hua museum. A crowd of about 300 watched as a drumming troupe starting banging. Drums! Our son gradually worked his way forward until he was sitting near the front. These guys were good. A great show. 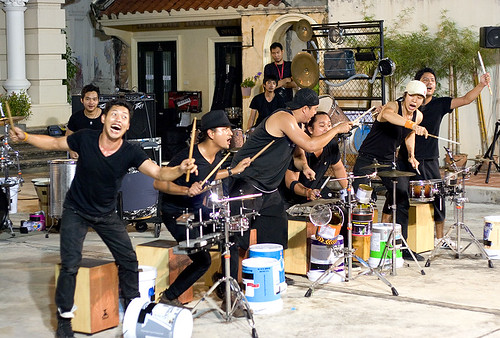 A few more of the performers ... I did not get to see them all. Acrobats I did not see - blurry photo below taken by my daughter on her little pink Sony Cybershot. She also took a couple of wobbly videos which I might try to upload later. 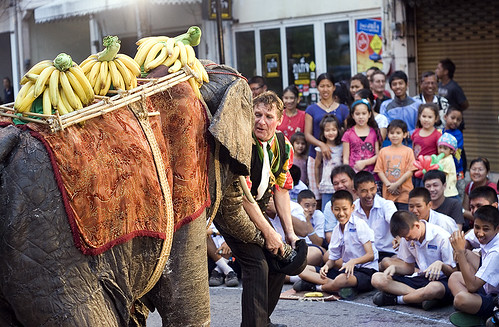 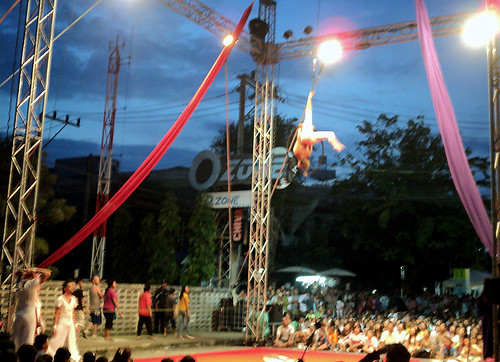 A light rain fell, just a few drops, not enough to stop the show. But it was getting late for the kids. This was a fun event. Hope it happens again. If you were here in Phuket and missed it, take note - Phuket Town is the place to be for local life, events, festivals. I didn't know about the street show myself until a couple of weeks before. It's worth keeping your eyes on local websites or follow me on Twitter!


You have been reading : Phuket Street Show Festival 2010