I first blogged Khao Khad Viewpoint back in 2006, updated with this post in 2010. The viewpoint is still the same, built at some expense with a tower, car park (where I have never seen more than half a dozen cars) and a little shop selling drinks and snacks. Owner looking rather bored. The Khao Kad View Tower is not too hard to find if you follow the road down Cape Panwa. We detoured up to the tower last weekend on the way to The Beach Bar, it was late afternoon and I'd like to be up there for sunset sometime as you look west across Chalong Bay towards the hills including the Big Buddha. There is a 360 degree view from the top of the tower, looking west across Chalong, north to Phuket Town, east across the sea towards Phi Phi and south across several islands.

The tower and facilities were obviously built with the idea that hundreds of people would flock here for the views. But Cape Panwa remains a quieter area of Phuket, which is why we like it so much! The tower is about 20 meters high atop the hill (Khao Kad.. Khao = Hill). Steps lead directly up to the tower or there is a network of pathways through the trees... 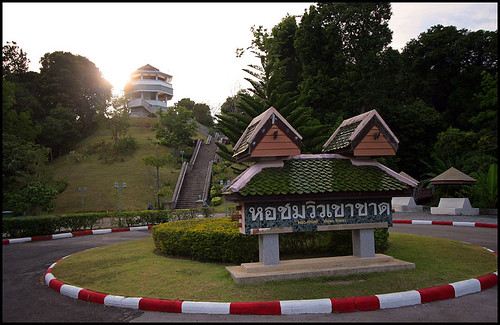 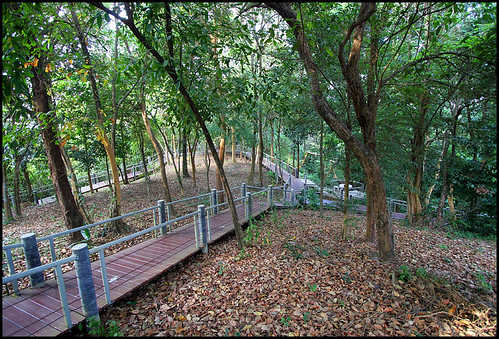 At the top, plenty of fresh air and views.. this is looking across Chalong Bay: 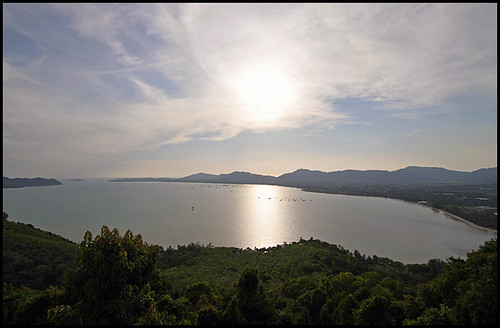 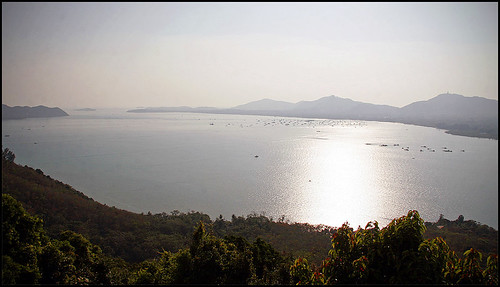 And this view looking South, you can see several islands the nearest (little) island is called Koh Thanan, behind that is Koh Lon, which is around 4km from end to end and the highest point over 250m above sea level. Behind Koh Lon is Coral Island (hill in the center of the picture) and in the far distance is the highest point of Racha Yai, about 25 kilometers south of Phuket. 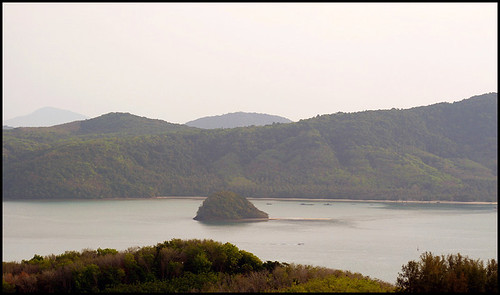 Zooming in to the west.... this is the Big Buddha, it's about 5 miles away as the eagle flies: 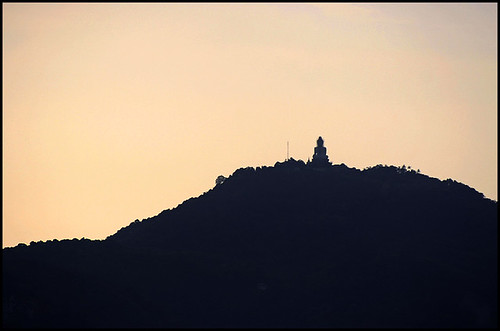 And this view, zooming in to the east - the island lit up by sunlight is called Koh Doc Mai (15km away), and beyond, despite the hazy day you can make out Phi Phi which is over 40km from Phuket. 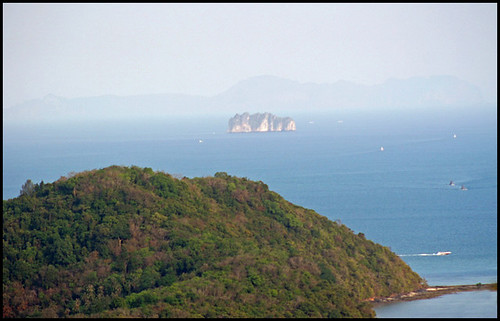 An eagle cruised around the hill as we enjoyed the views. My 300mm zoom lens was just about good enough to snap some photos. Marvelous birds, eagles. After a few passes, it headed off south - much of Cape Panwa is still forested and natural, a good home for an eagle family. (Update: It's a Brahminy Kite, actually). 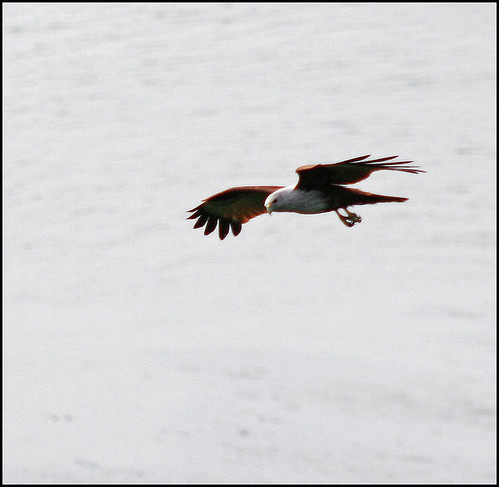 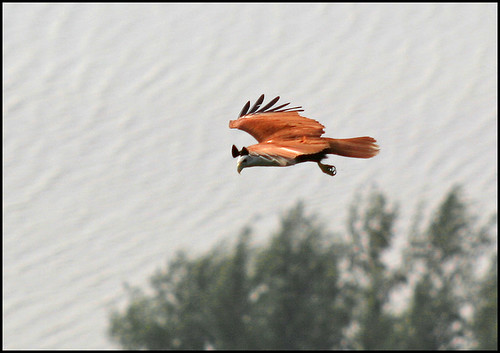 Cape Panwa is a world away from the main tourist areas of Phuket but has been developed quite a bit in the last 5 years with several new resorts opening. Good place to stay if you like peace and quiet. Hotels include the Cape Panwa Hotel, Panwa Beach Resort and Sri Panwa. Cape Panwa is also home to Phuket Aquarium.


You have been reading : Views from Khao Kad View Tower at Cape Panwa