I love temples, and have blogged more than 30 temples and shrines in the Phuket area. If you think temples are boring don't click here: Phuket Buddhist Temples. There are a few "on the list" to be blogged more for the sake of completeness than anything else. But imagine a sunny morning, driving through Phuket Town with my wife .. kids have been dropped at school and we've dropped a broken laptop off for repairs. We're driving on familiar roads, heading north near the Vachira hospital. There is a little-used side road by the hospital that heads up to the top of Rang Hill. My wife asks - do you know the temple up this road?

I must have driven this way before, but seem to have missed Rang Hill Temple (Wat Khao Rang). Hidden from view up that small side road by the hospital is something quite impressive! There's more than one Big Buddha in the Phuket area ... 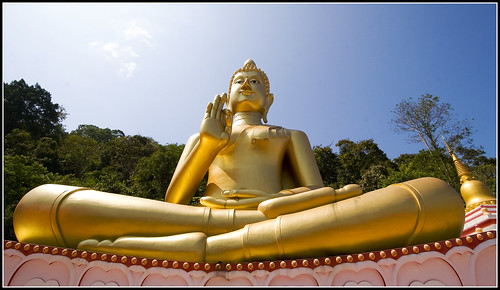 OK, it's not as big as "The" Big Buddha, but it's very nice all the same! We got to the temple late morning, but I did not have my camera with me (had not planned to stop anywhere), so we had a quick look, bumped into a local photographer who was taking photos for the Phuket dot com website, we dashed home, got the kids from school and told them we were going to a temple! Hooray, they said! Well, not quite, but I promised this temple would be one they'd not seen before. they thought the Buddha was pretty impressive too. 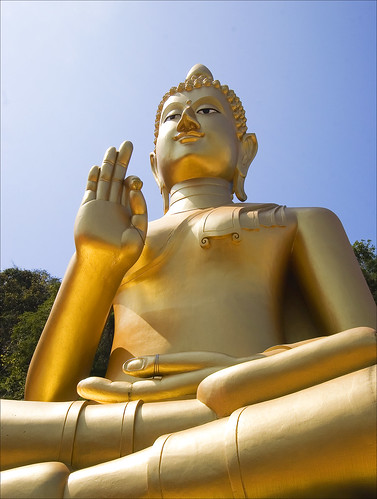 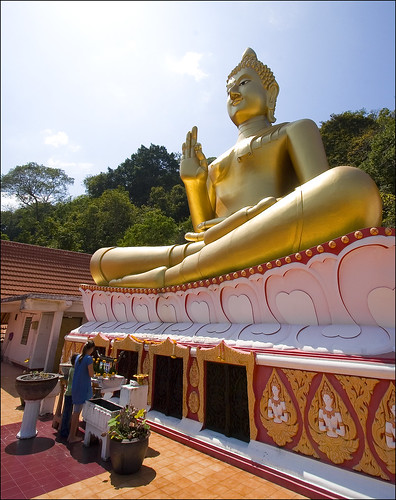 (above) My kids say a little prayer in front of the Buddha. Rang Hill Temple was founded by the famous Monk called Luang Pu Supha, who some claim to be the world's oldest man (not ratified by Guinness). His image can be found on amulets for sale at the temple (there's a sizeable shop below the Big Buddha). He now lives at the temple named after him : Wat Luang Pu Supha, also in Phuket. 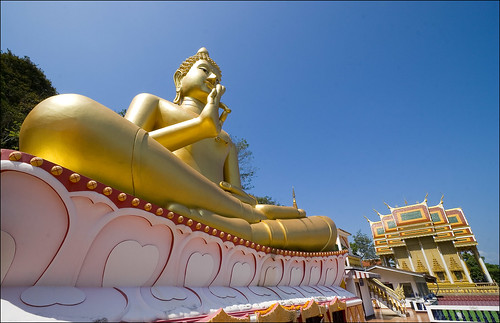 The view above shows the new temple building beyond the Big Buddha - the new temple looks to have been very recently completed and is reached by a separate staircase (also new) with Naga snakes guarding the entrance - the snake's bodies stretch all the way up to the top... indeed carry on around the perimeter of the temple. 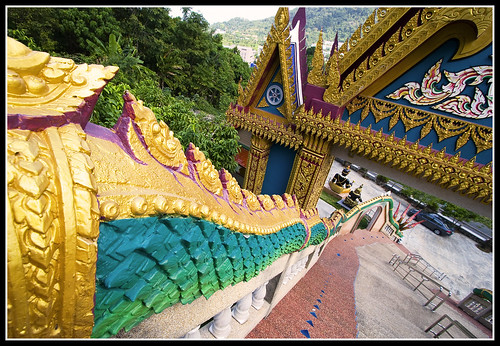 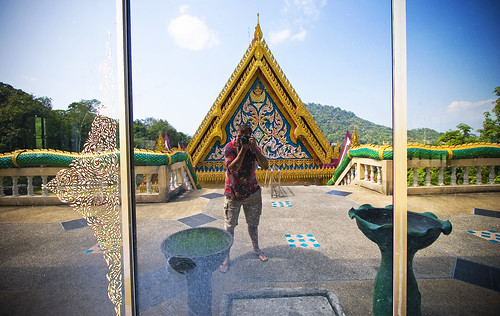 I did not enter the new temple... rest of the family had seen enough and were waiting in the car.. in any case I will return sometime soon a bit earlier in the day, when the light is better for blue sky-golden Buddha photos. Anyway, it was very nice for me to visit a new temple, and one with something different to offer. There are a couple of other temples with Big Buddha statues in Phuket, both are reclining - try Koh Sirey Temple, or Sri Sunthorn Temple. Read more : The Big Buddhas of Phuket.


You have been reading : Wat Khao Rang (Rang Hill Temple)