Hey, this is Thailand you know! It's not just Bangkok that has temples, though the Grand Palace and Wat Arun are pretty hard to beat. Phuket has many Buddhist temples and if you want to see more than just a beach, get a taste of local life, one of the many Phuket temples is a very good place to start. The largest temple in Phuket is Wat Chalong, which can be quite busy with locals and tourists, but every area has it's own small temple if you want more of a local flavour and a bit of history. In Kathu village close to where I live you find a Buddhist temple (Wat) and a Chinese shrine. There are temples near all the main beaches too. There are about 30 Wats in Phuket with 25 featured on this blog!

Thalang is a town right in the center of Phuket island, not near the beach, and was once the seat of local government. In 1785, the people of Phuket rallied at Thalang to fight off a Burmese invasion, a date that lives long in the history of Phuket. Wat Phra Nang Sang was built on the battleground and a yearly festival celebrates the event. The Thalang area has some large and important historic temples. 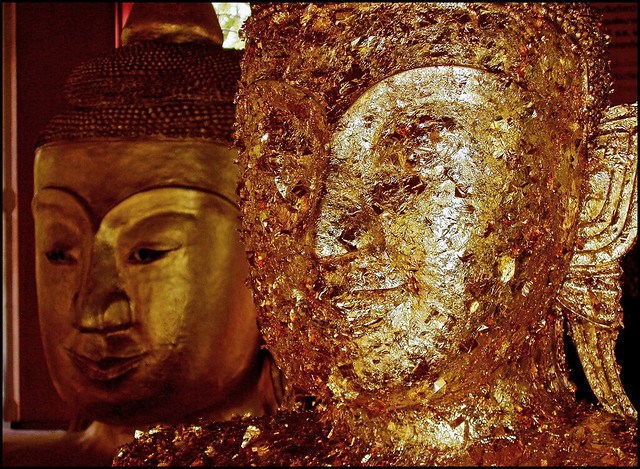 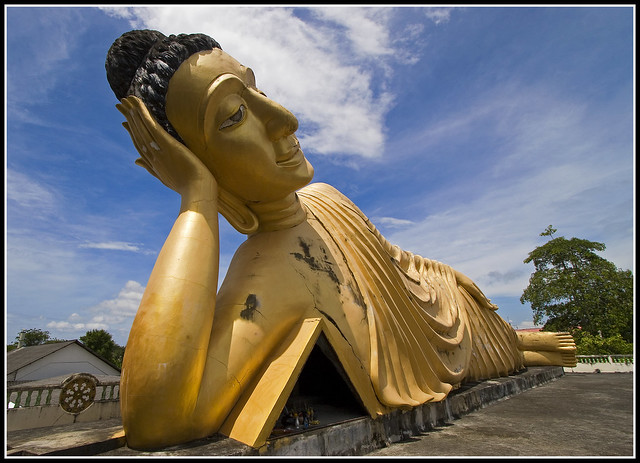 Wat Chalong is the largest of all Phuket's temples and the most visited. In the same area are other smaller local temples, which are much quieter! I pass Chalong temple almost every day. It looks especially nice in the early morning light. 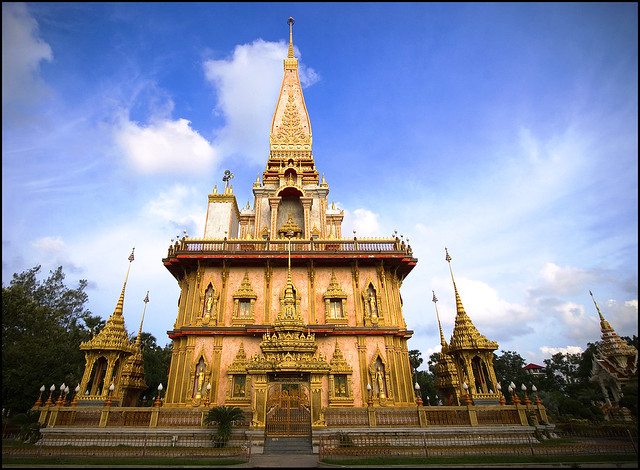 And of course there's the Phuket Big Buddha which is also near Chalong sitting high in the hills 400m above sea level. Not exactly a temple, but certainly a site of pilgrimage and a place to say prayers to the 4 winds. 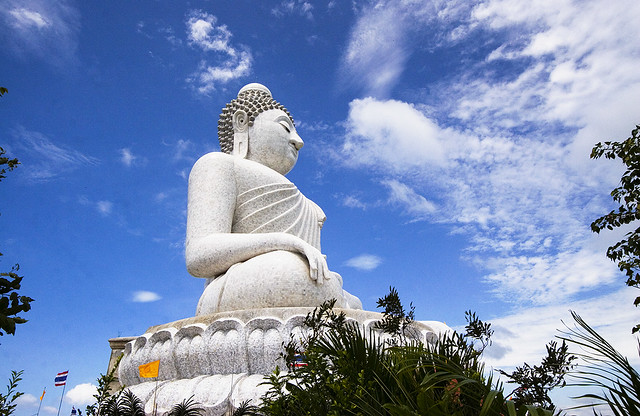 (above) The Big Buddha, still not quite 100% ready. But great anyway!

Phuket Temples near the beaches

Most of the beach areas of Phuket also have older local communities even if the old way of life has largely been swamped by tourism. Before tourism hit Phuket, hardly anyone lived by the beach except fishing families. If you get off the beach and look on the back roads you can find the older areas, and that's where you find the temples. Karon temple is only a few minutes walk from the beach and Naiharn temple is almost on the beach. Others like Patong or Kata are away from the beach, but easy enough to find.

All over Phuket, in every village or tambon you will find a temple. I like the feel of the local temples. Every one has it's little differences and they are little havens of peace away from daily life. 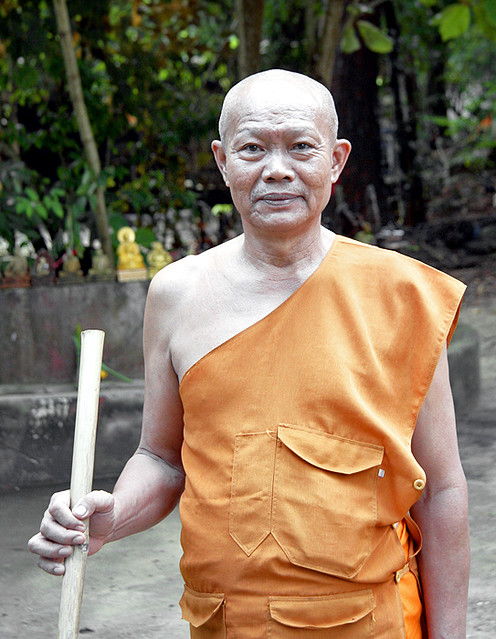 Temples in Phang Nga near Phuket

Now and then we might visit a temple that is not in Phuket. We have stopped several times at Wat Suwan Kuha in Phang Nga province. Big reclining Buddha in a cave, monkeys, well worth a visit! Also on the way to Phang Nga town is Wat Manee Sri Mahathat featuring a huge statue of a famous monk. And in Phang Nga town is Wat Thamtapan, a very odd place featuring statues of Buddhist Hell! Beyond the town, Wat Bang Riang is a really stunning place to visit. 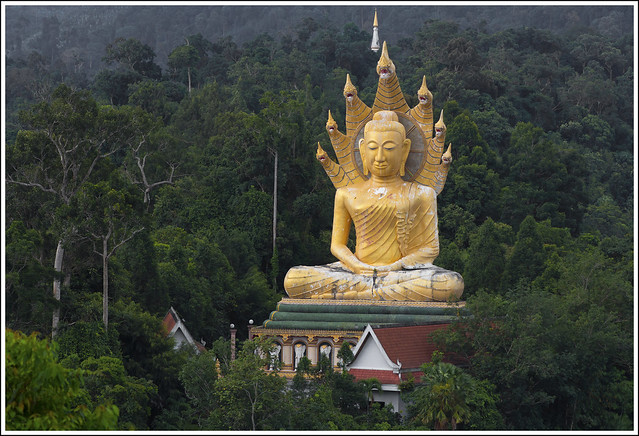 Chinese shrines are important during the annual Phuket Vegetarian Festival which has been a Phuket tradition since the mid 19th century. Many Chinese moved to Phuket in the 19th century, and there are about 20 shrines around the island, mostly near Phuket Town. 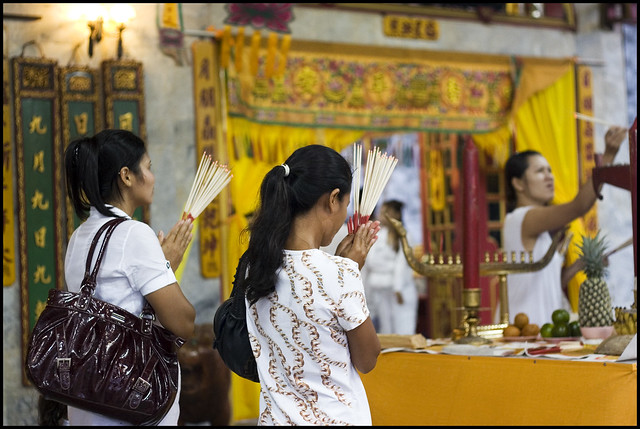 (above) Prayers at Kathu Chinese Shrine

Most Phuket temples and places of worship on the blog are Buddhist / Chinese. However, it's worth mentioning that Phuket has a sizeable Muslim population (around 25%), and there are several quite large mosques around the island - so I wrote a blog post ... see Phuket Mosques. There are also quite a few Christian Churches in Phuket. There's a street in Phuket Town that features a mosque, Catholic church and Chinese shrine! There's also a Hindu temple and a Sikh Gurdwara almost next to each other in Phuket Town. In Phuket the different religions and beliefs mix together without any problems, a good example for the rest of the world.


You have been reading : Phuket Temples