In a place like Phuket, well known for it's tourism, the local life is often overlooked. Phuket has a rich and diverse history and the people of Phuket are a true mix of races and religions as one often sees in port towns around the world. The Kathu area of Phuket was the original center of the huge tin mining industry in Phuket bringing with it many Chinese workers. The mines are now all closed, but tin mining, along with rubber made Phuket a wealthy area well before the tourists arrived. The Chinese influence is clear in Phuket, both in Phuket Town and in Kathu, with many Chinese shrines in evidence, Chinese writing on many shops and many a Chinese-looking face. Forgive me if I'm wrong, but I believe the keeping of caged birds is very Chinese influenced, and you see many bird cages in Phuket. 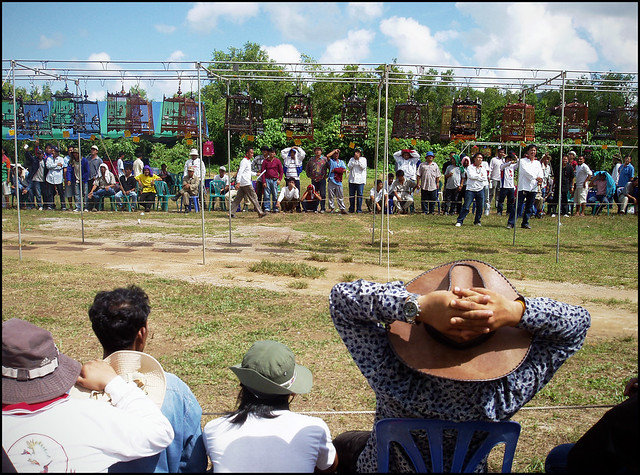 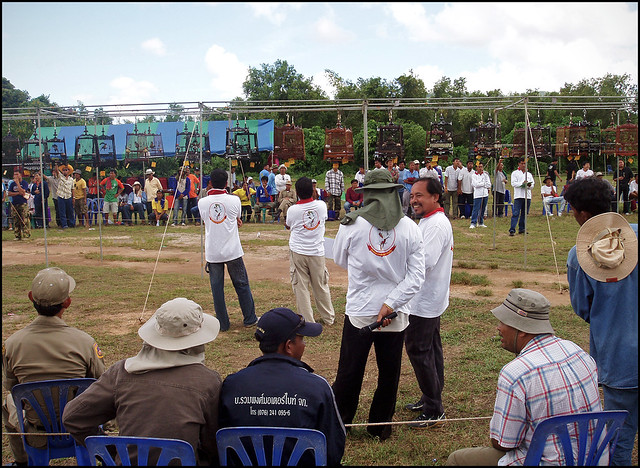 Hard to know what was going on, but the bird owners were sure taking it seriously. As I understand it, the birds were judged on their singing in several ways - how much they sing, how long they can sing for and how nice their songs are - something like that. There was a huge scoreboard plastered with the scores. I think you'd have to be a local bird fancier to know exactly what it all meant. My wife didn't have much more of a clue than I did. 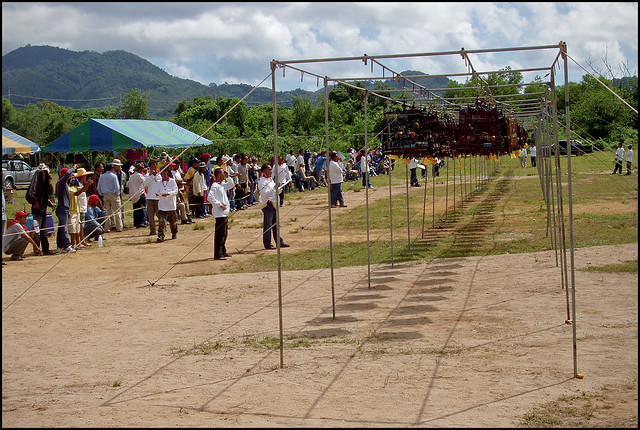 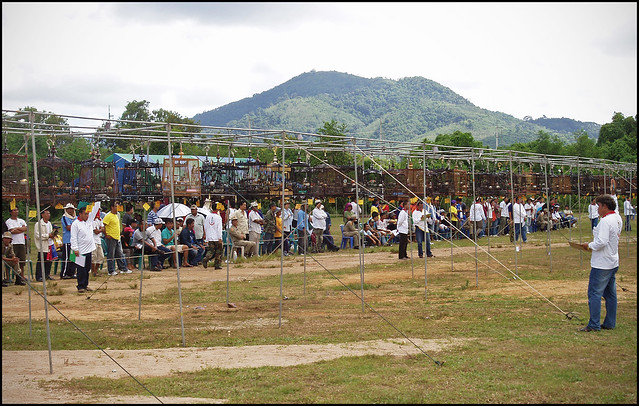 There were a couple of hundred birds hanging in their cages. Judges would stand and take notes, and when a whistle blew, it looked like the owners would call to their birds. Owners had to stand a set distance from the cages behind the judges. I must say it was quite a spectacle, and I do enjoy finding some local life in my local area. No plans to buy a bird though! 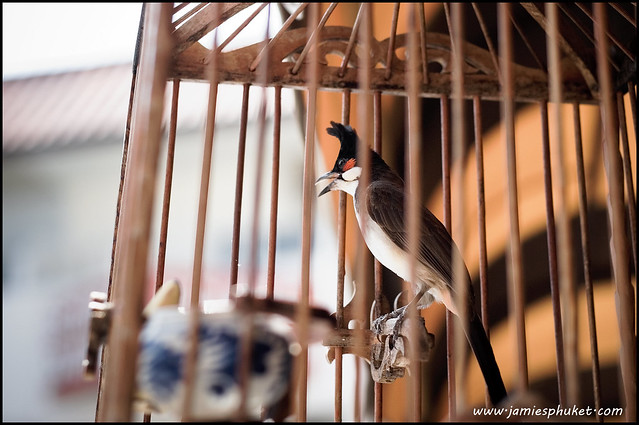 (above) Songbird in a cage

You have been reading : Singing Bird Competition in Phuket