We love hills and great views, so we're very lucky living in this hilly part of south Thailand. Phuket has lots of amazing views and hills over 500m above sea level. To the north of Phuket, over the bridge, you have Phang Nga province, which is largely rural and also hilly. Although this is the "Phuket Blog" there's a lot on here about neighbouring provinces too! Viewpoints have been opening up to the public on privately owned land over the last few years. In early 2016 we found Khao Kai Nui, which had not been open that long, and then later in 2016 we visited Samed Nangshe, which really is gorgeous. And just recently we visited Black Rock Viewpoint in the south of Phuket, which has been there but rather secret for a few years and now has an improved road and some signpost (in Thai only!) It seems that anyone who owns land on a hill is opening up their land. So long as it's kept neat and tidy, I'm all for it. If the hillsides in rural areas start getting lined with sunset bars, hotels and bus loads of Chinese tourists, maybe not so good.

So last week we took a family drive into Phang Nga. I had seen a viewpoint called 'Kuan Ta Eiam' on an Instagram post by some local video makers (Fat Mango Videos). The pictures looked like Phang Nga, and they sent me a location, thanks! Just a few kilometers from Samet Nangshe, so our little drive had 2 objectives .. to find Kuan Ta Eiam and also to re-visit Samet Nangshe and see what had changed since last year. We stopped first for a late breakfast at the Benyaran Museum, which is on the way, a place owned by a local landowner, and we really should visit the museum sometime soon. But the museum also has a decent restaurant with inexpensive, tasty Thai food and aircon and we have eaten there a few times. It will be blogged!

After eating we headed to Samet Nangshe ... I want to blog more about this because there is a new place opening a couple of hundred meters along the hill and we had a look - a boutique hotel with camping and a small restaurant. It's being tastefully done, the owner is the same owner as the Benyaran museum. We plan to return and hire a couple of tents for the night when it's 100% open. Right now it's open, but with builders! Tents for the night I think they said 600 Baht for 2 people. This is for the future ...

Kuan Ta Eiam we found to be unsignposted. But it is marked on Google Maps, so we found the correct side road and then guessed the right dirt road heading uphill. 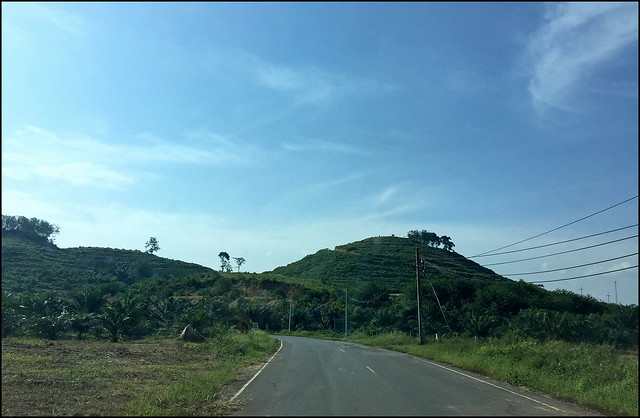 (above) Driving towards Kuan Ta Eiam - looks like it must be up on that hill ... 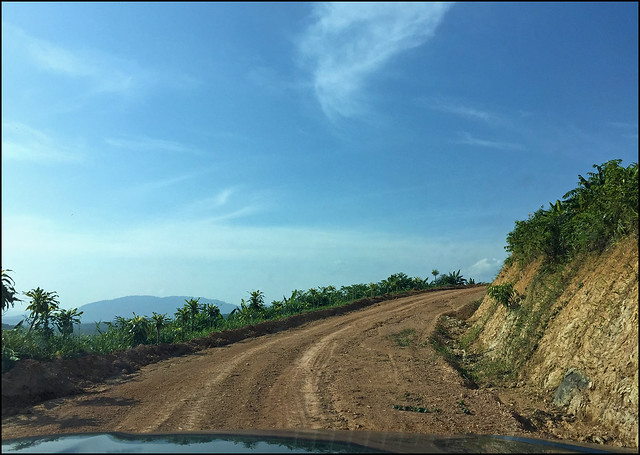 (above) Dirt road heading up .. it was dry, easy to drive (we don't have a 4x4), but if the road was slightly wet I would think twice about trying this! There were no signposts at all, but at the top we found a large parking area, benches, and it's obviously being set up as a viewpoint, but as yet there is no entry fee, not even a drink stall, and there were no other people at all. I actually wondered if we should be up there. Maybe a farmer would shout "Get Of My Land!"

Looking in one direction there are hills and fields ... 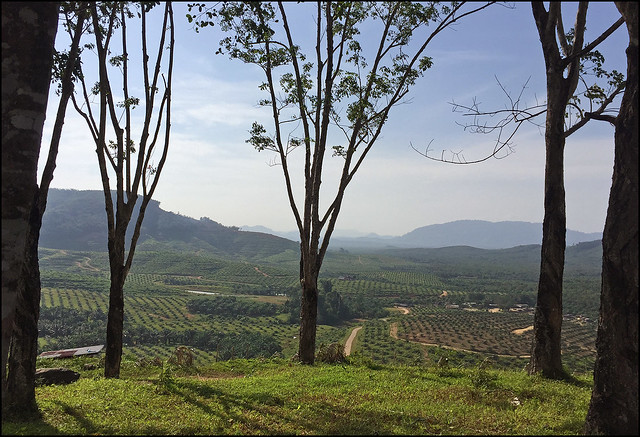 And looking the other way ...

(above) Our own view .. you can see this image full screen here. 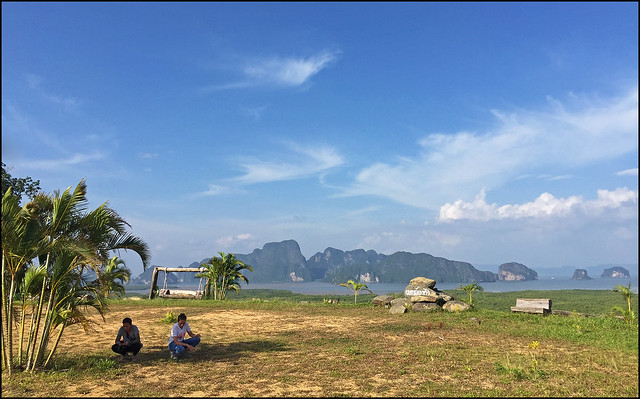 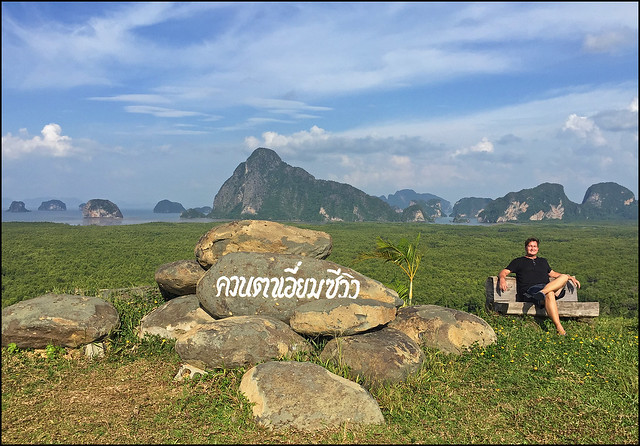 (above) Enjoying my own viewpoint. Maybe this place will have to play second fiddle to Samet Nangshe, as the view from there is slightly more spectacular. But we very much enjoyed this little afternoon of exploration, as we often do. This part of Phang Nga is quickly becoming a popular attraction. We first drove around here in June 2015 and there was really nothing developed. The Samet Nangshe viewpoint opened in 2016, and then the fishing village of Hin Rom started a village collective, with longtail boat trips and a small restaurant later in 2016 - we did a trip exploring caves and islands in November 2016. I feel like we have grown up with this area. And we plan to be back again and sleep in tents at Samet Nangshe for a night! Very nice to find Kuan Ta Eiam and have the place to ourselves. Another nice little family day out :) 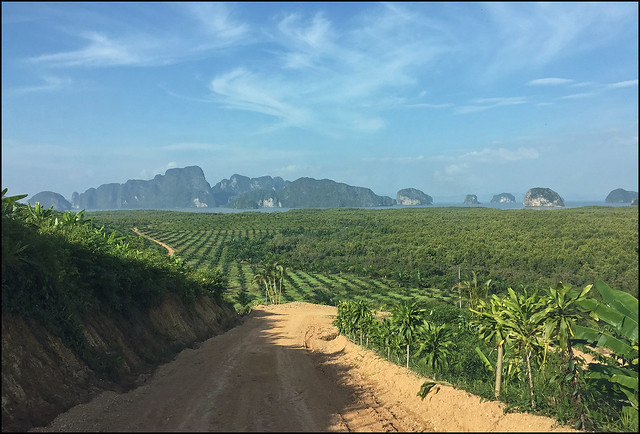 (above) Kuan Ta Eiam - the road is rather scenic on the way down too!

You have been reading : Kuan Ta Eiam Viewpoint (ควนตาเอี่ยม)