Having worked for several years (2001 - 2004) within walking distance of Karon Temple, you might think I'd have been for a look around before, but that was before this blog got started in 2006. Once the blog kicked off I explored a lot more! Phuket is full of temples, though many visitors here don't bother with them - after all, if you have stopped in Bangkok, chances are you've "done" temples already, but Phuket has some notable historical temples and every community has it's own temple. I find every temple has something different, but all have a certain peace about them. I took a walk around Karon Temple for the first time one day in December 2007 and have been again several times since. 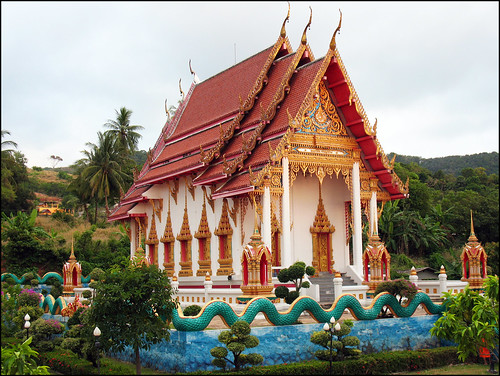 Karon Temple is about half a kilometer from the beach along Patak Road. If your hotel is towards the north end of Karon Beach, the temple is easily within walking distance and certainly worth a few minutes of your time if you can drag yourself off the beach. 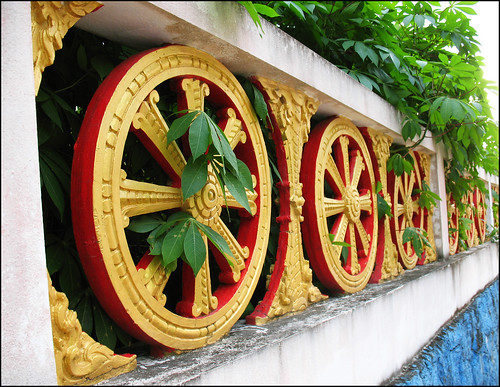 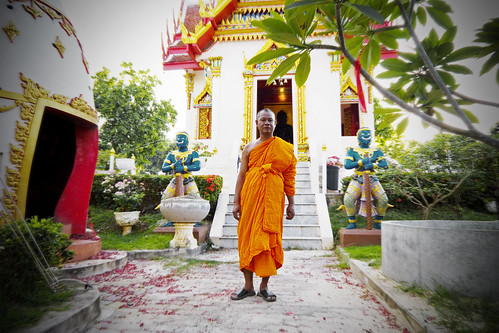 It's quite an attractive temple and while I was there several monks were working around the grounds keeping their temple neat and tidy. The main building is guarded by 2 huge snakes (Nagas) whose bodies continue round the entire building. The doors and windows are engraved with scenes from the life of the Buddha. As I walked around, a couple of temple dogs came to visit. 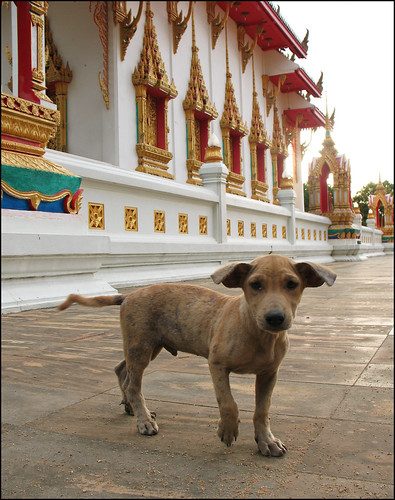 And a Monk was doing the gardening ... 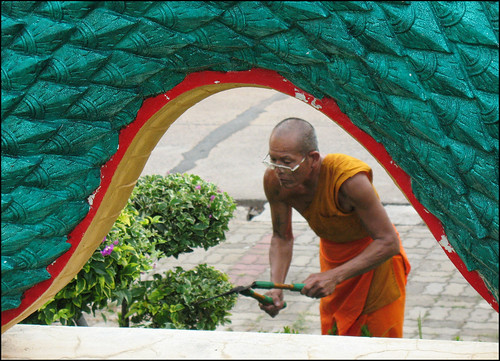 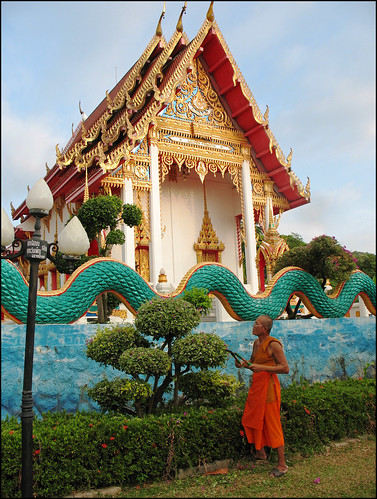 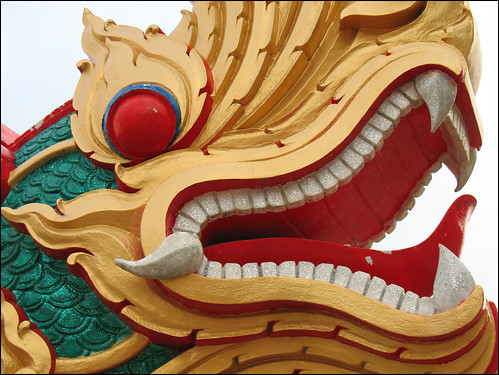 Another building is guarded by rather bizarre blue monsters... these are called "Yak", supernatural beings that feature in old Buddhist texts. They scare off spirits and keep the Buddha images inside safe from harm. Inside is a distinctive black Buddha image along with a couple of rather Hindu looking images - a cow and a statue of Kali. The two religions are actually closely related - read more here: Buddhism and Hinduism. 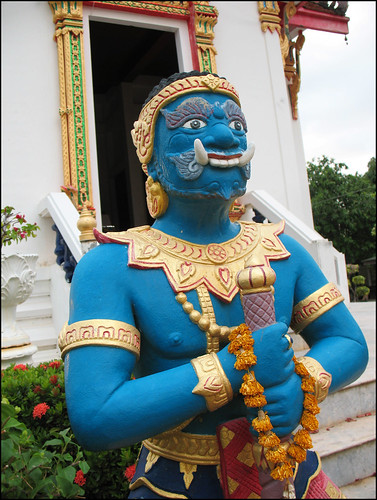 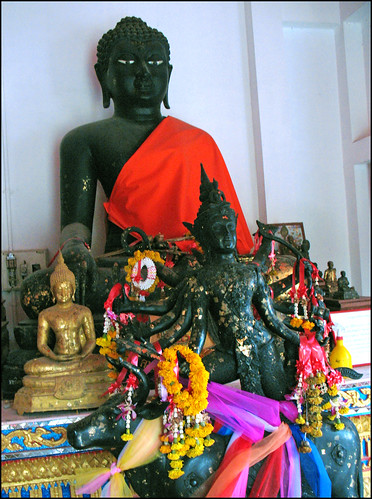 Tuesday and Saturday afternoon / evening is a good time to visit Karon temple, as there's a market on those days with lots of food, clothes, jewelery, shoes and more. On other days the temple will be much quieter. Rather like Patong Temple, if you visit Karon Temple you can find a little oasis of peace just off the main road and close to a busy tourist zone. With temples like this so close to the hotels, there's no excuse not to visit!


You have been reading : Karon Temple (Wat Suwan Khiri Khet)