Kathu district covers a large part of Phuket from Patong to the edges of Phuket Town. It's an old area of Phuket with lots of history, where the Phuket Vegetarian Festival originated and was the center of the tin mining industry in Phuket for 200 years. And it's where we live, as do thousands of other people. There are older streets and lots of new housing in Kathu. Lots of shops, schools, hairdressers, temples and the odd aircon dealer and vet. You know, normal everyday life. From Patong to Kathu takes 10 - 15 minutes by car. Patong is tourism central. Kathu is where people actually live!

On the way home from work last week, I had noticed tents and a small stage being erected along the road between Ket Ho junction and Kathu village. So on Friday night we went to look at what was going on. This was a very small local fair for the local community, the municipality basically blocked off half the road for a few hundred metres and in came food stalls, games for kids, and the first thing we saw, dance performances by kids from the local schools. 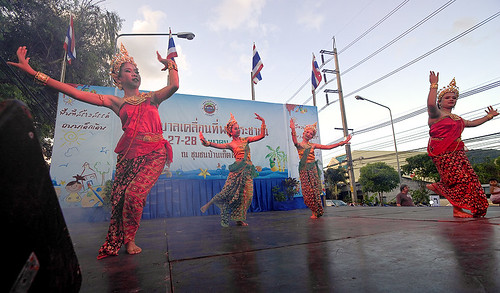 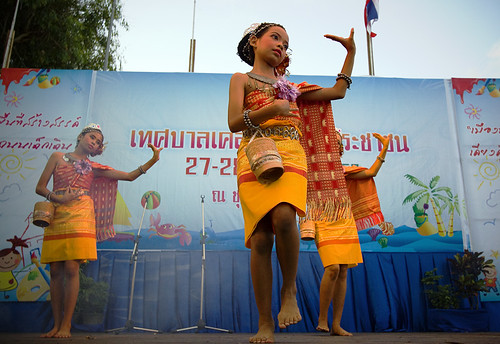 We watched a few of the dances and then took a little walk along the street. It was pretty crowded, given that everything was packed onto one side of the road and there were stalls lining both sides. The kids had already seen that they could do some painting, so we dropped them at the painting stall where they could entertain themselves for 20 Baht and get a canvas and paint, sit down and create a masterpiece. 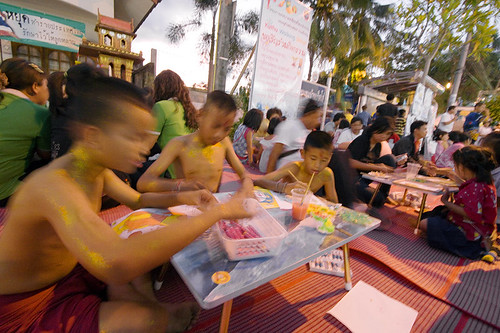 Many of the stalls were selling food, everything from spicy sausages to grilled squid and spicy salads. We actually went back on Saturday (the fair was on for 2 days) and bought up a whole load of snacks, back to our house with some friends, pick up some cold beers on the way and whaddaya know, an impromptu party! 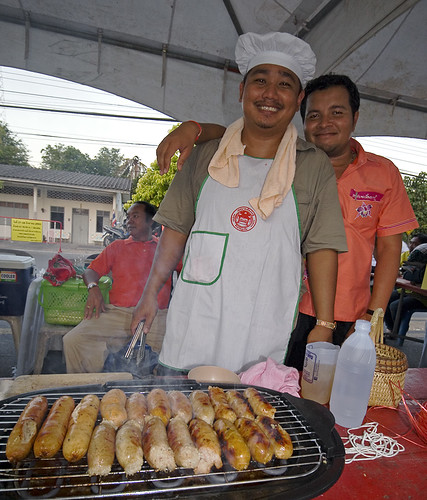 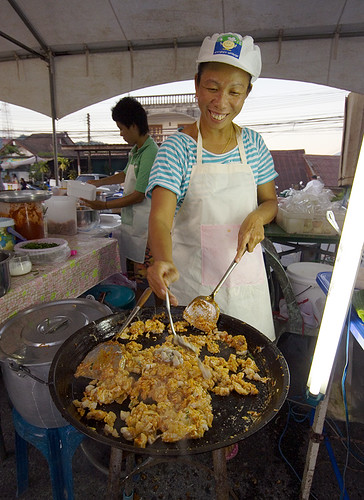 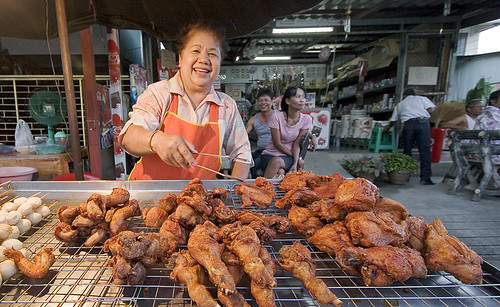 It was a fun thing.. very Thai... "Oh what the heck, lets close off the road and have a party!". And a LOT of people were there, or it seemed like a lot in the narrow space. I liked this bunch of kids all dressed up and painted dancing with bamboo poles.. I think this is a Northern Thai tradition actually, but given the number of immigrant workers in Phuket, no surprise to see it here. 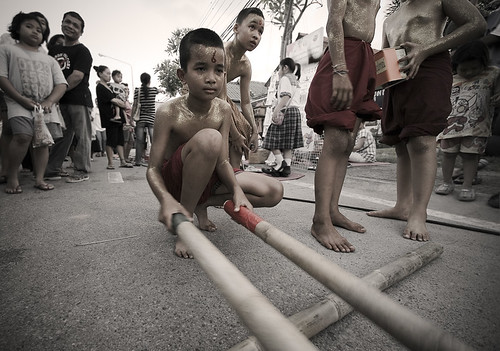 Meanwhile, our son had completed his Ultraman painting, and our daughter had done a cute cat. Our kids like these events, in fact they seem to enjoy doing pretty much whatever we do. I am thinking of writing a "Phuket for Kids" page, but from my point of view, I say just take your kids along to whatever you do, except maybe shopping and massage. It's different as residents but wherever we go, our kids see something new, and learn something I hope. On Saturday we took a little detour and drove round some back roads in the center of the island passing huge fields of pineapples. We stopped to show the kids - this is what pineapples look like when they're growing. Now they know, and I tell you, kids enjoy knowing things. I had no idea how pineapples grew until I saw them here! Anyway, here's Ultraman: 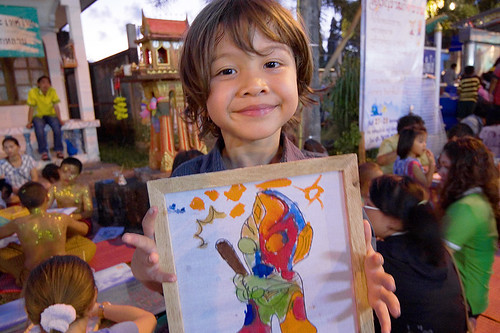 And a quick word for our sponsors... it needed a good bit of support by the local constabulary to run the event, to keep traffic flowing since the fair took up half the road! This guy below is a local policeman who we see often, sometimes on duty, sometimes in local restaurants. I have also seen him with pierced cheeks during the vegetarian festival - check the scars... 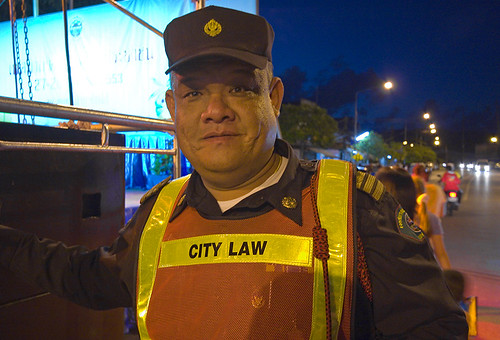 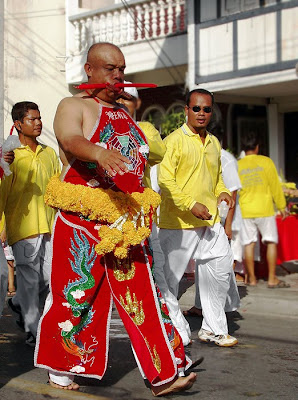 I realise this kind of very local street fair will pass most visitors by, but I know some tourists do like to explore, rent a car, drive around, find some back roads.. where the real Phuket is found. Welcome.


You have been reading : Local Street Fair in Kathu Village