Loy Kratong is on a different day each year, falling on the Full Moon of the 12th lunar month, which is normally sometime in November. This year (2021) November 19th. Loy Kratong is celebrated all over Thailand with particularly large ceremonies in Bangkok, Sukothai and Ayutthaya. Here in Phuket, festivities are quite extensive at the main beaches such as Patong and Karon, and anywhere else you find water - which is everywhere, being that Phuket is an island. We normally go and float our kratong at Bang Wad Reservoir, which is the largest reservoir in Phuket and is not far from our home in the Kathu area of Phuket. The word "Loy" means Float, and the Kratong is what you set afloat - read on...

Of course there are stalls all over the place on the day selling ready made kratongs, but we decided to DIY this year, ending up with a kratong that just about floated without tipping over! To make a kratong you will need - cut slices of banana stem to make the base, banana leaves to decorate, flowers, incense sticks, candles and pins to hold it all together! And voila - you have a kratong... 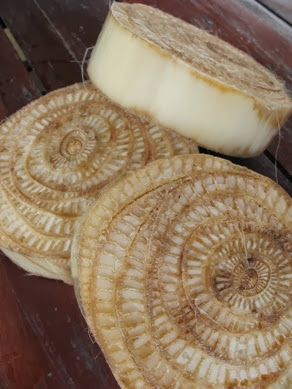 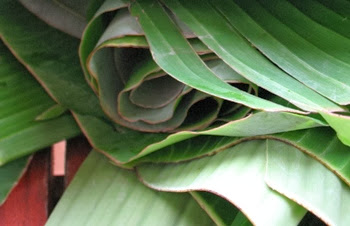 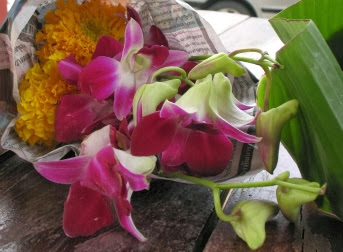 (above) What you need to make a krathong - banana stem, leaves and flowers

The banana leaves are cut and folded to shape and pinned to the base... My wife did all the hard work - she had never made one before - I mean, you can buy them everywhere very cheaply ... She made a special double decker kratong. I think it turned out beautifully! 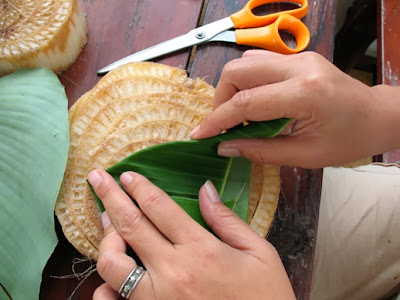 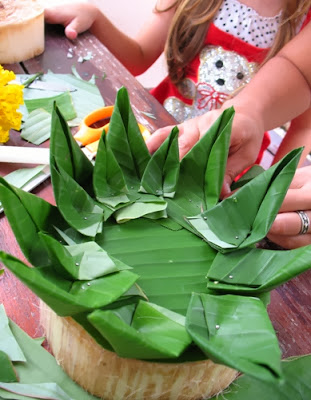 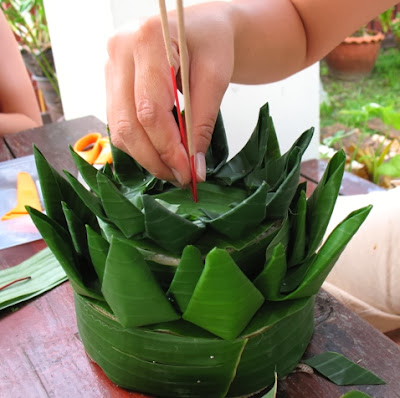 (above) We made it a double decker krathong

Add some flowers, and it's ready... Our family kratong! Into the kratong we also add small cuttings of hair and nails from family members which will float out into the water with the kratong. Now we just need to float it! 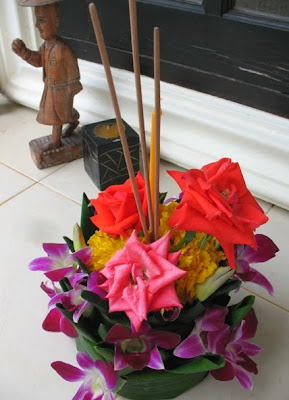 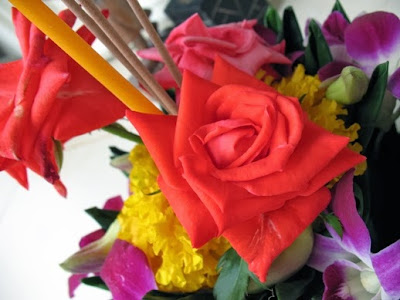 (above) Flowers, incense and candles on the krathong