I wrote this blog post in 2007, now updated 2013. I have to say - we have not been to Nai Yang for ages! Need another trip in that direction soon. We live in Kathu, near Phuket Town, so it's only around a 30 minute drive, would be closer to an hour if coming from Kata or Karon beaches, or 45 minutes from Patong. If the traffic is good! There are two ways we can get there - first is head directly for the bypass and airport road, quicker but not pretty. Phuket has some big, busy roads and you do need to drive on some of these to reach the quiet places! Or, if coming from the main beaches, you can just take the coastal route via all the other beaches on the west coast. Nai Yang Beach is the closest beach to the airport. 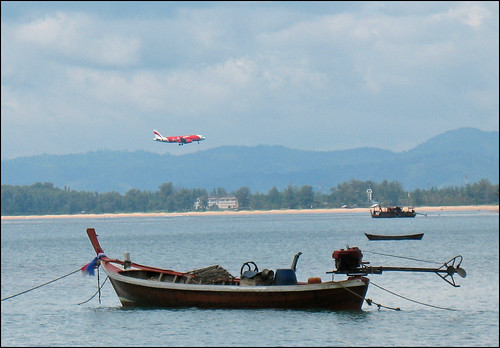 Nai Yang (above) - great for plane spotters! The airport is just to the North and planes normally land over the ocean, so you can see them coming in. Despite the proximity, there is no noise. Maybe you can hear engines roar a little when planes take off, but it's nothing much. If you walk a bit north you can reach a point right under the flightpath at the end of the runway - see Plane Spotting in Phuket!

Getting to Nai Yang by the main road, you pass the Heroines monument, go through the town of Thalang, and then you have 2 choices to reach Nai Yang by turning left either on a small side road, or waiting until you reach the main airport road. The small road heads through quiet countryside - there are lots of rubber plantations and fields of pineapples in the north of Phuket - before arriving at the entrance to the newly refurbished 5 star The Slate Resort which is way down the south end of Nai Yang. Then follow a narrow road and you'll come to the beach. 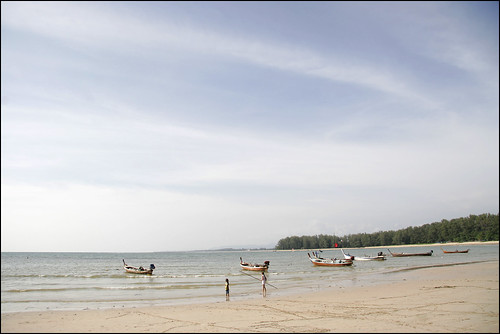 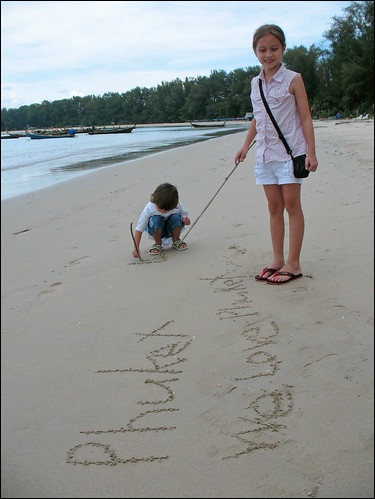 Nai Yang is a beach of many parts. The central area has other hotels aside from The Slate, such as Nai Yang Beach Resort. It is quite crowded down here at times with little restaurants right on the beach such as Batik Seafood - crowded but quiet. You can sit down right by the sand and enjoy a drink. 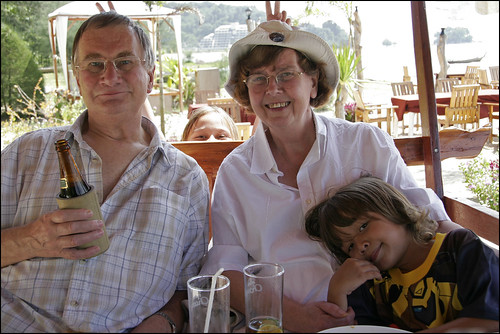 (above) My Mum, Dad and my kids at Nai Yang Beach

Further south are a couple of slightly more remote hotels - L'esprit de Nai Yang and Imperial Adamas Beach Resort. Inland there are a number of smaller guesthouses which are ideal for a stay close to the airport.

At the other end of the beach, closer to the airport, is protected National Park land. It's very green, trees everywhere. Quiet, clean, no food stalls or restaurants except a few tiny stalls selling eggs and drinks. There are normally lots of longtail boats in the water, with fishermen coming and going, and local kids splashing around. It's a popular area with locals for picnics... so when I say "clean", well not everyone packs their rubbish home with them. 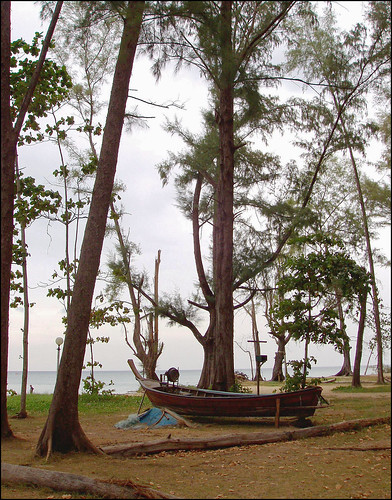 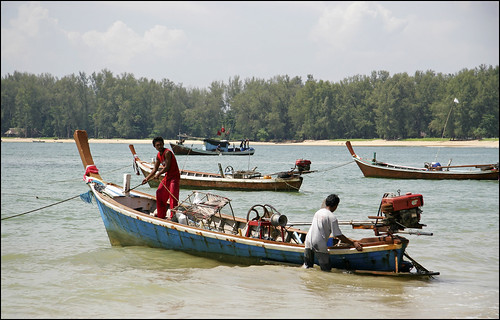 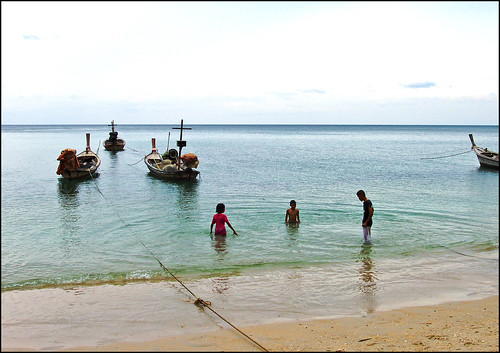 
You have been reading : Nai Yang Beach