The area of Phuket where we live is called Kathu. Actually Kathu is one of the 3 districts (Amphur) of Phuket, and it encompasses a large area including Patong and Kamala beaches. When people talk about Kathu they normally mean the area between Patong and Phuket Town which is largely residential but includes 3 golf courses, several tourist attractions like the Jungle Bungy Jump and the Flying Hanuman and quite a lot of restaurants, mostly catering to local residents rather than tourists. If we are eating out, we most often eat around Kathu or Phuket Town (because it's close to home) although we have some favourites in other parts of the island and some a little off the island too!

Maireab Zaap Ver opened in December 2015, located by the road between Kathu market and Loch Palm golf course, right opposite the office of Easy Day Thailand, a tour company run by friends of mine. Also on the other side of the road is Da Sandro, a very good Italian restaurant which also opened in 2015 and might be on the blog sometime soon! Maireab Zaap Ver is a family restaurant run by 3 sisters called Ree, Boo and Ta. They used to have another restaurant called Krua Maireab, on the road to Kathu Waterfall not far from the new restaurant, but this closed in 2012. We liked that place and were very happy to find they had started again! 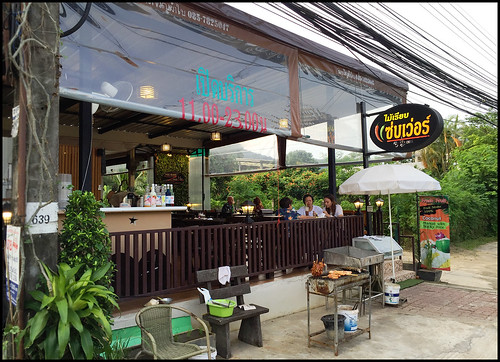 (above) Maireab Zaap Ver from the outside.

It's become one of our "go to" restaurants if we want to eat out, not too expensive, close to home and - of course - the food is tasty! It's not a huge place, but I reckon could seat 30 people. It is right by the road, but the road is not too busy, as it's not a main thoroughfare. I don't like to eat next to busy roads if a restaurant is open sided (not aircon). 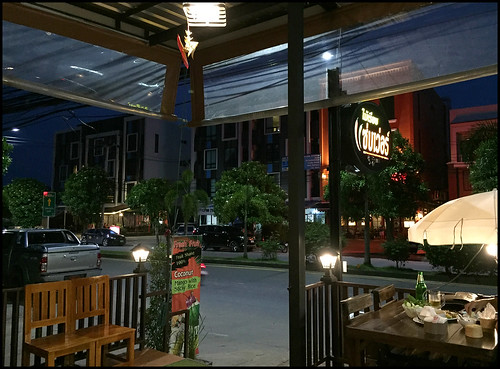 (above) Looking out to the road. 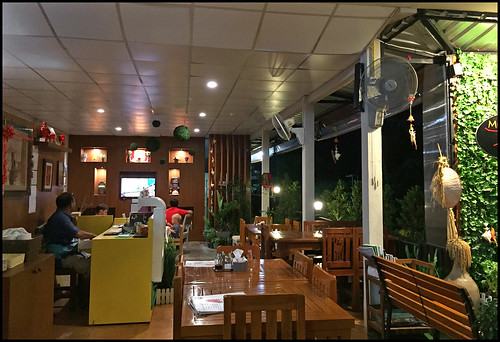 (above) Inside Maireab Zaap Ver.

Step 1 - take a seat and check the menu which is in Thai and English although a few of the translations are a bit odd. They have "deep fried platypus" on the menu for example. What the? Actually, this is deep fried duck's bills, which may sound odd anyway, but goes well with a beer :) It's not something you find in too many restaurants, but worth a try! I like to get a cold beer of course and wait for the food to arrive, which it does pretty fast.

When I find a regular restaurant I tend to have the same dish again and again, but maybe order something different on the side. The old Krua Maireab used to make the best Nam Prik Gung Siap - Shrimp paste with dried shrimp. It's spicy, salty, also a little sweet and sour (it has raw sugar and lime added). A real proper local southern Thai dish. The dried shrimp are a specialty of the Phuket and Phang Nga area. This may not be to everyone's taste, but I love it. The dish comes with vegetables and you'd normally order rice and maybe an omelette with it too. 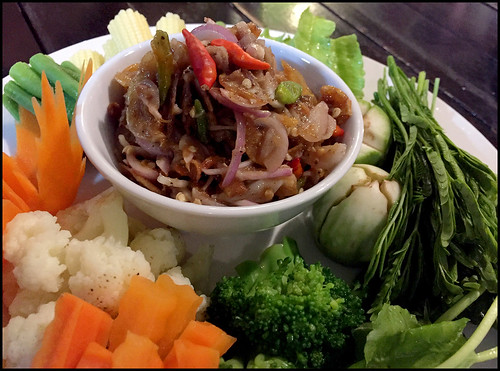 (above) Nam Prik Gung Siap .. I don't tend to eat all the chilies.

It's on the menu at 120 Baht (plus rice and omelette). Again, not something you find at too many restaurants. For something a bit more normal, the Tom Yum is very good here too. A big dish for 120 Baht. 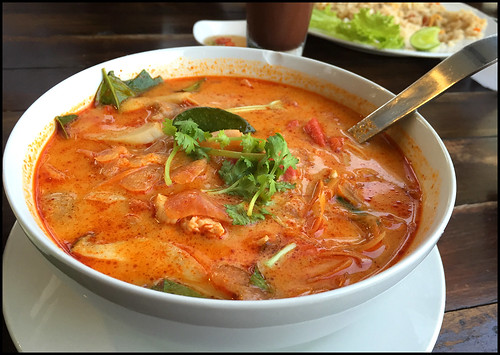 (above) Tom Yum with chicken.

It's a big menu, so you can find just about any standard Thai food, simple things like fried rice or fried chicken with garlic go down well with the kids, along with the Tom Yum! 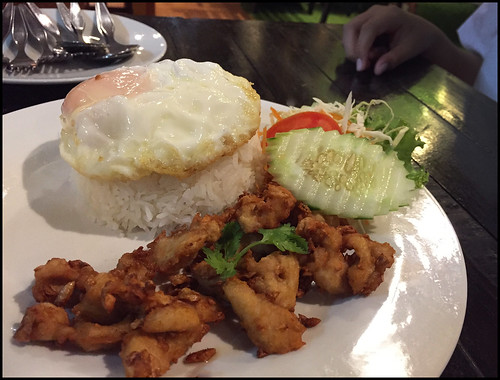 (above) Fried chicken with garlic + rice and a fried egg on top :) 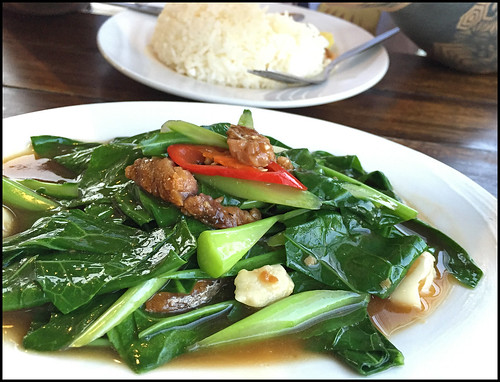 And (below) another look at Nam Prik Gung Siap, served with an omelette. 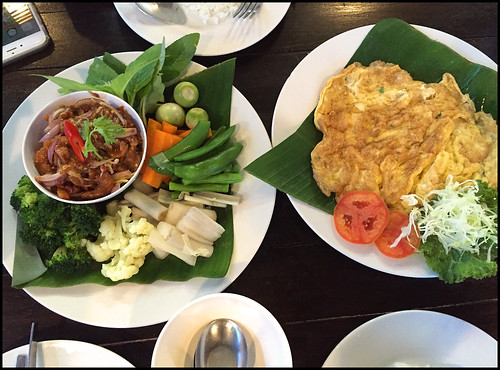 Lots of tasty options, and we'll be eating here quite often! An additional note - just a couple of hundred meters away is the new floating market which I had intended to get on the blog, but it never really took off. See you in Kathu!


You have been reading : Maireab Zaap Ver Restaurant in Kathu