Kayaking in Phuket - Exploring the Mangroves

Phuket is bigger than most people realise. The island of Phuket covers well over 500 square kilometers, is nearly 50km from north to south and, as I hope this blog shows, there is so much more to Phuket than beaches, bars, shopping and the usual tourist activities. Fair enough, some people do come here just for beaches or naughty nightlife; some come here to eat and shop and "go home with a tan", which suits me fine, since it means that many of the parts of Phuket that I like stay nice and quiet! But there are plenty of independent tourists out there who like to explore, and if you explore you can find places like Bang Rong.

Bang Rong is a small Muslim community in the northeast of Phuket. We have been many times to eat at a small floating restaurant, and also to get the ferry to the island of Koh Yao Noi. Last year at the restaurant we noticed they had some kayaks, and small groups of tourists were being taken on short trips up the mangrove creek as part of a trip run by Bang Pae Safari which also includes elephant trekking near Bang Pae Waterfall which is just a few km from Bang Rong.

Last week, on a nice sunny day, we decided to do a little Phuket kayaking adventure (the word adventure being based on having 2 young kids). When you drive down to Bang Rong, there is an entry gate. You do not need to pay any parking fee unless you are getting the ferry. You can park wherever you find space, and then look around for monkeys that come out of the mangroves... 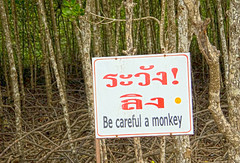 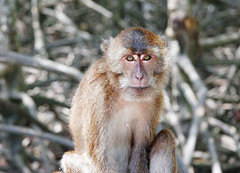 The restaurant is a short walk along a wooden walkway. We decided to kayak first and eat later. The use of the kayaks was very cheap. Just 150 Baht each, add 50 Baht if you want someone to paddle for you. I think that was an hourly rate - we had no plans for a long trip! My wife paddled one kayak, my daughter got a paddler in hers and I decided to get someone to paddle for me so I could take photos. Some friends were in another kayak, so we had 4 in all. The restaurant is already in the mangroves, with a view of open sea, but within 50 meters you are round a bend and in another world. Yes, this is still Phuket. 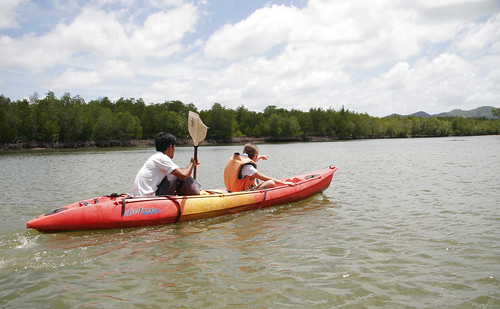 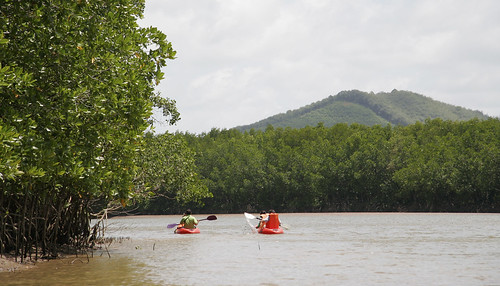 My kayak driver stayed with my daughters kayak. She enjoyed being a "big girl" (ie she did not have to sit with mum or dad) and our drivers kept close to the shore so we could see crabs and mudskippers. It was a very peaceful paddle upstream, not even any longtail boats up here. I think it was a National Geographic moment for my daughter.. and me too! 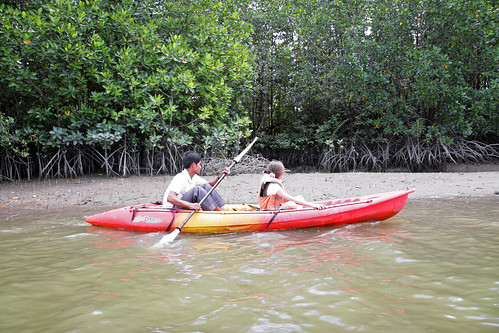 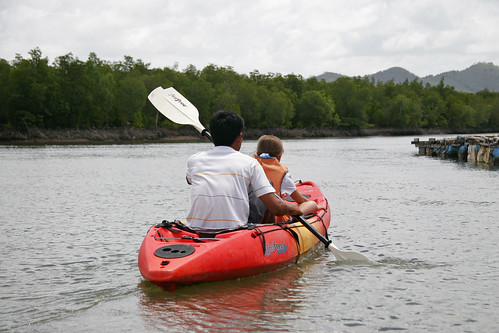 And here's the guy paddling my kayak. My wife said I was lazy, but honestly I just wanted hands free to take pictures. Maybe next time we'll hire the kayaks for longer and I will paddle myself. We went less than 1km up the creek, but checking on Google Earth I can see that (at high tide) you can go well over 2km and there are little side streams to explore too. Sure we're going to do this again sometime. 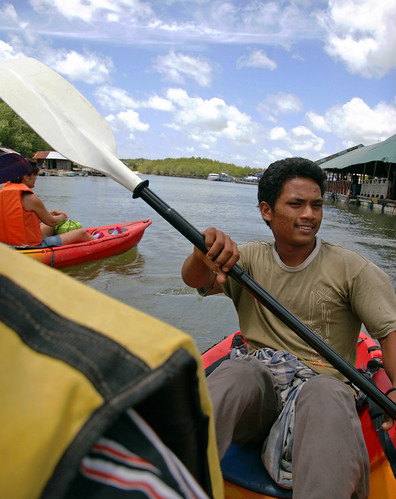 High tide might be best to go a long way upstream, but low tide better if you want to get out onto a sandbank, which we did. We all then proceeded to dig for shellfish and dug up a healthy supply which we donated to the local guys doing the paddling. The Bang Rong community is based on fishing, is still very traditional and is trying to make a bit of extra money with this kind of activity. It's all very low key, and with kayak rental being so cheap they are not making a huge amount of money.. but I appreciate the fact that they are not being tempted to charge rip off prices. 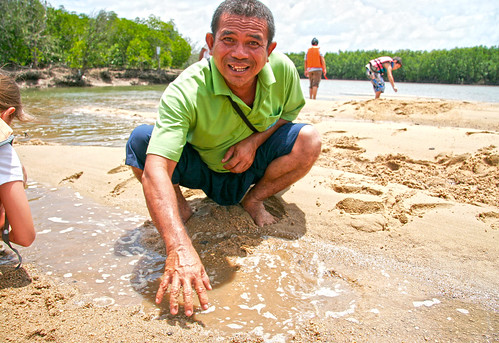 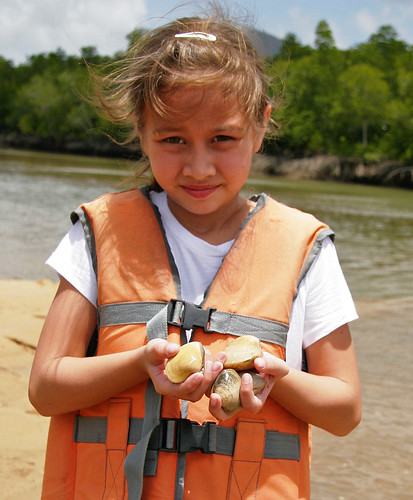 After messing around on the sandbank for a while, digging for shells, watching one of our kayaks floating off and waiting for one of the guys to retrieve it, we set off back to the restaurant (downstream with the tide) for some light lunch. They have lots of fresh seafood, but we often just have simple dishes. Fried rice might seem like a cliche, but the fried rice at this restaurant is very good! 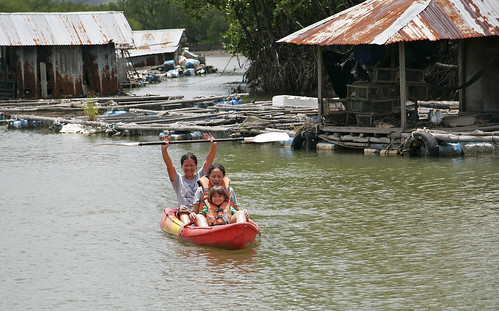 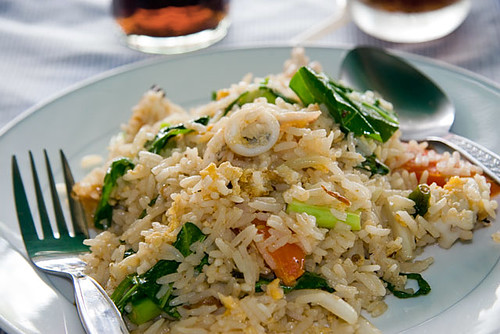 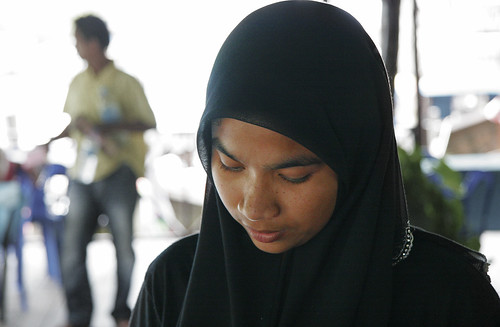 The restaurant is family run and friendly. They remember us and remember the kids names even if we've not been for months. The friendliness and the peacefulness of the area appeals to us.. just do note that the restaurant does not serve alcohol as this is a Muslim area. A nice spot for lunch before or after a bit of kayaking. Just a few km away, as well as Bang Pae waterfall, is the gibbon rehabilitation center. Plenty to see in this part of Phuket.

Getting there - Bang Rong is along the road that heads east from the Heroine's Monument (road number 4027 on the maps). The side road to Bang Rong is on the right about 2km after the turn off to Bang Pae Waterfall. Look for the large Bang Rong mosque. Best to have your own vehicle if you are exploring around the area, though I guess you could make a deal with a driver too. Phuket is out there waiting to be explored. Sure the beaches are nice, but there are many sides to Phuket. It may take some effort to get out and find these places, but (for me) it's worth the effort.


You have been reading : Kayaking in Phuket - Exploring the Mangroves