The Phuket Botanic Garden opened just last year (2012) and we had thought about going for a while, though I am often reluctant to visit obvious tourist attractions (call me a cynic) and I mean .. we have plenty of plants in our garden and we don't have to pay to see them! I was not sure the botanic garden would be that great and I normally only have 1 day off work every week, so there's limited time to explore, and some days we just like to be lazy or I stay home and take care of my own garden! However, our daughter went on a school trip and enjoyed it, plus I got the thumbs up from a couple of friends, so we added it to our to-do list. Saturday is normally the one day I can spend with the family, but often the kids have things to do like some extra school or their music class or Taekwondo. Last Saturday we finally decided to drag ourselves out of the house on a hot afternoon and visit the botanic garden. I was not expecting Kew Gardens, in fact I was prepared to be disappointed, but actually I was impressed. Read on!

The Phuket Botanic Garden is in the Chalong area of Phuket not far from Chalong Temple and covers a big area, bigger than I was expecting! It's open daily except Wednesday. Map at the end of this page. The entry fee for non-locals is 500 Baht for adults and 300 Baht for kids. The Thai rate is considerably less. At most attractions I can also pay the Thai price by showing a local driving licence. It's much appreciated, as we live here and are likely to be return visitors. The entrance is quite grand, but we came here to see interesting plants. Fun and hopefully educational.

One of the first plants we saw inside (after a display of pretty flowers) was a pitcher plant ... 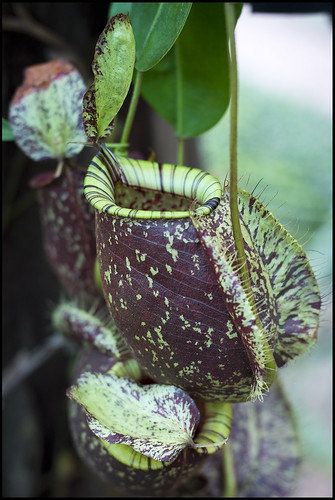 This was followed by (I think) a herb garden with various herbal and medicinal plants. One of them caught my eye. I recalled the plant name from my studies in forensic science ... Erythroxylum coca? Surely not legal! I've not seen this since traveling years ago in South America and drinking coca tea to lessen the effects of altitude :) 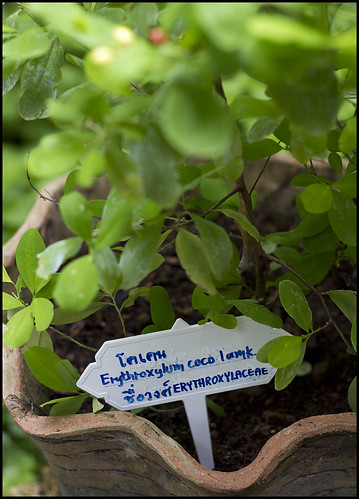 Next was a rice paddy and a bamboo house with an attached garden, meant to show how the poor farmers live. My wife liked the house. I said we could build one in our garden :) Yes, sometimes simple is good. You could probably get Wifi installed too. 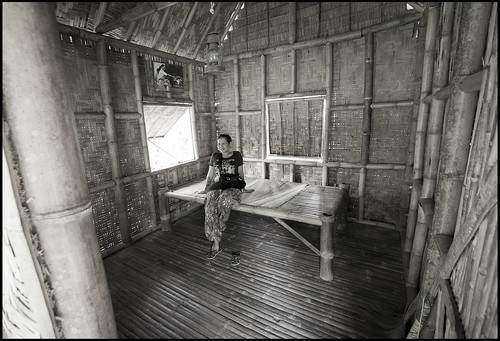 After we'd been at the botanic garden about 20 minutes my daughter read off the list of zones/gardens from the map we were given at the entrance. A long list! We'd only seen a fraction so far. The next in line was an orchid garden with a very nice lily pond outside. I like water lilies. 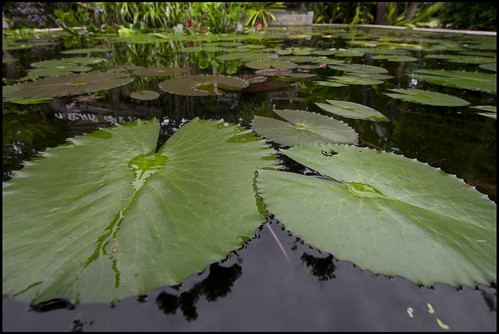 And I like orchids. There were many varieties on display in the orchid garden. Here's just two of them ... 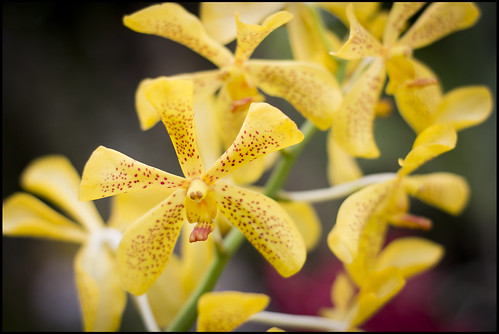 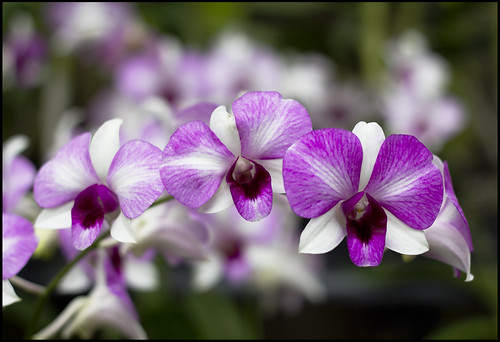 The Phuket botanic garden is very well signposted and also very well kept. We saw numerous gardeners at work during our visit - more gardeners than visitors it seemed. It can be hard to convince sun-seeking tourists to get off the beach, but really, come on ... Phuket has so much more, SO much more! That's what this blog is all about! 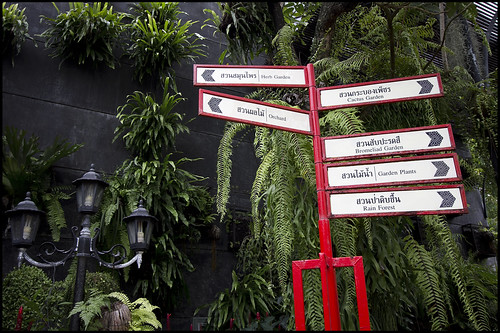 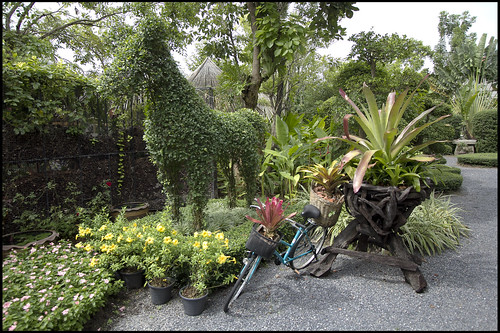 There was a fair sized pond in the middle of the gardens, with what must be the owners house on one side. Fish food = 20 Baht per packet and of course our kids wanted to feed the fish. 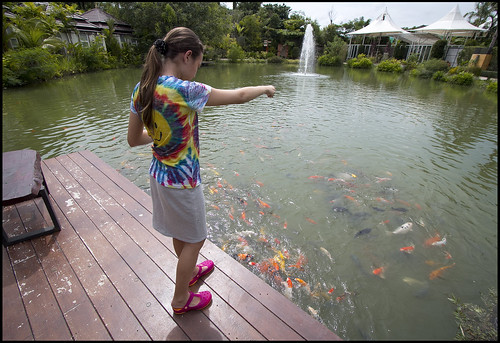 Moving on! Next stop was a cactus garden, covered with a roof to keep the rain off. I like cacti .. or cactuses. They are tough and have a rough beauty. I seem to recall my parents kept cacti around our house when I was young. 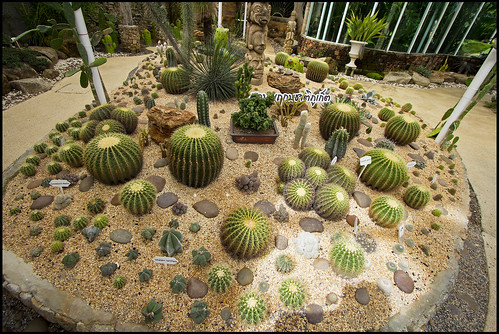 And after the cactus garden, the opposite .. a rainforest garden which includes a waterfall. The entrance is along a walkway with aerial roots (is that what they are? botanists?) hanging down in your face... 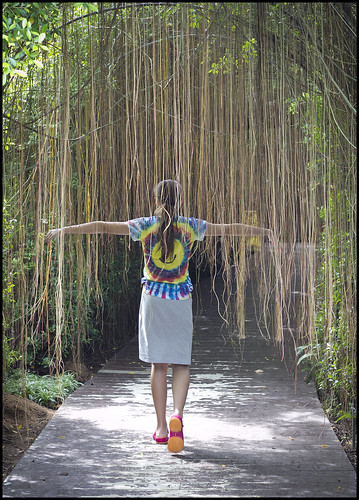 And inside ... it's all green and the waterfall is much needed by kids on a hot day! Dad was tempted to join, but .. yeh, I am too sensible sometimes, plus I was carrying a camera. My son enjoyed it so much .... see this video. 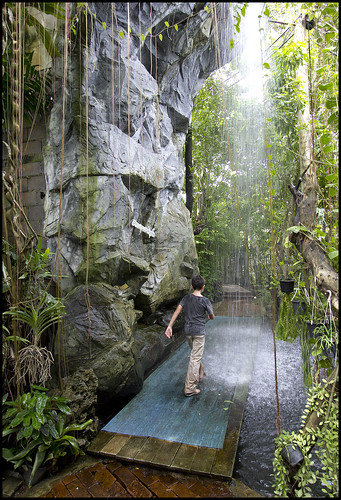 How many gentle flowers grow in an English country garden? Well, the climate is wrong, but they have an 'English Garden' here. Did not seem to English except I was convinced this statue on a bench was meant to be Christopher Robin. My daughter read his book with him. 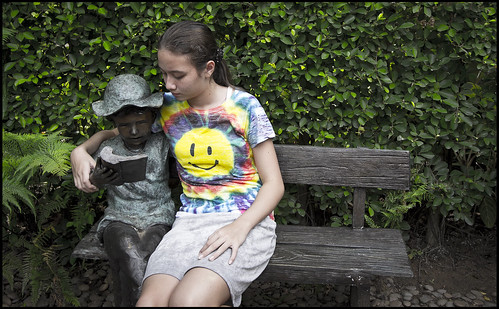 See? This place is big. Not finished yet! We passed by an impressive palm garden, did not stop to look closely, we were getting hot and thirsty! But anyway, it looked good ... 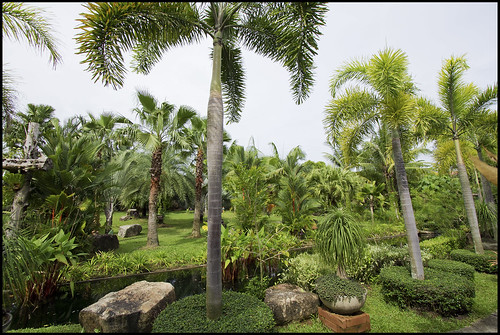 Then, hurrah! A cafe, very nice place actually with lots of shady seating and another pond full of fish, some of them were big Koi Carp. Another chance for fish feeding after a nice cold coke. We'd been there already about an hour and a half when we left the cafe. 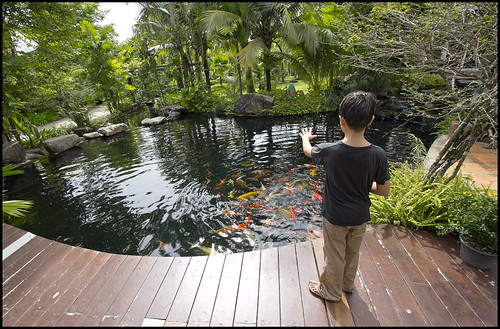 Next was an indoor, air-conditioned garden. Yes! They called it the Winter Garden, which I have read houses plants from north Thailand. The air-con was most welcome. I am used to the hot weather after so many years, but if the average temperature in Phuket was a few degrees lower I would not complain :) 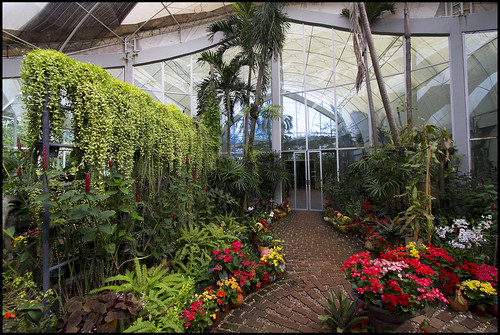 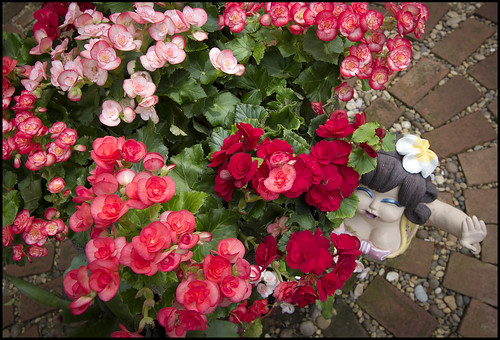 It's not over until the fat lady sings. See above. Nearly over. The winter garden is attached to a small butterfly garden, that did have some butterflies but is no competition to the actual Phuket Butterfly Garden!

And right before the souvenir shop was a lady with some tropical birds, a promotion for the newly opened Phuket Bird Park. Me and the kids played with the birds. She had a sign "Take Photo With Birds 150 Baht" .. well we didn't pay anything, but took photos and fed the birds and she chatted with the kids. Nice birdies! One of them climbed on me and (it was a hot afternoon) hopped on my shoulder and licked the sweat off my cheek! I have a photo of that, but it's not pretty. 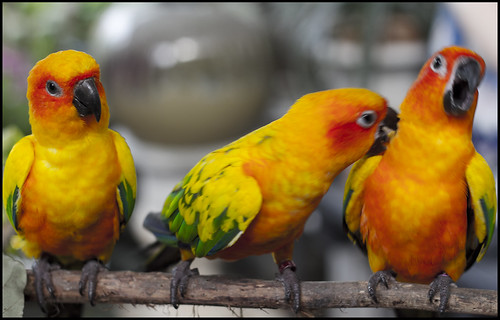 We were there for nearly 2 hours and could have spent longer. So I am happy to say the Phuket Botanic Garden is worth a visit, certainly if you are at all interested in plants or want to do something different. We might well go again sometime. The new Bird Park will have to be investigated soon, kids will love that I am sure (so will Mum and Dad).


You have been reading : Phuket Botanic Garden