And now for something completely different. Back in 2009, I decided to check out some of the annual Phuket Bike Week event which normally takes place around the same date as Songkran (April 13th) every year - 2021 will be the 26th time the event has been held. During the event, Phuket is full of big bikes ranging from Harleys to big racing bikes and plenty of amazing custom built choppers. There are bikes on show at the JungCeylon mall at Patong Beach, there are usually events/live music/food stalls by the beach in Patong (at "Loma Park" towards the north end of the beach) and bike rides around the island. If you are here, you will almost notice something going on! I'll maybe have the chance to visit another year and get some new photos.

Phuket Bike Week 2021 will take place at Patong Beach from 26th - 28th November 2021 - There is more information on the Phuket Bike Week official website. Dates are very different this year in the hope that Phuket will all be open again after the Covid-19 pandemic. 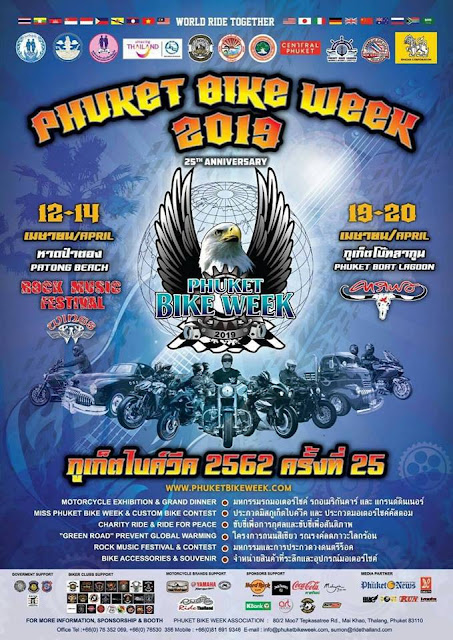 Now, I'm not a biker myself. Biggest bike I ever owned was a 125cc Honda Wave... hardly a "Hog", but still a step up from my previous 110cc version! I can see the attraction, but prefer driving a pick up truck. However even if you don't wear leather, you will have to admit some of the bikes on show are quite amazing, more works of art than a mode of transport, others are just big fat hogs! I checked out some of the bikes on display at Jungceylon mall in Patong ... 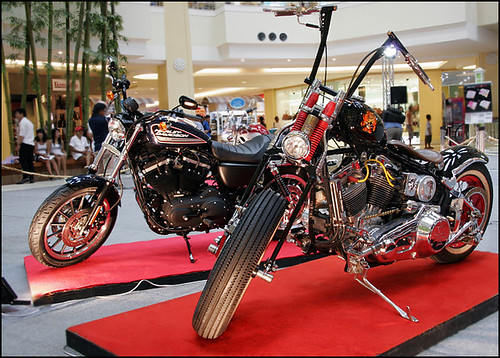 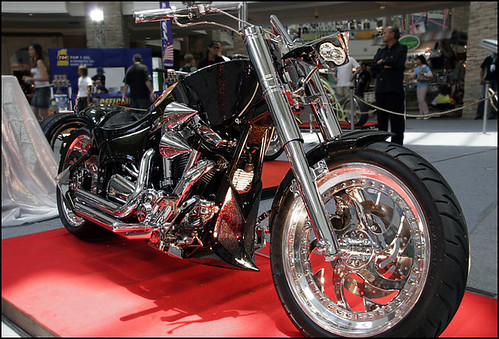 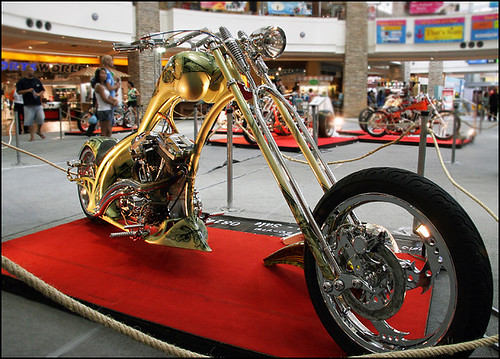 Laziness set in - the Friday night beach party included a concert by Carabao, a very popular Thai rock band, but my wife and I were too tired... On Saturday afternoon I headed down to Patong Beach with my daughter to see what was going on. There was meant to be a "ride for peace" in the afternoon, with hundreds of bikes riding from Patong to Phromthep Cape via Karon and Kata beaches. I hoped to see the start of the ride and hear the roar of throaty engines!

But first we met Jack Sparrow... 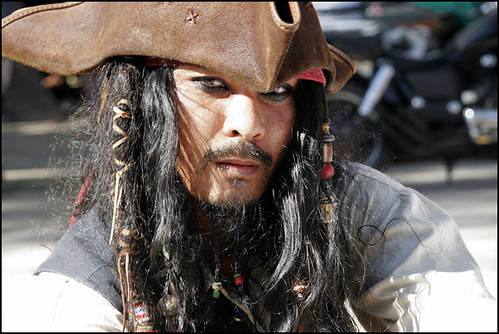 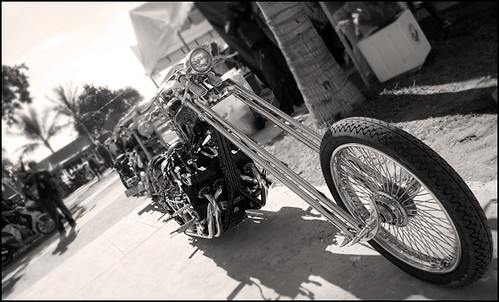 And along with the bikes, the bikers! They come from all over Thailand, and also from Singapore, Malaysia and indeed all over the world. If you want big bikes and fun in the sun, Phuket Bike Week is the place to be! I do like the bikers gear - leather jackets with club membership patches. It all looks very tribal, but I reckon these burly bikers are all jolly nice folk who love kittens! 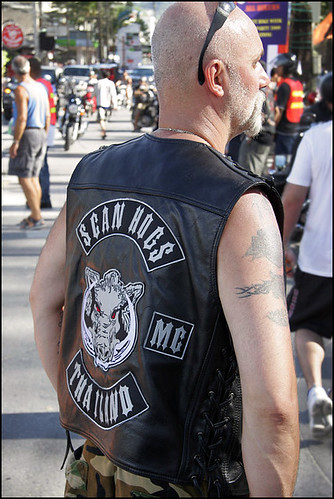 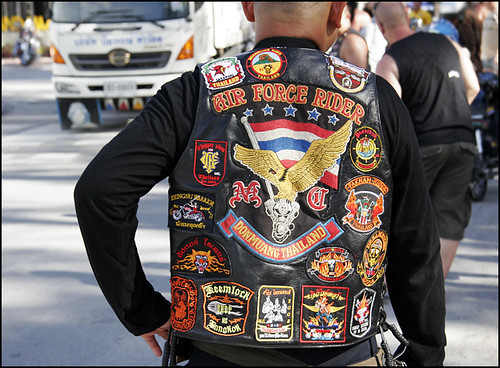 The bikes are a mix of custom jobs, big Harleys, sporty models, some 3 wheelers which are nearly as big as my car, all kind of bikes! 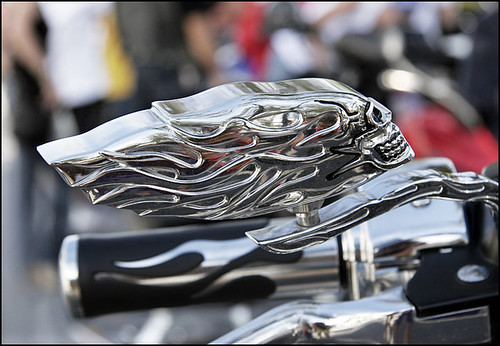 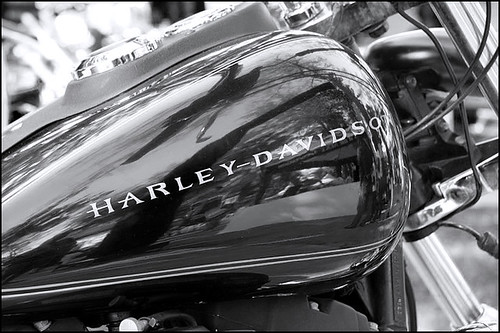 A little late, the riders set off from Patong on the afternoon ride. I wish they could have slowed down a bit! You need to be a sports photo pro to snap pictures of these guys (and gals). It took 10 minutes for the convoy to pass. The following night there was more live music at the beach and also the Miss Phuket Bike Week contest at JungCeylon where you find lots of men telling their wives "I'm looking at the bikes, honest"! I might go there next year :) 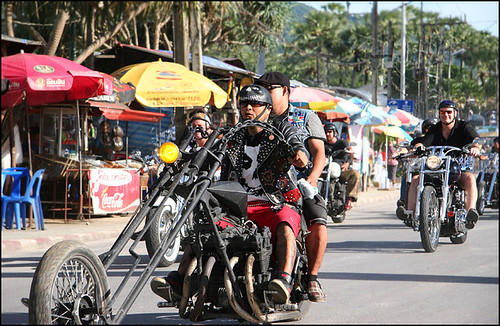 It's almost enough to make me want to buy a chopper.. or just a leather jacket. 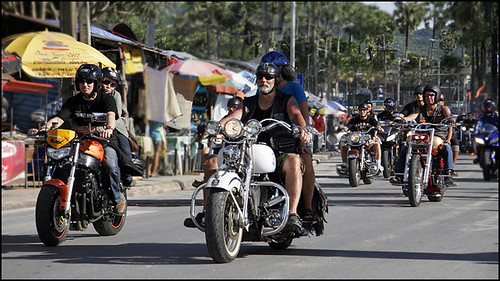 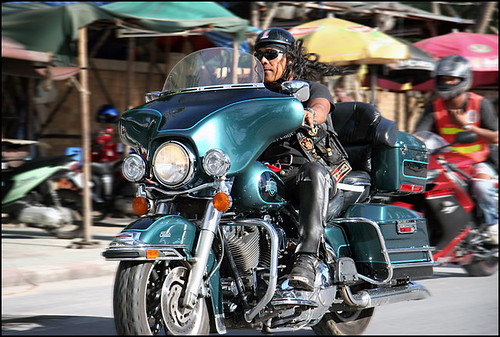 Phuket Bike Week is well established in the Phuket event calendar. If you like bikes or want to find some live music and food on the beach, the Bike Week has a lot to offer. Most of the events take place in Patong - see here for some Patong hotel suggestions.