This post about Phuket Aquarium was first written in 2009. Now updated in July 2012 with new photos and information.

I never seem to tire of the aquarium even after (about) 20 visits over the years, maybe more. We went the first time in 2001 when our daughter was a few months old and loved her reactions to the fish. We took her again a few months later and noticed how, as an older baby she paid more attention to the marine life. As she got older, different things fascinated her, and once she could start asking questions, well then Dad the Diver could start explaining all kinds of interesting fishy facts! It's been the same with our son who is now 7 years old. They always have new questions and it's always fun to visit the aquarium with them. 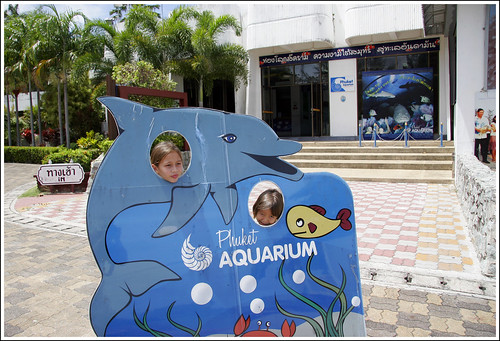 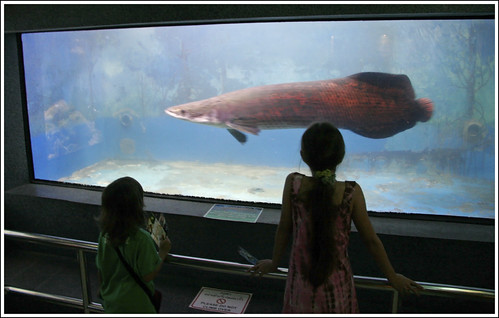 (above) Our kids impressed by a giant Arapaima, one of the largest freshwater fish in the world. There are always changes at the aquarium, each time we visit there's some new marine life to see.

Phuket Aquarium is located at the end of Cape Panwa, to the SE of Phuket Town. I like the area a lot, one of our favourite restaurants is in the Panwa area, and there's some lovely scenery, particularly if you turn off the main road down to the aquarium and take the smaller road along the west side of the cape with views across Chalong Bay. On the way you also pass the turn off to Khao Kad viewpoint. Here's a view from outside the aquarium: 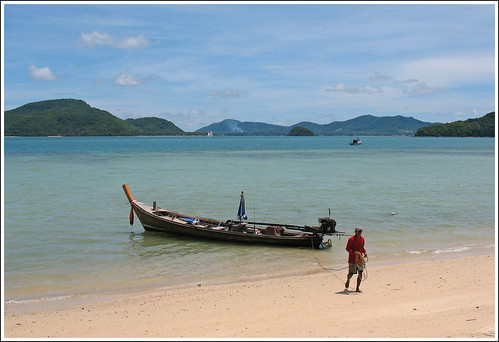 The entry fee is not high, just 100 Baht for adults, 50 Baht for kids.. and yes it's a bit cheaper for "us locals", but not a rip off anyway. It's not a huge aquarium, but has expanded little by little over the years and there are plans for more. In the first room by the entrance are many small tanks, with all kind of fish. 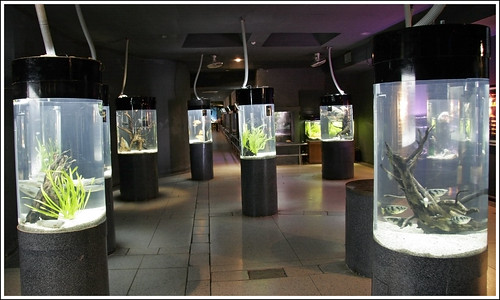 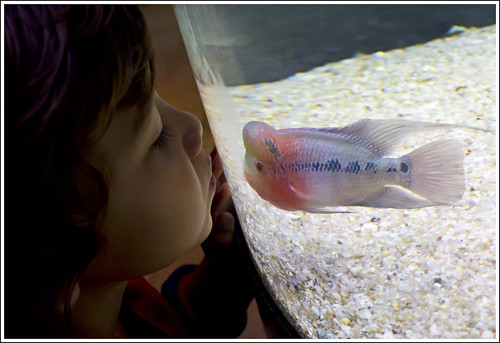 There's all kinds of species from moray eels to lionfish to angelfish, batfish, lobsters, razor shrimpfish .. most are local species found in Thailand. Also some oddities like electric eels. These are all in the smaller tanks. Also around the walls are educational displays about marine life and environmental awareness. 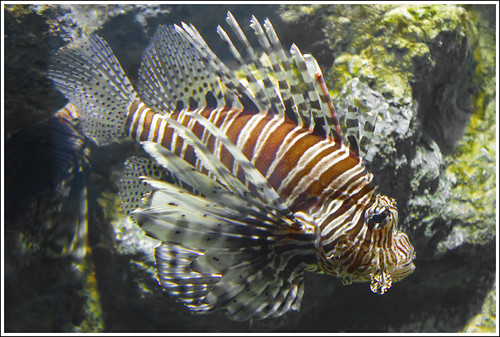 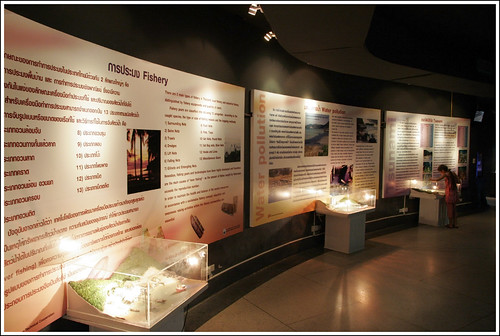 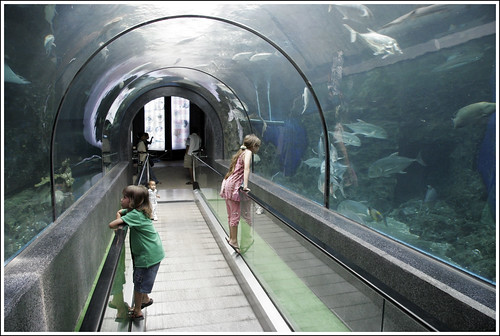 The walkthrough tunnel (above) was not there when we first visited, it only opened in 2005. Not a huge tunnel to be sure, but still, there are some little sharks in there - blacktip and leopard sharks, jacks, a big Napoleon wrasse, stingrays and more. Always a hit with the kids! And with me!

The first video above shows a leopard shark swimming around the big tank, viewed from inside the walkthrough tunnel. The second video shows our kids checking out the fish from the outside of the big tank. "Ooh, look at that!", says my son. Always something to learn, something new to see. And here's the same little boy from a couple of years ago being shown something by his Grandma ... 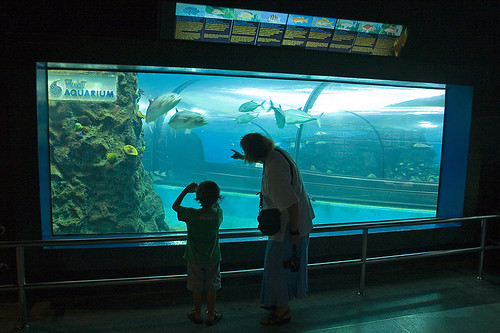 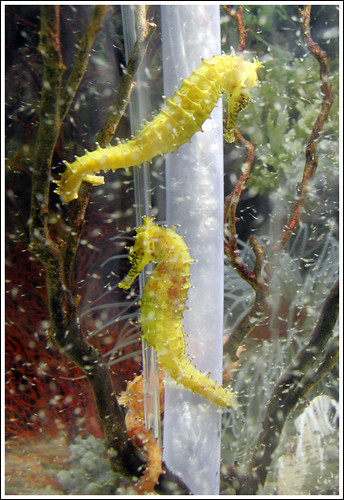 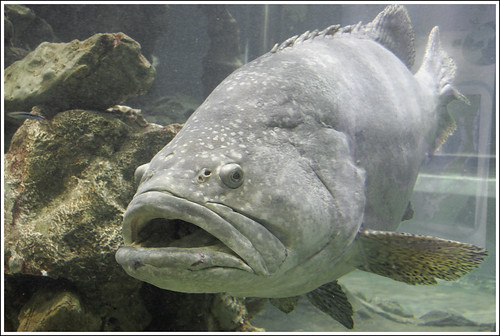 When you exit the indoor section of Phuket aquarium, you'll find a little snack and drink shop and a souvenir shop - some of the items for sale are tacky, some are pretty nice. The Aquarium and attached marine biological center do good work, and with the entry fee being low, a small purchase is helpful.

You'll see some steps near the shop heading to a nature trail which leads you along the coastline for a couple of hundred meters. There are lots of signs explaining plant and animal names and with environmental information. Further on you pass a little boat that the kids always stop to play on, then a long jetty which leads out to several boats including a research vessel which is often moored there. There's a small kids playground too. 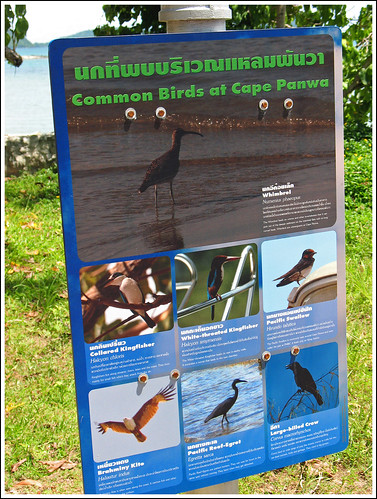 The aquarium is more than just a show, there is also a marine biological center here with an endangered species unit.. and my favourite part - the turtles! Here at the aquarium turtles are bred/reared and also injured turtles are looked after. We sometimes see big turtles with bits of flipper missing or chunks missing from their shells, no doubt as a result of contact with a boat. I love turtles :) 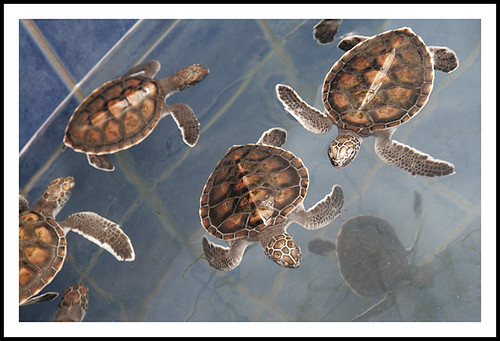 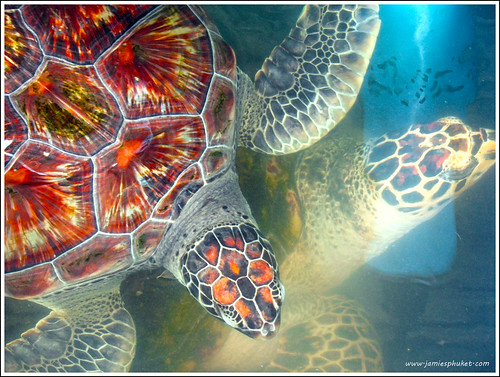 
You have been reading : Phuket Aquarium and Marine Biological Center