Phuket has a lot more culture and history than most people realise. This blog has featured many festivals, some are well known throughout Thailand like Songkran or Loy Kratong. And then you have the amazing Phuket Vegetarian Festival, which is celebrated in a few other areas but is centered in Phuket. The vegetarian festival is of Chinese origin. The population of Phuket is about 30% of Thai-Chinese ancestry. Many Chinese came to Phuket in the 19th and early 20th century to set up business or work in the booming tin mining industry, and Chinese beliefs came with them.

The Por Tor festival is held during the 7th Chinese lunar month, so the exact date changes each year. I had never checked out this festival before so was glad of the chance to make a little tour in Phuket Town with Chaya from Phuket Heritage Trails to see some of the festival. We arranged a meeting on Wednesday evening (17th August) in town with several other local residents, bloggers and website owners. After a drink at the very nice Siam Indigo bar in the heart of Old Phuket Town, we headed to the main market on Ranong Road. Unfortunately .. even the local experts sometimes don't know everything.. it turned out that the main event at the market had been the night before! So some of us arranged to meet Chaya again on Friday evening to visit the Por Tor Kong shrine which is the center of the festival. I consoled myself on Wednesday with some street photos ... 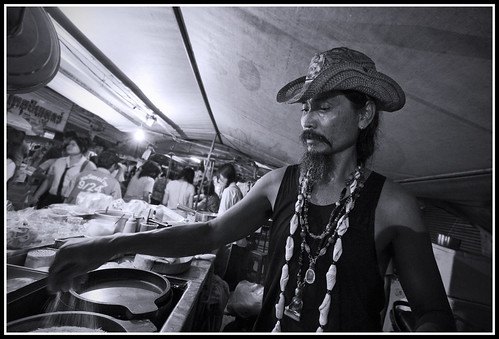 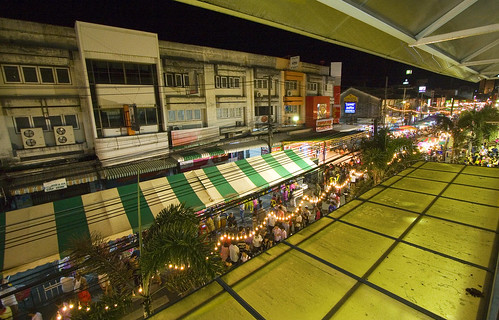 Friday evening was great. After being in Phuket more than 11 years, it's nice to find something new. The Por Tor festival is centered around a shrine called Por Tor Kong, it's not far from the big Bang Neow shrine just south of the old town on Phuket Road. The belief is that during the 7th lunar month, the ghosts of ancestors can pass back into their previous earthly realm and visit their former homes. Offerings of food are made and left for the hungry ghosts. Prayers are said to give thanks for the work done by the ancestors in the past. The most common offering is a red turtle cake. The red colour symbolises good luck and the turtle symbolises long life. I went into town with my family, and we met Chaya at the well known Keng Tin bakery where Chinese cakes like mooncakes are made year round. During the Por Tor festival they specialise in making giant red turtles to be used as offerings in the Por Tor Kong shrine which is just a few minutes walk from Keng Tin. 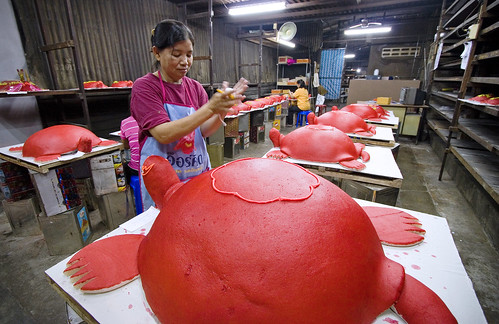 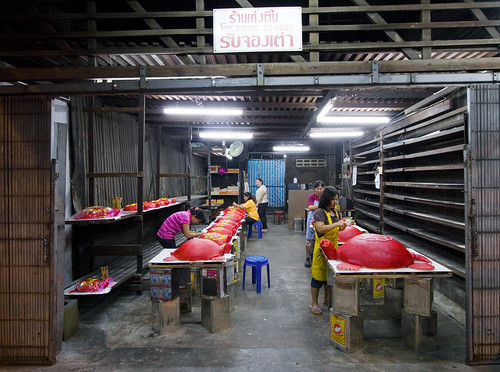 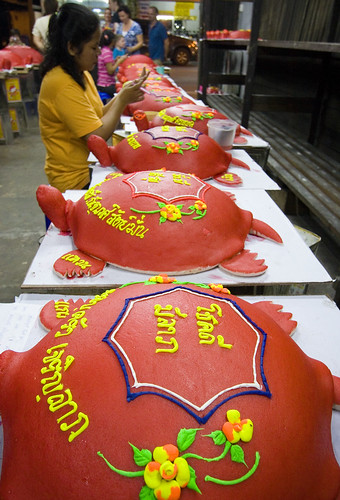 (above) inside Keng Tin, red turtles being made. The local name for these cakes is "Ang Ku". They can be made of flour, or more commonly nowadays from sticky rice, then decorated with sugar coatings and lots of red dye. Messages are written on the turtles such as Good Luck, and they may also bear people's names. The Keng Tin shop has been a family business in Phuket for 4 generations and is an important part of the local community - especially at this time of year! The price to buy one of the biggest turtles - about 2500 Baht!

From the Keng Tin shop, it was a short walk to find Por Tor Kong shrine. Again, a place I had never been to, never even knew it was there! It's down a small side road - one of many small side roads that I have never explored. Not enough hours in the day, not enough days in the week to explore it all! Many houses on the street nearby were also selling Ang Ku or other foods, along with stalls selling clothes, toys and the usual assortment of cr*p that makes your kids say "Oh pleeeaaase Daddy, I want one!". It was rather more crowded that I expected. We took our small turtle to the shrine where it joined many more... 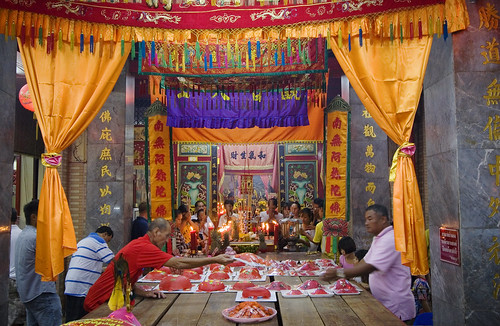 It's a small shrine and it was busy. Candles and incense everywhere. My wife headed inside to join the procession of people heading to the far side of the altar to say a prayer to the god Por Tor Kong who is responsible for releasing (and feeding!) the ghosts. Sometimes as a tourist (and yes, even after living here for this long, do feel like a tourist sometimes!) you feel a bit out of place. In a small shrine filled with people saying prayers, filled with people who have different traditions and beliefs, I just try to keep out of the way (and take photos) - at the same time, it's quite a buzz to just be there. 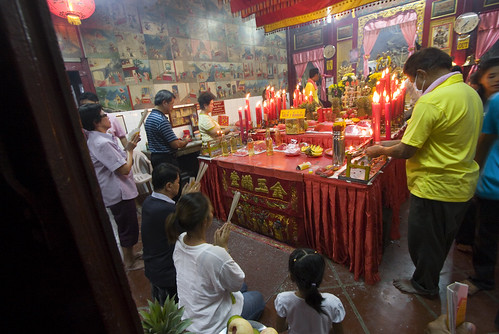 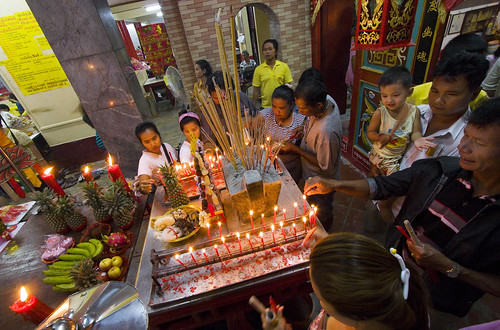 The festival seems to have changed a bit over the years. Chaya told us that when she was a kid, it was considered bad luck to be outdoors after dark. I have read on websites that children should not be outside after 6pm. Well, the streets around the Por Tor Kong shrine were filled with kids! Our daughter started chatting to a local girl about the same age as her, who explained to her about the festival and helped her burn the paper money in the furnace. The money which I sometimes see referred to as "hell money" is for the ancestors/ghosts. 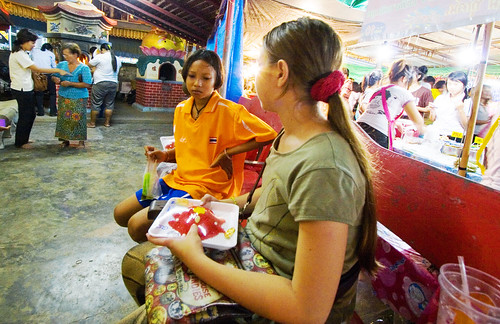 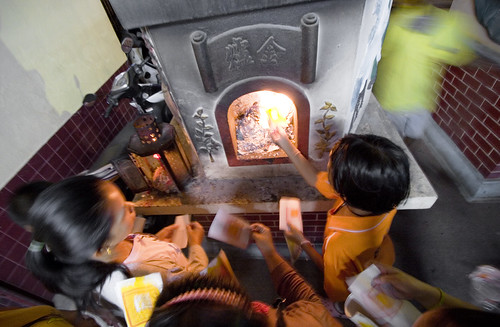 Having taken one turtle to the shrine as an offering, our kids were each given a small red turtle to take home. I am not quite sure if we were meant to eat these or leave them out for the hungry ghosts.. we chose the latter option. We bought plenty of food from the street stalls near the shrine - street snacks can often be enough for dinner! The festival carries on for another week, so we might head into town again one evening to see more. And now I know about this festival, it will be on the calendar for next year... as far as I can tell from looking at Chinese calendars, the Por Tor festival will start on August 31st 2012. Many thanks again to Chaya from Phuket Heritage Trails - if you want to know about the culture and history of Phuket - contact her!


You have been reading : Por Tor Festival (Hungry Ghost Festival) 2011