Cinema in Phuket - Going to the Movies!

There are, of course, many better things to do in Phuket than watching a movie. You'd not take a holiday in Phuket and plan a visit to the cinema as one of your "must do" activities. But ... if you like movies and maybe there's a movie opening that you really want to watch while you happen to be on holiday then you'll be happy to know that Phuket has 2 large multi-screen cinemas with the newest movies showing. Yes, we're quite modern here in Phuket :)

It wasn't always so .. when I arrived in Phuket in 1999, the only real cinema was in Phuket Town - the old "Coliseum" next to Robinson's department store. And it only showed Thai movies or movies dubbed into Thai. So for many years I didn't go to the cinema, but I do like movies! When I met my wife, one of the first things we bought together was a VCR. Yes, it was that long ago. And there was a very good video rental shop in Patong not far from our apartment (we stayed in Patong at first, but moved out to Kathu). But Phuket was still growing fast during the 2000s. The huge Central Festival Mall (just outside Phuket Town) opened near the end of 2004 and the even bigger Jungceylon Mall in Patong opened at the end of 2006. The old Coliseum is still there, but is now also a newer multi screen cinema officially called C.E. Paradise Multiplex. It normally only shows Thai films or films dubbed into Thai. And you still see the old style posters for this cinema around town ... 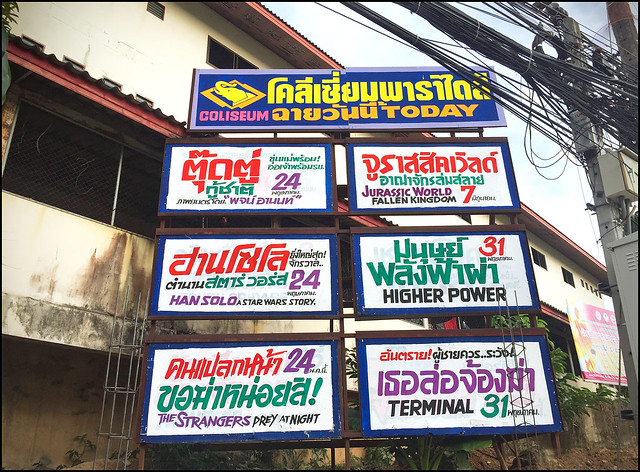 (above) Latest movies at the old Coliseum cinema in Phuket Town

I only started going to the movies again a few years ago when the kids were old enough. Until then we've been fine with DVDs (our old VCR is long gone). We still buy DVDs sometimes at the Weekend Market ("100% original" of course). There used to be a great DVD shop in the Big C mall, but it's also closed. Now the only place I buy new DVDs is in the B2S store in the Central Festival mall. On recent visits back to the UK I have also bought a lot of DVDs secondhand. Watching a movie at home with the family is nice and cozy and cheaper than going to the cinema! But going to the movies in Phuket is still great despite all the home-tech we have. I don't have a 20 meter wide screen on my TV. And going to the movies is fun!

As the kids have lots of friends, they go to the cinema more than I do ... sometimes we drop them at the Central Festival mall and then my wife and I can do something else while they are at the movies. We live close to Phuket Town so the cinema we also use is the SFX Cinema at Central Festival. I've not used the cinema at the Jungceylon mall in Patong, but that would be more convenient for most tourists if you're staying in Patong or nearby Karon, Kata or Kamala beaches. There are some movies that get me excited enough to pay for a seat ... 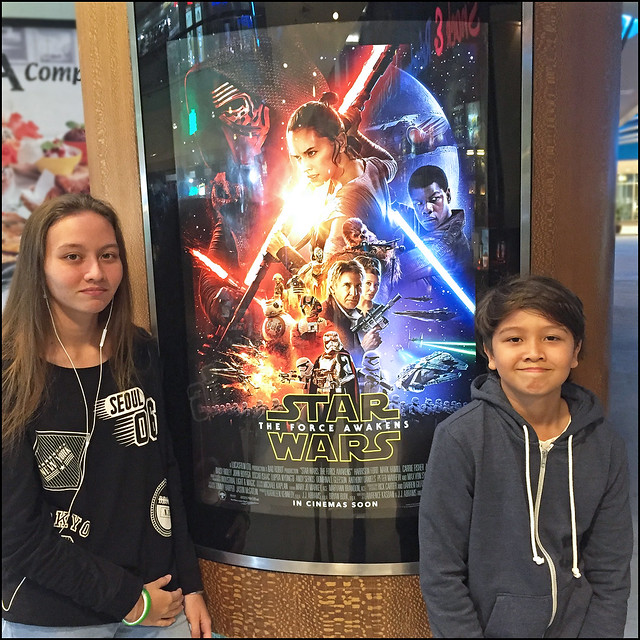 Ah yes, I'm a bit of a Star Wars fan .. I wouldn't say a "Star Wars Nerd", but I have loved the movies since I was a kid (the original was released when I was 8 years old). So for these new movies (Force Awakens, Rogue One, The Last Jedi and Solo) I was very happy to watch these at the cinema. We also recently watched Avengers Infinity War and in the past I have been with the kids when they were younger for "kids movies" too. The cinema in the mall is ideal as we can also grab some food (the food court is on the same floor and Central has many different places to eat). 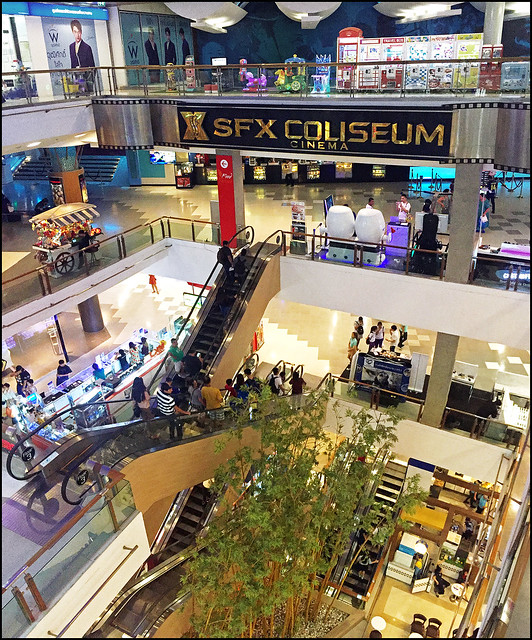 (above) The SFX Cinema in the Central Festival mall is on the 3rd floor. 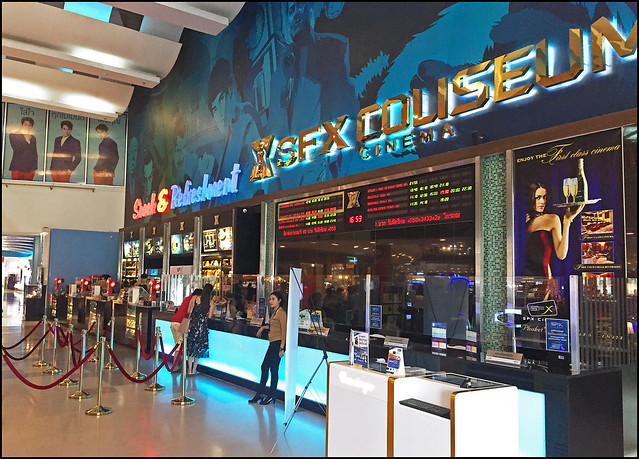 (above) SFX Phuket Cinema in the Central Festival mall.

Tickets start at about 200 Baht (a little more at weekends). That's about half the price of a movie ticket in the UK. The screens have several seat types - some seats are a bit bigger and they also have "sofa seats", which would be nice for couples and not much more to pay. There's also a higher priced "First Class" cinema where you get big comfy seats and free drinks/popcorn and a nice lounge area to wait before the movie with some free snacks. It's easy enough to book seats in advance on the website (see links below) .. I always do this and book seats in the row with extra legroom about halfway up the theater. If you book online, you then get an email with a qr code which you can scan at a ticket machine - staff are always there to help, which is good because I've never been able to work out what buttons to press! You can buy tickets when you get there easily enough. Quiet in midweek, busy at weekends, just like anywhere else in the world! 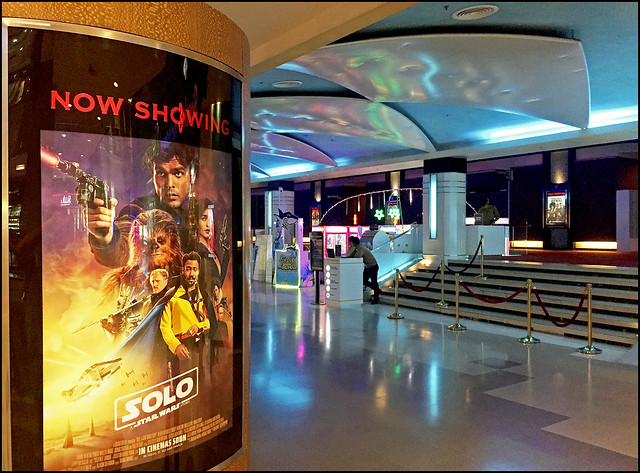 (above) We just went to see Solo last weekend .. and yes it was a fun movie that I'll watch again when it's on DVD :)

You can check movie times and book tickets at the sfcinemacity website.

You have been reading : Cinema in Phuket - Going to the Movies!