Back in 2010 I heard about an event in Phuket Town celebrating the "Baba" culture of Phuket. I knew that a good number of Phuket people had Chinese blood due to the immigration of many Chinese to Phuket in the 19th and early 20th centuries. Many came here for the tin mining, or set up businesses to support the growing population of Phuket. Many of the immigrants were young men who married local girls, and this is the root of the Baba culture, a mix of Chinese and Malay blood. You also find Baba culture in Singapore and Malaysia and parts of Indonesia. A walk around old Phuket Town shows the Chinese influence clearly and much of Phuket Town was built on the back of tin mining money, as well as rubber, fishing, pineapples, shrimp farms and more. Phuket was already a fairly wealthy province before large scale tourism started. The Baba people in Phuket work hard to preserve the culture and traditions, and since many are "Phuket Town" folk, they also work hard on preserving the old town, with the support of people like Khun Somjai Suwansupana, mayor of Phuket City who is a Baba herself. The old town certainly is flourishing, with regular events and festivals being started in the last few years such as the Old Town Festival and the Baba Weddings - this is the 5th year for the wedding event. Back in 2010 I did not see the street parade, but did attend an event at the Hongyok House, family home of one of Phuket's "big" families - Babas one and all! I've missed the event the last couple of years due to work, but this year I saw that the street parade would be on a Sunday June 23rd starting 5pm, so I planned to dash to town from work. Just made it, as (amazingly) the parade started on time. 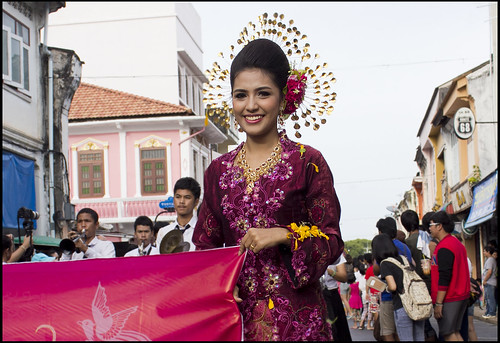 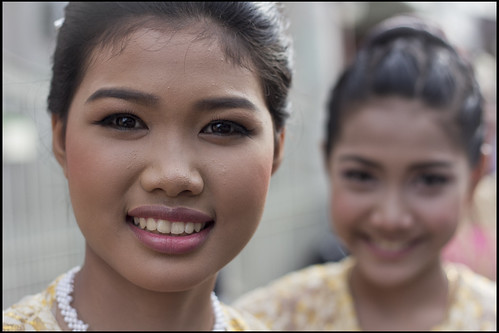 It was all costumes and smiles. The ladies certainly do dress up, whereas the Baba men go for simple suits. The parade was bigger than I was expecting, with more than just Baba costumes, but also entertainers, music, and people representing Phuket's many different cultures and religions. An announcer on a small stage set up on Thalang Road said something about Phuket being open to all. But I can tell you - quite a lot of the influence is in the Baba community. Big families who own large areas of land, many of whom started out as miners or shopkeepers back in the tin mining days. I am glad to see the old traditions being kept alive and handed on to the younger people. 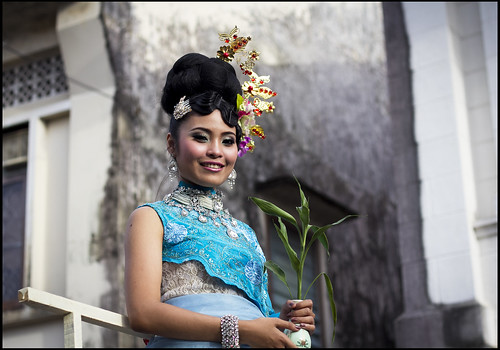 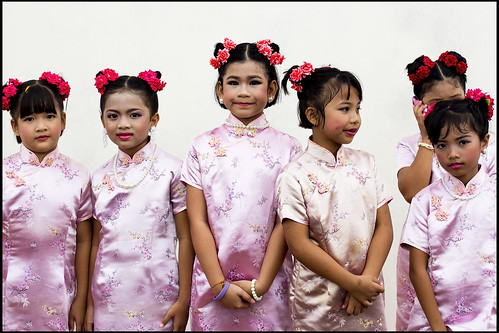 Oh they love to dress up their little kids here! But in such ways, things are learned, the old way of life is preserved in more than just old photos, and the youngsters share in the events and festivals. Even the very little ones ... 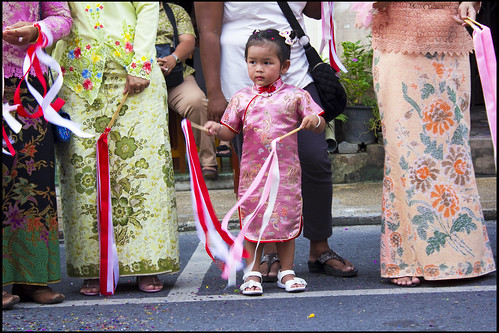 As the street parade ended, there was a gathering at the Thai Hua Museum for a little photoshoot before the invited guests and wedding participants went off for a fancy dinner party at the Blue Elephant restaurant. There was a surprisingly large crowd of photographers and a couple of TV cameras too (news report - see here). 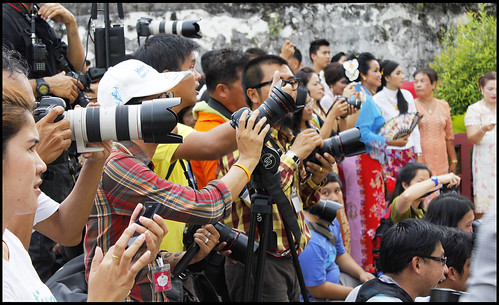 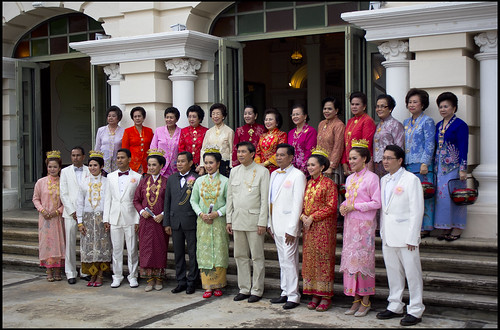 All aiming for the "group photo" (above) including 4 couples who were getting married, lots of older Baba ladies, the mayor, and the current governor of Phuket, Maitri Inthusut. There were also plenty of other well dressed people happy to be photographed. I was very glad to have found time to see the parade this year. Phuket has a lot of culture and history, often overlooked by sun seeking visitors, or ignored by those who assume Phuket has nothing more than tourist beaches. I am happy to say that Phuket has a lot more of interest than sea, sun, seafood and ladyboy cabaret shows (which I have never been to!). Coming up soon, 22 - 24 July is the Kathu street culture festival which takes place near my house. Then in August, the Por Tor (Hungry Ghost) Festival and in October the Phuket Vegetarian Festival. A lot to look forward to - every year! 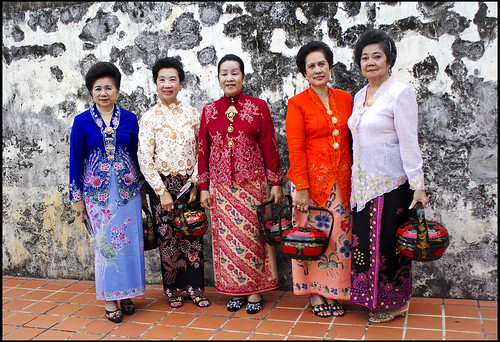 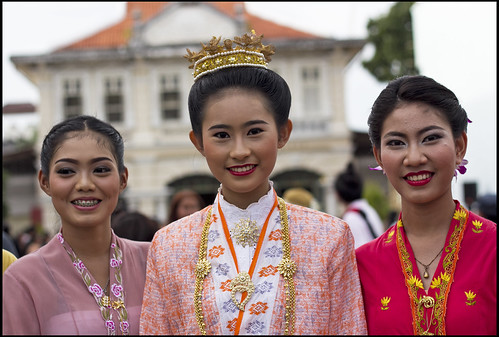 
You have been reading : Phuket Baba Weddings 2013