Last weekend (15th - 17th July) we had a street fair and cultural festival in Kathu. I should explain what "Kathu" is - probably means nothing to most people. Surely this place is called Phuket? Yes, but Phuket is a big island and Kathu is one of the 3 districts of Phuket Island, the other 2 being Muang and Thalang. Kathu district is pretty big, it includes Patong Beach and Kamala Beach, and the area inland between Patong and Phuket Town which is called Kathu (subdistrict) - this being where we live. Kathu was the center of the tin mining industry in the 19th and early 20th century. The old part of Kathu village where this festival took place is still very quiet and features a large Chinese shrine which plays an important role in the Phuket Vegetarian Festival.

This was the 3rd year for the Kathu village festival and it was much bigger this year, and much more heavily promoted. In 2009, I saw the signs up and went to have a look, being very surprised to find a colourful street procession. That first year it seemed to be a very local event, I saw no other foreigners and the crowds were small. In 2010, the event was bigger, with the road through the village closed for 3 days and the streets lined with stalls selling food, plus historical information and a great tin mining exhibit. But still very few foreign visitors. This year with promotion in the local press I expected to see more tourists for the Friday evening street procession, but the weather must have put people off - a wet day, and when I headed to the village at about 5:30pm, the heavens opened and everyone ran for shelter. I wondered if the procession might be cancelled, but the rain lasted only 20 minutes, and just after 6pm, things kicked off. 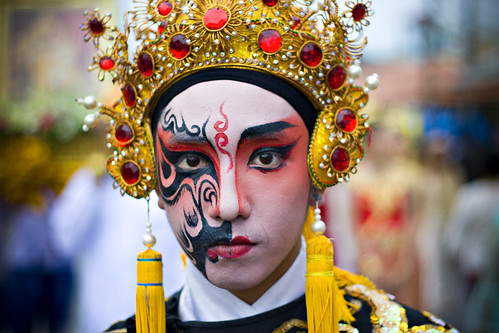 The painted faces and costumes were great again. The face above is painted in Chinese Opera style. I took some photos before the procession started moving - it's easier to take a portrait when someone is not moving! Being a grey evening and not far off sunset, the light was not great. I was very glad to have my 50mm f1.8 lens - great for low light and great for portraits. The procession this year was much larger and more varied that the previous years. People had joined the procession from other parts of Phuket. Kathu is not a Muslim area, but Phuket has a large Muslim population and this was evident in the procession. 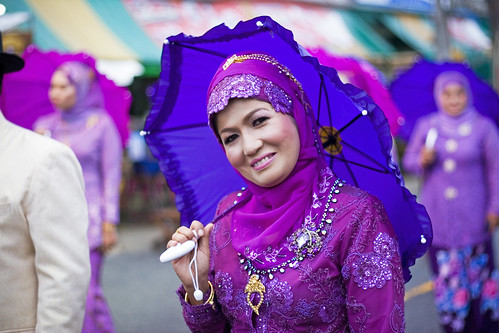 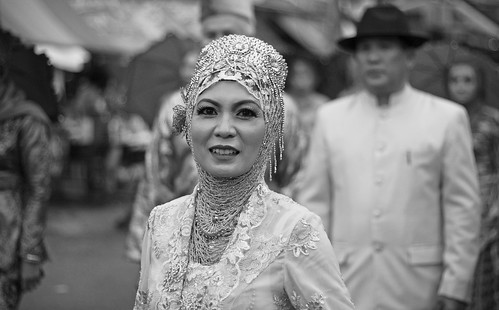 Being that I was one of the only foreigners there, many people were very happy to stop and pose for a photo. I am always struck by how happy these local events are. One in the eye for the cynics who say that the Land of Smiles is a myth. Sure it may have been a tourism tagline, but I find the smiles to be very real. 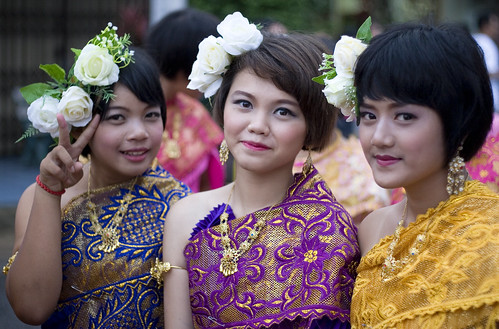 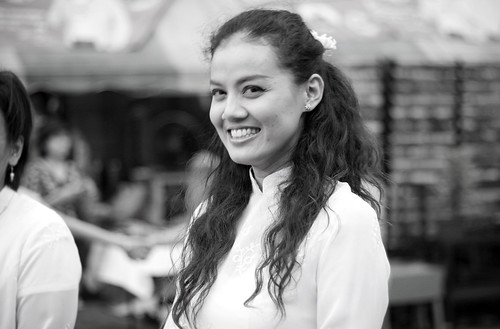 The procession kept coming with several marching bands, school kids, boy scouts, and a couple of walking advertisements for Phuket Fantasea and for the new Aphrodite Cabaret which will open soon near Phuket Town. Not sure if Phuket needs another transsexual cabaret, but time will tell. Yes, these are all men: 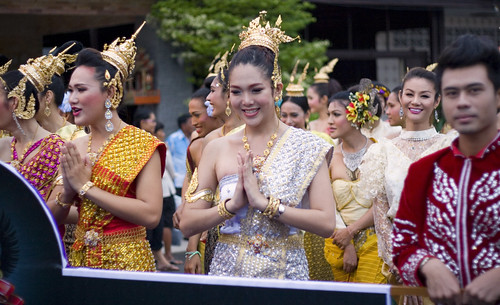 I took the opportunity to catch some pictures of the villagers too, as the parade passed by their doors. There are lots of older people in Kathu, you can normally see the old folks sitting around chewing the fat during the day. 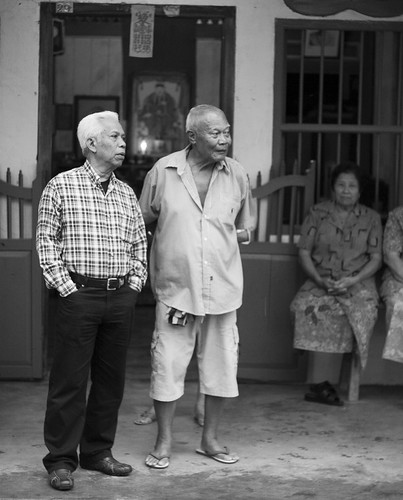 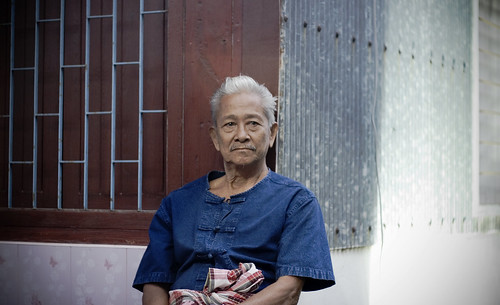 And the kids were coming to watch too. The event was for the whole community. The teenagers got all dressed up, younger kids had their fun, our kids kept begging us for another drink and some more snacks from a food stall. Photo below shows kids heading down to the village along a side street where lanterns had been places to light the way. The "lanterns" when I inspected closely were made from Red Bull bottles with a wick stuffed through a hole in the cap... then placed in these "olde style" holders to fit better with the village's rustic aesthetic :) 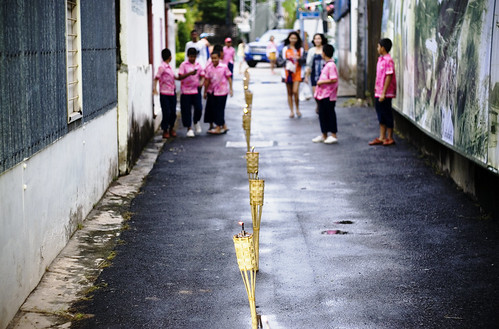 The evening drew in fairly quickly - sun sets around 6:45pm at this time of year, the parade started after 6pm... and there was no sun anyway! Here's some more of the great costumes in the parade... and more smiles! 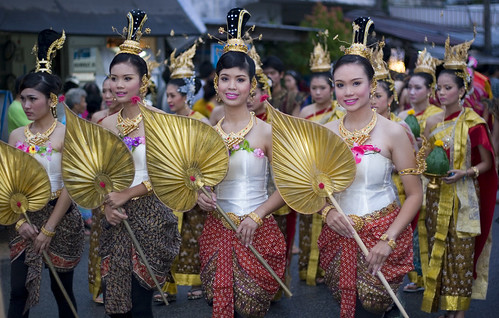 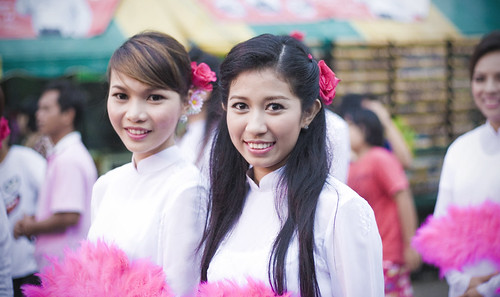 I was there again on Saturday, with the family, so I was not taking many photos - and the big parade was only on the first evening anyway. There was music and dance and loads of food stalls, and on Saturday evening (with no rain) it was really busy. Down a side street I found a local character : 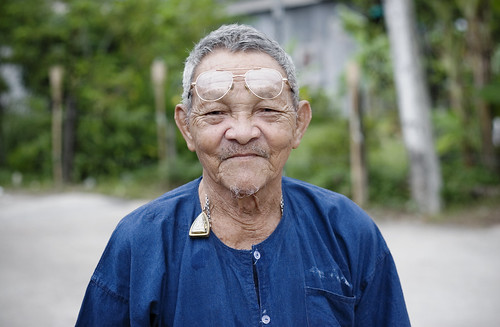 Last year he'd been doing a tin mining demonstration. This year he was encouraging people to sit in an old rickshaw. One tourist (Thai tourist) wanted a photo of himself pulling a rickshaw. The old guy promptly put a hat on him and then asked my son and a little local kid to jump on for a ride :) 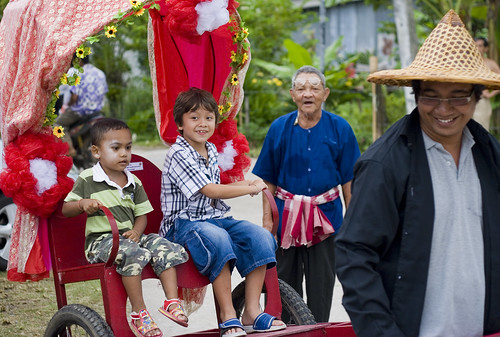 A great local event. I don't know what more can be done to encourage visitors/tourists or local expats to attend such events. This year there was decent promotion online in the Phuket Gazette and some other local websites, I guess the rain put people off on Friday, or maybe foreigners don't care anyway for local events. It certainly can be hard if you are a tourist to find out about a festival like this. I mentioned it several times on Twitter, but I don't suppose any hotels or travel agents promoted it, or maybe did not know about it. This is a side of Phuket that really should be seen... and seen for real, not just on a blog! Well in a couple of months, Kathu will be busy again for the Phuket Vegetarian Festival - and that really is unmissable!


You have been reading : Festival and Street Fair in Kathu Village