Another post from the land beyond the island of Phuket, the "mainland" which of course can be reached by car, over the bridge. This I like about Phuket .. it is geologically an island, it is a separate province of Thailand, but there's a bridge so you don't need to rely on ferries or flights. We like to drive over to Phang Nga province, and we've had quite a few trips in the last year exploring in that direction. This post is about a temple called Wat Manee Sri Mahathat, which we have driven past many times and finally stopped to visit one day last year. Anyone who has driven from Phuket to Phang Nga or Krabi (same road) may have noticed this temple... 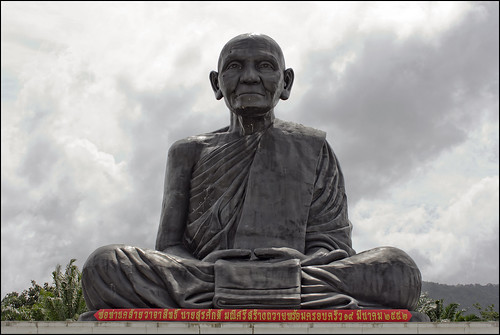 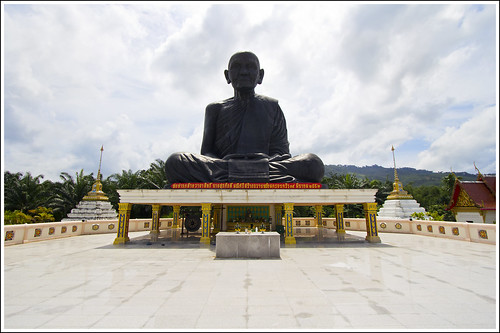 It's kind of unmissable with the huge black statue of a monk right by the main road. I've watched this temple being built - construction started about 10 years ago and was finished about 2 years ago, something like that. We have driven up and down that road many times, watching the temple grow. It's one of those places that we always say "we'll stop on the way back" or "we'll stop next time", so I was glad to finally pay a visit. The big statue is a well known monk - his name is Por Than Klai, famous in south Thailand, it was said that he could predict the future and he was a favorite monk of the King. He died in 1970. 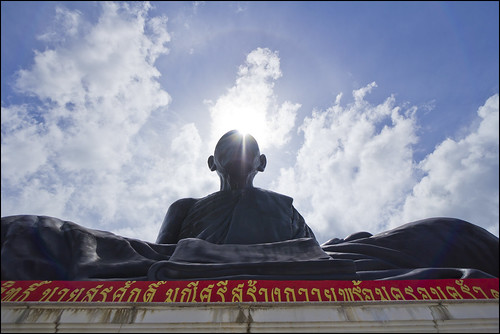 Quite an impressive statue. When we stopped there were just a few visitors. Aside from the big statue, there is a beautiful main temple building ("bot") - certainly looks freshly built! 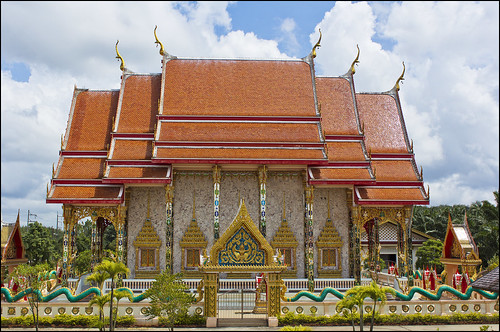 On the day we stopped here, we were actually en route to another temple called Wat Bang Riang, which is past Phang Nga Town. Between Wat Manee Sri Mahathat and Phang Nga is another temple well worth visiting - Wat Suwan Kuha, built into a cave. Plenty to see around here! Making a day trip out of this can also include the Sanang Manora Forest Park, and maybe lunch at Tha Sai Seafood. 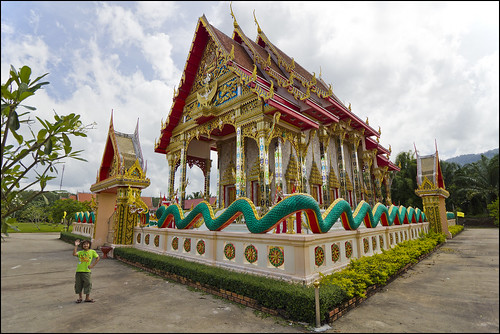 Our kids were with us too of course. When people ask me "what can we do with kids in Phuket?" I say this .. do whatever you want, but keep it a bit fun or make sure they learn something. And now and then do something "for the kids". Visit a temple, why not? If you are from England, Sweden, South Africa, Canada .. whatever, your kids I guess will not have seen a Buddhist temple before. So it will be something new and interesting. Lighting some incense and rubbing gold leaf on a statue - do it! 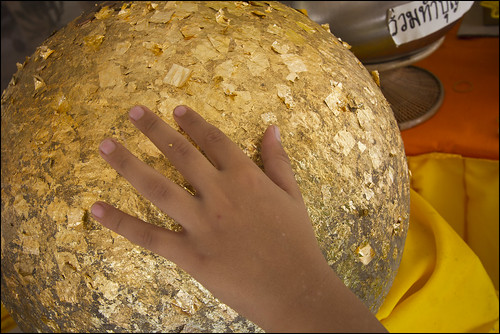 Another building is airconditioned and contains wax statues of several monks. My wife is saying prayers below in front of an image of Luang Pu Thuat (หลวงปู่ทวด) who lived several hundred years ago and is revered throughout Thailand. After one visit here, my wife wants to come with her family sometime. 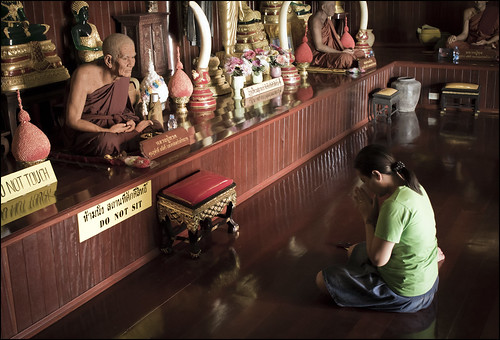 
You have been reading : Wat Manee Sri Mahathat (วัดมณีศรีมหาธาตุ)