Kathu is "my" area of Phuket. We live in this area, which is between Patong and Phuket Town. Actually Patong is officially included in Kathu district, but .. Patong is a whole other world. Our Kathu is the more local area which you reach by heading over the hill from Patong towards Phuket Town. Some parts of Kathu are busy, some are quiet and large parts are residential. It's an interesting area to drive around on a scooter and see some actual local life not far from the main tourist beach. We visited Kathu temple (Wat Kathu) last week on a hot sunny day for our daughters birthday, to say a prayer. 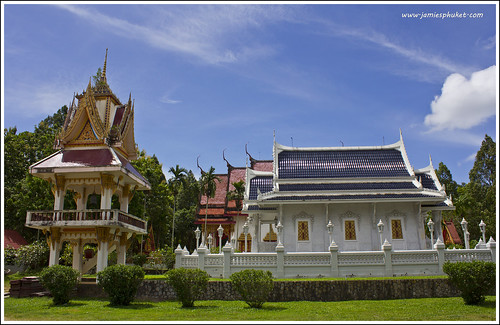 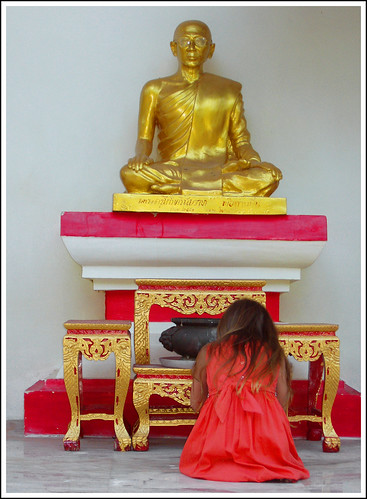 It's a quiet local temple, although it seems some tour minibuses pass this way, one arrived just as we were leaving and maybe there are one too many donation boxes! But the temple is very well looked after, the Monks here obviously take pride in their temple. The smaller local temples are often worth a visit. 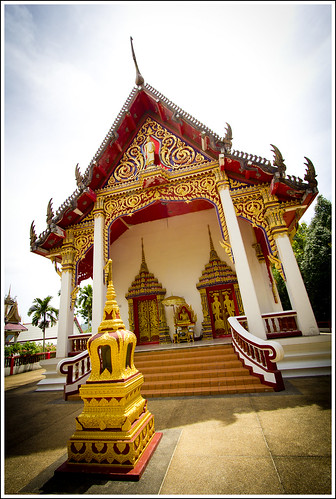 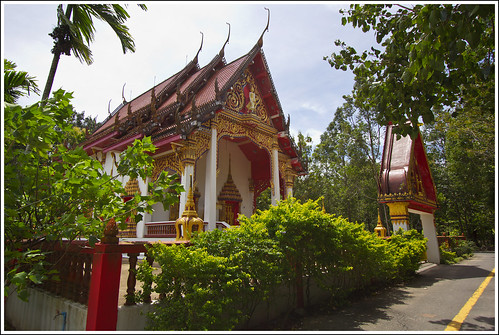 I should point out - I'm not a Buddhist. The fact that my surname is "Monk" is a happy coincidence! We do visit temples for prayers now and then, I have no idea what exactly to do, other than follow by example, usually light some incense and put a flower somewhere and think happy thoughts related to health and happiness.

Kathu temple has quite a menagerie around the grounds. Must have been about 20 dogs, at least that number of cats, and plenty of chickens too. A foreign man was there feeding the dogs who obviously knew him and crowded around him. Cats are too cool to crowd around anyone, especially on a hot day ... 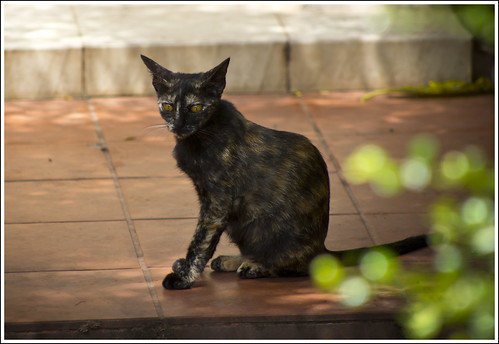 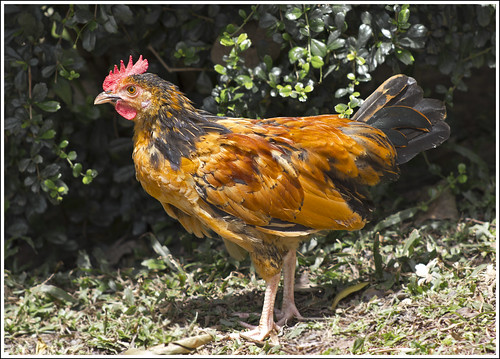 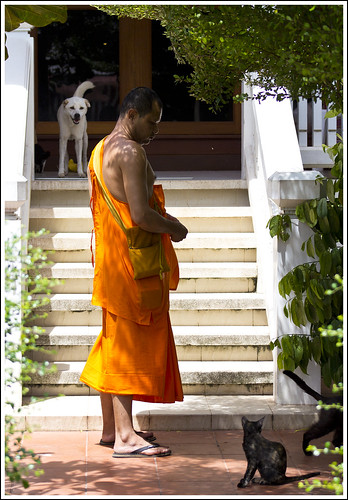 A very peaceful place. And just 10-15 minutes drive from the busiest place in Phuket - Patong! This visit was for a happy occasion. The last time I stopped at Kathu temple was for a funeral, RIP Ruedi. 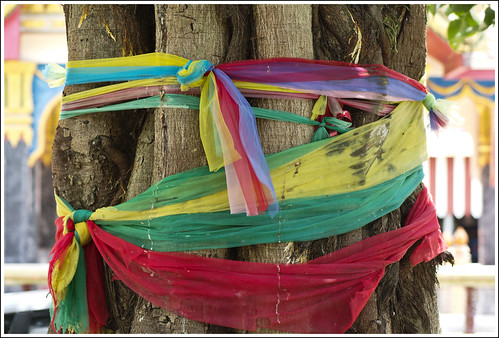 Not too far from Kathu temple is Ket Ho temple, a bit closer to Phuket Town. There is also a Chinese shrine in Kathu village, only about 500m from the Buddhist temple. Kathu village shrine is one of the focal points of the annual Phuket Vegetarian Festival.

Aside from the temples in Kathu, there is a large daily market in Kathu, just near the "Caltex" junction. You can also visit Kathu Waterfall or try the nearby Bungy Jump or Wake Park. Oh and the Phuket Tin Mining Museum is only a couple of km away from the temple too.

There is a big festival in Kathu every year - a cultural street show which takes place some time in July or August. It's been running since 2009 - see a blog post here - Kathu Phuket Culture Festival. I keep telling people - Kathu is the heart of Phuket!


You have been reading : Wat Kathu Temple