I have been meaning to visit Wat Suwan Khuha (or Wat Suwan Khuha; or Wat Tham; also known as "that temple with a big Buddha in a cave") for a long time. I have seen many photos on the web, the temple is often visited by tours heading to Phang Nga for excursions including elephant rides or white water rafting, so we decided to go last weekend. It's only just over an hours drive from our house to reach Phang Nga town, and the temple is about 10km before the town.. but was curiously poorly signposted. On the way through the North of Phuket you pass rubber plantations, and there were a couple of local caged bird singing contests in progress. Heading over the Sarasin bridge out of Phuket the views are always great. One of these days I must head up there just to get some photos of the area.

The road from Phuket to Phang Nga is good, you pass a number of Buddhist temples and mosques on the road towards Phang Nga Town. I was surprised to find that the turn off to Wat Suwan Kuha is not marked (at least, not in English - the temple entrance on the main road is in Thai). There is a sign pointing to Raman Waterfall National Forest, so follow that! Wat Suwan Kuha is about half a kilometer along the road. There is plenty of parking and, as I say, there are tours visiting here. Quite a few "farang" visitors when we were there, but it was far from crowded. 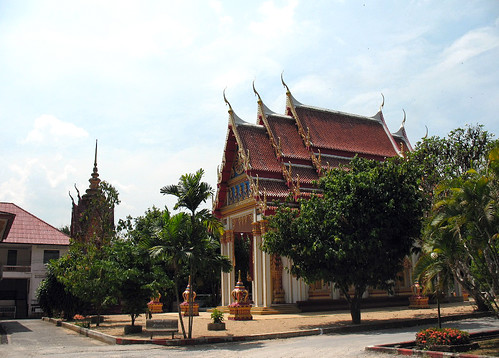 Outside the cave you find a temple, stalls selling fruit, drinks and snacks and lots of monkeys who will steal your food given half a chance (I saw a monkey take a bag of nuts from a girl on a motorbike). Anyway, no need to buy food here, save your hunger for something better (see end of this page). Entry into the cave is just 20 Baht I am pleased to say. 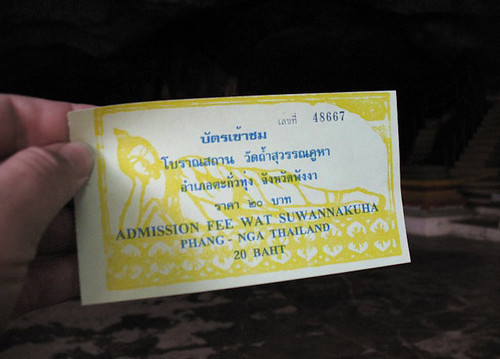 Oh yes, monkeys... all over the place outside the cave. None inside. Of course people try to sell you food to feed the monkeys. Up to you. Anyway, if you have never been close to a monkey before, here's a place to get that monkey vibe. 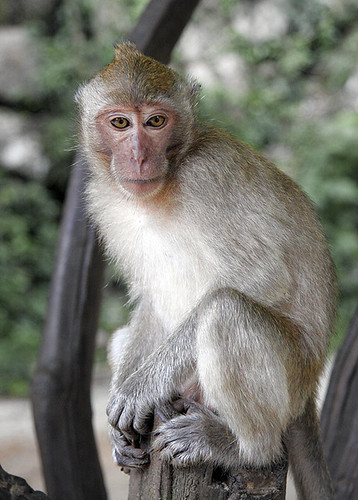 Inside the main cave, the dominant figure is the large reclining Buddha. There are a number of other Buddha images too and a big Chedi which contains bones of the Na Takuathung family who were the local governors about 160 years ago and who arranged for the construction of a shrine in the cave. 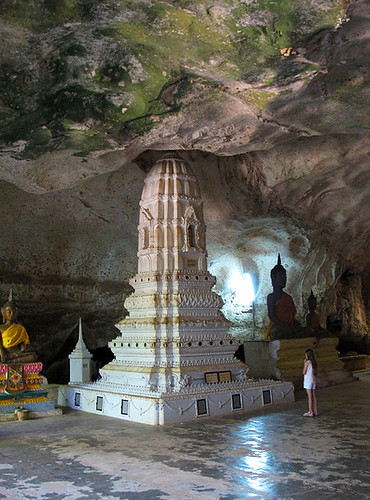 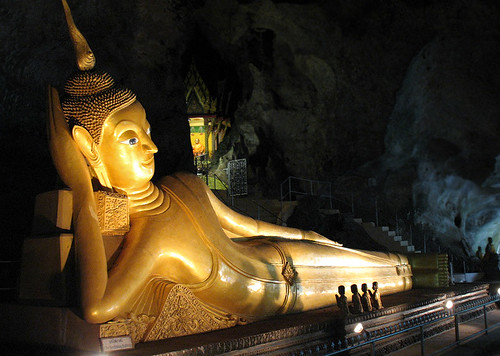 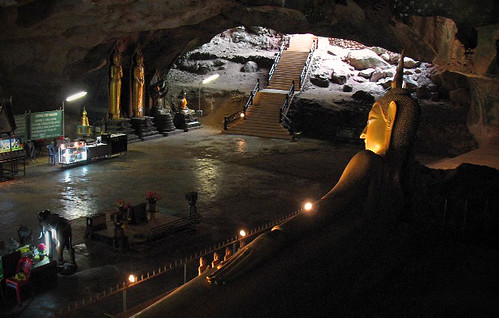 We have been a few times to the temple during tours around Phang Nga. On one visit a young Monk was seated in front of the reclining Buddha saying prayers for anyone who asked. He seemed very peaceful, and a cave dwelling cat found refuge next to him. 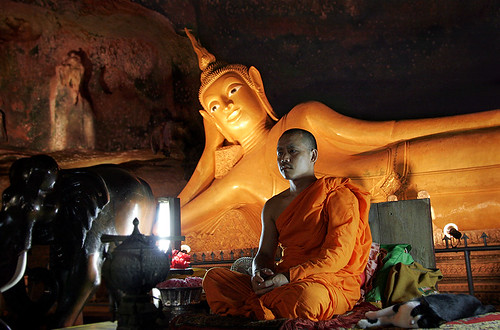 You can climb some steps past the big Buddha, enter another part of the cave. Oh, and I must mention there are bats in the cave too :) And some kind of cave dwelling birds. And a very amusing and totally pointless sign asking people to not write on the wall. 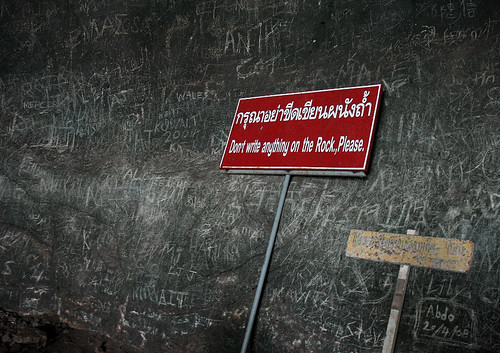 The cave leads out into the forest. On one visit it started to rain and the wind blew the rain through the cave. After the brief downpour the light filtering through the trees was quite other-worldly. If you like caves or temples, you'll like Wat Suwan Khuha! 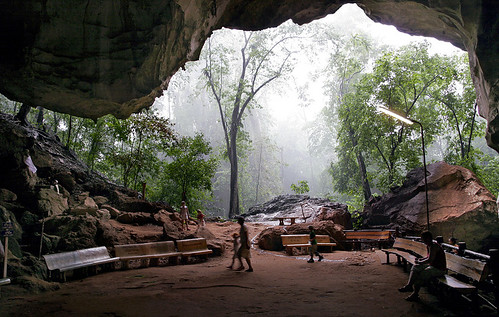 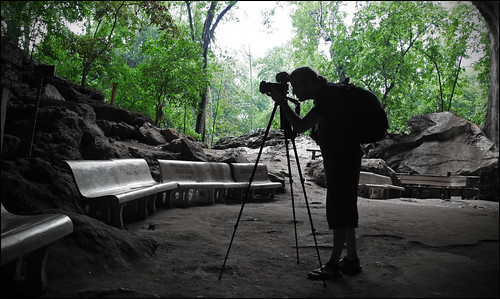 This was a nice day out off the island! Not in Phuket, but only an hour from home. We continued further along the road to see the Raman Waterfall.. and will go back sometime. There is a 2km nature trail with about 6 different waterfalls to see. After the temple and waterfall we looked for a nice lunch and found it - a place called Samchong Seafood, a little off the main road between Phang Nga and Phuket, a floating restaurant on a wide mangrove channel. We have been back there several times.

Phang Nga is the province to the north of Phuket and there is a lot to see here, and mostly it's within a day trip from Phuket. Wat Suwan Kuha could be combined with a ride around Phang Nga Bay and a nice seafood lunch. Sometimes I realise there is more to Phuket than Phuket!


You have been reading : Wat Suwan Kuha Temple (Phang Nga)