Phuket is big enough that after living here for more than 10 years there are still unexplored corners. Naiharn beach is right in the south of the island and actually I don't reckon I'd been down this way for maybe a couple of years. It's not "our" part of the island, as we live in Kathu near Phuket Town. My wife and I when we first met would often come to Naiharn and Rawai beaches, stopping off at the viewpoint between Kata and Naiharn or carrying on to Phromthep Cape. So much nice scenery in this part of Phuket and yet still so very quiet compared to the main beach areas. The road from Kata to Naiharn twists and turns until it finally drops down into the trees passing by quite a lot of recent development in the area. Lots of restaurants and bars and small hotels. The Naiharn area is popular with expats who like the quiet side of life.

It's certainly much busier than 10 years ago but in some areas still feels like an English village! It's very neat and tidy and there is no ugly urban sprawl here. Now why is that ... ? It has to be partly down to Naiharn temple. The beach is about half a mile long and most of the land behind the beach is owned by the temple which sits right behind the beach. Also there's a big lake behind the beach and you can't build on a lake! So hotel development at Naiharn is very limited. You have the The Nai Harn (previously the Yacht Club, All Seasons and that's about it near the beach! The land has got to be worth huge sums of money! But Naiharn temple remains occupying a large area of prime beachfront land. And so Naiharn remains quiet. 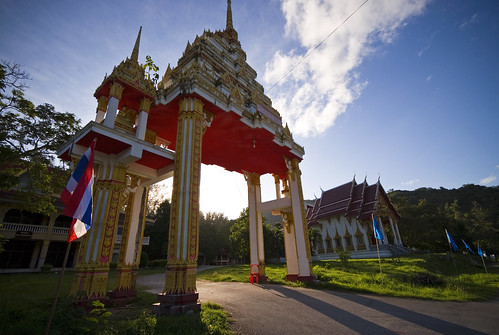 I called in to the temple one evening in August. This was the first time I had ever stopped at this temple! Which is surprising as I do like temples! It was one of those perfect low season evenings with the sun setting late (about 6:45pm) and that evening light is always nice for a photo. I parked next to the lake and was happy to hear prayers coming from the prayer hall. 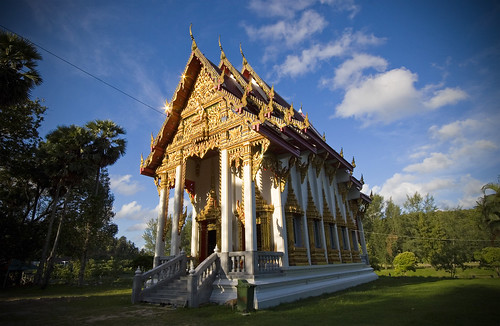 That's the prayer hall above. There's a fair size Buddha statue inside and the walls are covered in paintings showing the life story of the Buddha like this one: 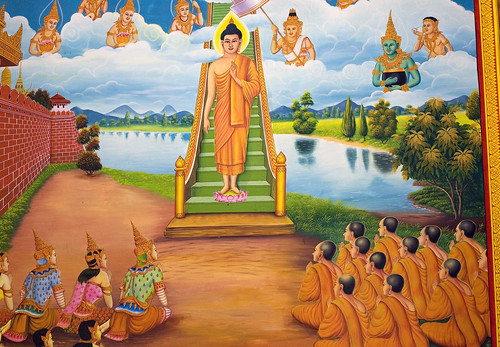 Prayers were being said by a small group of monks. There is something about the sound of the prayers that is slightly hypnotic and dreamlike. 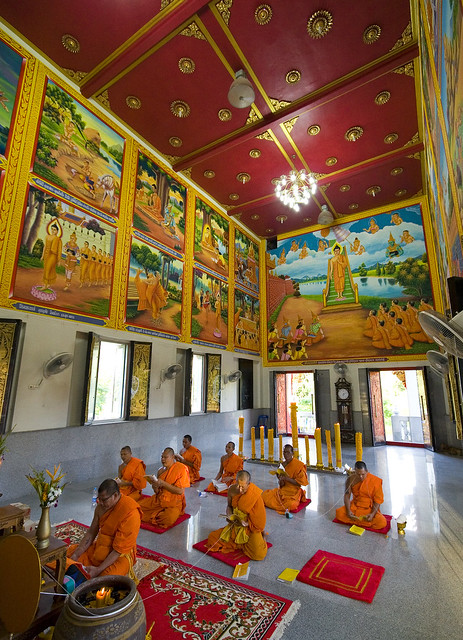 A few people poked their noses in the door including an Italian couple who tried their very best to get in all my photos. No noise from outside. Naiharn is quiet. I can imagine this being a very peaceful place to be a monk. 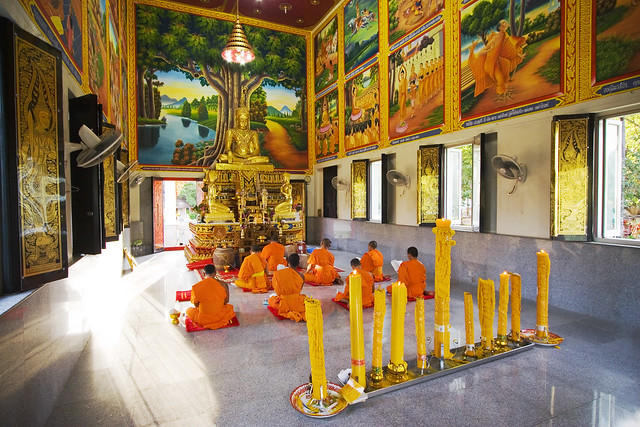 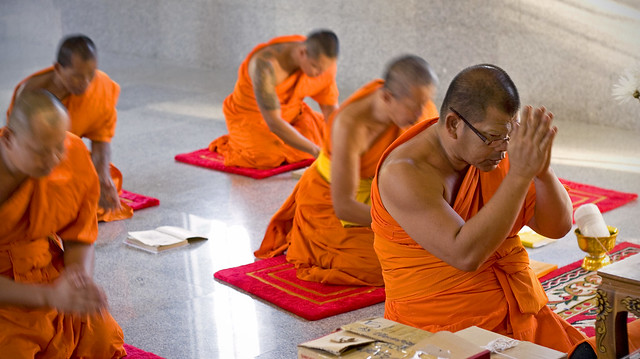 I plan to be back at Naiharn the next time I get a sunny evening for a walk on the beach. I'm not suggesting that Naiharn is an untouched paradise... indeed I know that in high season the beach is packed despite the lack of nearby hotels - that's due to so many websites saying that Naiharn is "the quiet beach", so lots of people come from other areas to visit and so you have lots of beach chairs and sunbathing tourists, but it's still quiet - no busy road near the beach and if you are there at the right time the sound of chanting monks may reach your ears.


You have been reading : Naiharn Temple at Naiharn Beach