We do like to go exploring in Phang Nga, the province which is just north of Phuket, just over the Sarasin bridge. It's a much larger area to explore than Phuket Island, so we keep finding something new. Phang Nga province includes such attractions as Phang Nga Bay and Wat Suwan Kuha, as well as many waterfalls, restaurants, temples and quiet roads with great views. We first found the Phang Nga Viewpoint Cafe on January 1st 2013, and though it was not 100% complete, it seemed open and the views were very nice, so we stopped for a drink. And then we found that we had met the owners before at a friend's house. A husband and wife team, he had been a policeman in Phuket before, now "living the dream" or something in Phang Nga. We enjoyed the views and said we'd visit again sometime. Here's the view looking south... 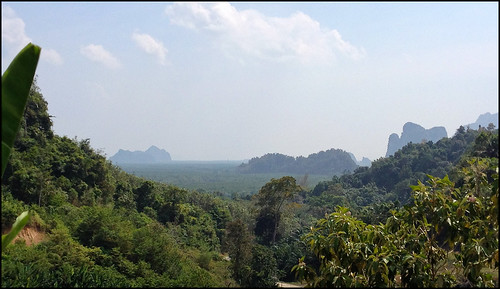 And the kids enjoying their New Year's Day in Phang Nga ... 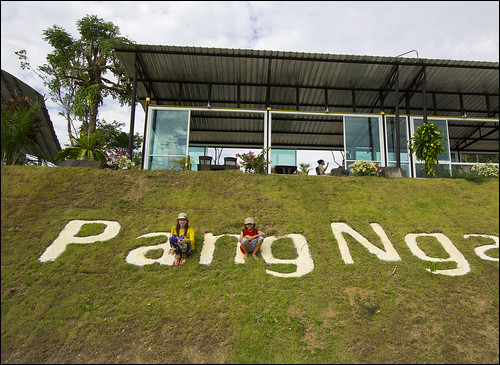 We have now eventually returned! We had an afternoon in Phang Nga on Christmas Day. During 2013 we did head into Phang Nga province several times but we stuck to the west coast, staying several times in Khao Lak and exploring that part of Phang Nga province. On December 25th we drove towards Phang Nga Town, stopping off at Wat Manee Sri Mahathat, and planning to see if the new Dairy Hut Farm was worth a visit. We sidetracked up the left turn before Phang Nga Town to the Viewpoint Cafe. Note - the signs are only written in Thai to this place! The seating had been increased since a year before including many outdoor tables and a balcony with the view below ... 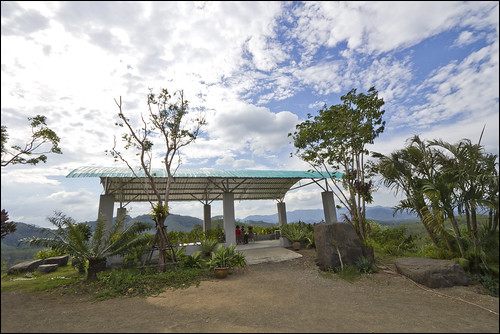 So we had a very relaxed half hour chatting with the owner. He recommended coming back for a sunset beer. Sunset is great there, he says - that will have to be next time! Certainly a nice spot to stop off if you are in Phang Nga, have a drink, enjoy the scenery. Oh, they allow people to stop and camp there too. The location is marked on the map below, although the satellite image is too old to show the cafe.


You have been reading : Phang Nga Viewpoint Cafe