I had meant to visit the Chinese shrine at Sapam for ages. Sapam is a village about 7km north of Phuket Town. Just south of the village is Wat Sapam which I have visited before. The village is/was a fishing community. The access is just off the main road between town and the airport, about 1.5km south of the bypass road. The Chinese shrine is right at the corner at the entrance to the village. The village road is only about 500m long before you hit the sea on the east coast of Phuket. 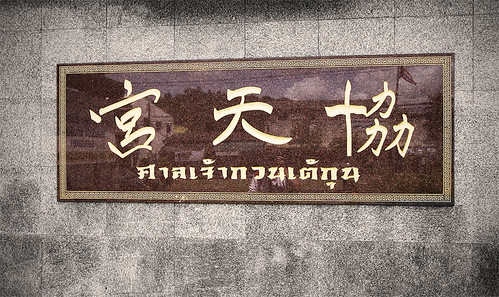 Although the shrine is commonly called "Sapam Shrine", or "Sanjao Sapam" (Sanjao is the Thai word for a Chinese shrine), the actual name is Kuan Te Kun - the sign above says Sanjao Kuan Te Kun, and I guess says a similar thing in Chinese. I wanted to visit, as this is one of the participating shrines in the Phuket vegetarian festival, and this year (2010), the first main street procession of the festival will start at Sapam shrine on Saturday 10th October. I intend to be there nice and early, around 6am. So this visit was a kind of familiarisation trip.

It's not a big shrine compared to Kathu or Jui Tui for example, which is not surprising as it serves a small community. You can read something here about the history of the Sapam area. 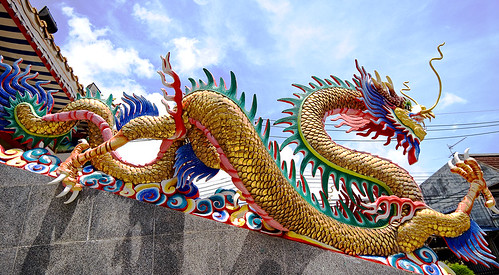 The dragon above is one of 2 on the stairway at the entrance to the shrine. Everything was looking very shiny, I could see recently used mops hanging to dry and pots of paint in a shed across the road. At the time of the vegetarian festival everything is made to look its best. Statues of gods are carefully cleaned, shrines spruced up... the belief is that during the festival the gods or spirits descend into the shrines. 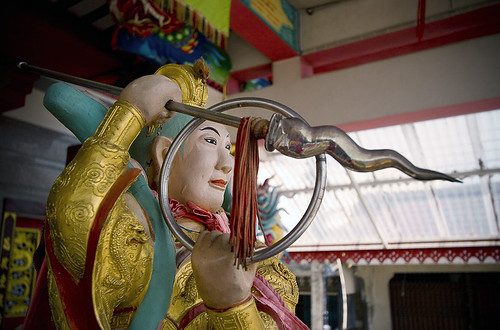 The main doors into the interior of the shrine were closed, but I could walk around the covered area outside where statues such as the one above were found. Also, see below.... this spiked ball (I believe) will be tied to a rope and used by a devotee (Ma Song) during the vegetarian festival - swung into the flesh of his back. There is a lot more to the festival than just Tofu :) 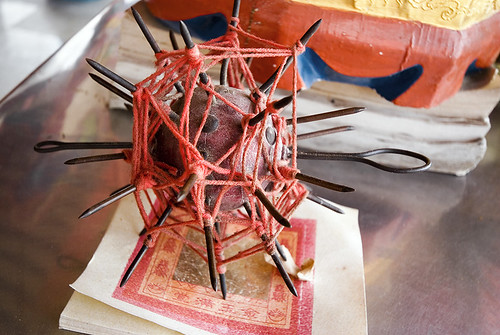 I have more photos of this shrine on Flickr: Sapam Shrine. I'll be back here on the 10th!


You have been reading : Sapam Chinese Shrine (Kuan Te Kun)