There's always more to explore! On a recent day off work, we went exploring into Phang Nga Province, north of Phuket Island. We head this way quite often, because Phang Nga is big and has lots of green spaces and very little development, plus every time we find new roads and new places of interest. Our main aim on this trip was to visit the Sunday market in Old Takua Pa Town, but on the way we took a different route to normal (with the help of Google Maps!) on a winding road heading north from Phang Nga Town. A very rural area like much of Phang Nga which is about 8 times the size of Phuket Island. Well, then instead of heading direct to Takua Pa we saw a side road signposted 'Tone Pariwat Waterfall'. We had heard of this place but never been before, and since there was plenty of time, we turned off onto this narrow road. Somewhat surprised to see quite a few minibuses on the same road, but I remembered that this area is where many tours come for white water rafting, elephant riding and a jungly day out not too far from Phuket (took us about 90 minutes drive from our house). 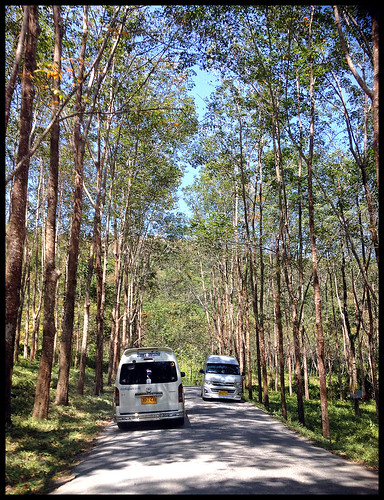 And there were also lots of elephants by the side of the road, I also caught a glimpse of an elephant walking along the river, a fleeting glimpse, I should have stopped for a photo. I'm not really into elephant rides myself, I like the idea of free elephants, but the fact is there are a lot of captive elephants in Thailand and some are better cared for than others. 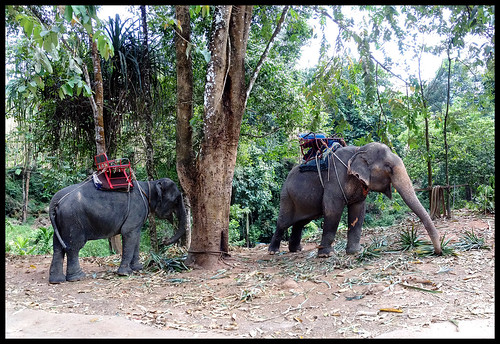 The road follows a river for a while, and there are various 'adventure camps' along the river, where the rafting tours start and end. Tours in this area can be booked with my friends at Easy Day Thailand. There are rafting trips of various lengths and the tours may also include elephant rides, a stop off at Wat Suwan Kuha (temple in a cave) and a visit to the waterfall that we were heading to!

The last couple of kilometers of the road are narrower and head over a couple of hills. It's all green and wild. We love this kind of scenery, but it's hard to capture in a photo. 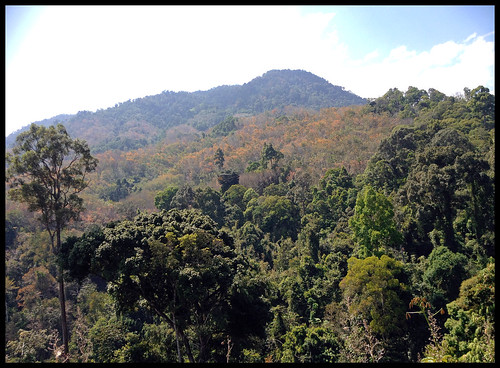 (above) Scenery near Ton Pariwat Waterfall.

Finally reached the waterfall ... did the usual negotiations at the entrance about "yes I am foreign, but I live here and have a work permit". In this case the park staff insisted I pay the 200 Baht foreigner fee, but then did not charge the rest of the family. Plenty of parking space by the river and a sign saying the waterfall is a couple of hundred meters away. Along the nicely made pathway we stopped a few times. We'd not brought any swimming clothes, as there was no plan to stop here. But we could at least dip our toes in the river. 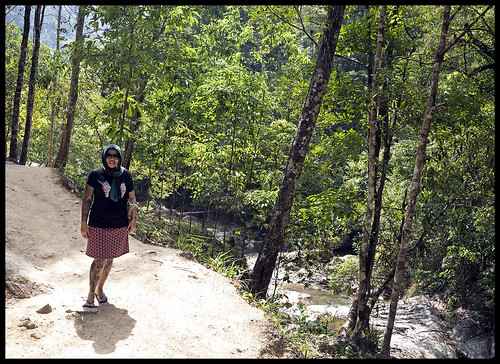 (above) Path to Ton Pariwat Waterfall 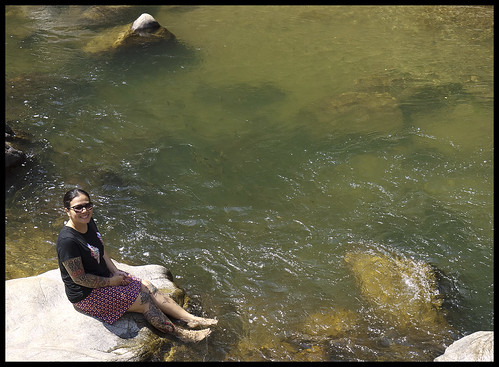 (above) Plenty of places to sit and enjoy the water

And the kids found a pool full of fish. The water levels were bit low, as there had not been any rain for about a month. So the fish had a nice pool with no rushing water. I can imagine that after some heavy rains, things would look a lot different here. Damn, we wanted a swim. From now on we'll pack swimming clothes on any day out just in case! 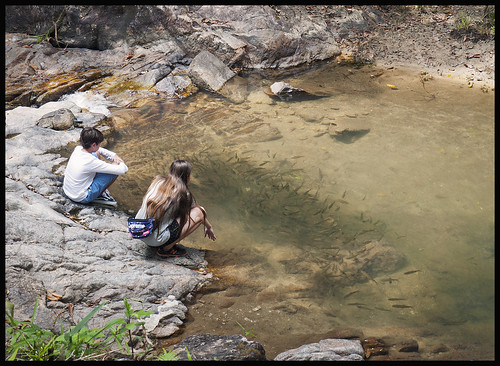 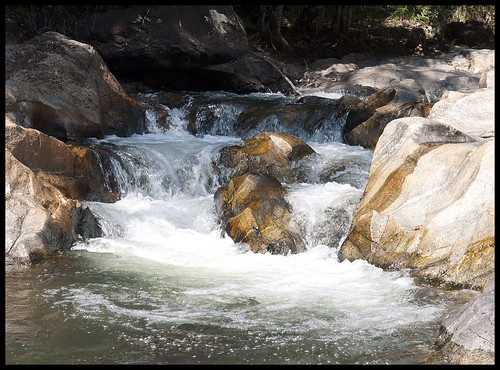 So we had a nice drive and a nice walk ... the actual waterfall was a bit of an anticlimax, but this is dry season. I imagine after a few rainy days it would look great. We had also noticed that the river was rather shallow, looked like the rafts on rafting trips would have trouble to keep moving! At the end of the trail, the waterfall has 2 main sections, the upper falls drop into a large pool where you can swim. 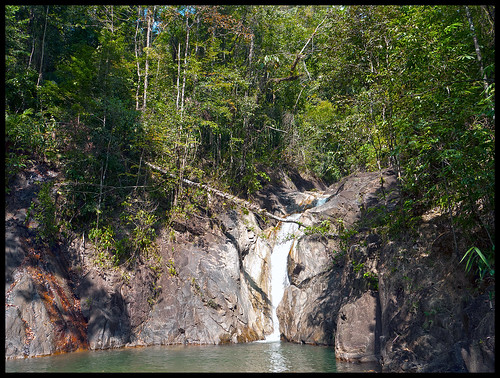 There are some rickety wooden walkways built over the river above the second part of the falls. I'd not want to walk here if the river was in flood. And you'd maybe not want to try swimming either. You can tell from the amount of bare rock that these falls can get a lot bigger! 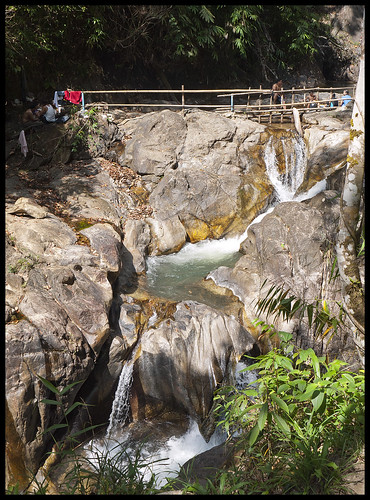 Yes it certainly is very pretty and was very uncrowded considering it was Sunday and we'd seen a lot of minibuses. Have to try again in low season after a few drops of rain. And bring swimming clothes. This is the kind of unexpected detour I like, we often drive off with vague plans and the plans change on the way. There's a lot of world to explore, but for now Phuket and Phang Nga will do!

You have been reading : Ton Pariwat Waterfall