A couple of weeks ago there happened one of those local events that (for me) makes Phuket special. The area of Phuket where we live is called Kathu, located between Patong Beach and Phuket Town. It's a big residential area with lots of sub districts (Tung Tong, Ket Ho, Bang Tong etc). We live close to the Baan Kathu area, the old village of Kathu. A walk around this area reveals an older, traditional side to Phuket and a mixture of cultures as demonstrated by the Buddhist temple and the Chinese shrine in Kathu. The area was the center of the tin mining industry which was very important in Phuket from the early 19th century up until recent years. 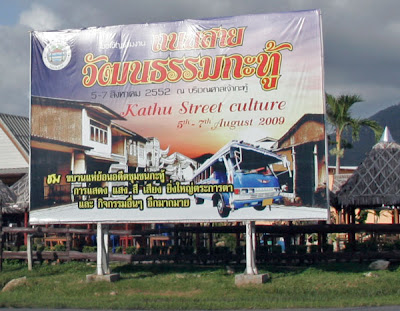 Anyways, in the last week of July I saw this sign (above) in several places in the locality at main road junctions. I am sure many other people saw the signs too. So on 5th August in the early evening I headed to the village to see what was going on. The answer? Plenty going on. On that evening only, there was a street procession through the village celebrating the history of Kathu, in particular the Chinese influence and the tin mining industry that made the area rich. The procession started with some kids from the Baan Kathu school (see photo below), but then was held up as everyone was waiting for a visiting dignitary to arrive and officially open the festival. 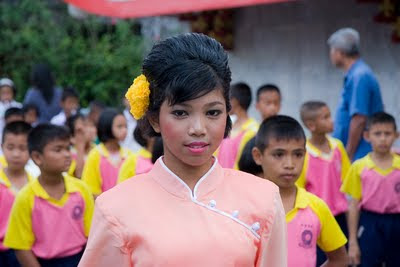 While waiting I was able to wander around the painted faces and costumes of the people taking part, and I have to say I was not expecting such amazing costumes! There were quite a few people around taking photos, but I was very surprised that during the whole event I did not see one single other foreigner. I think probably most of the people from Kathu village were there, though!

Here are some of the faces. The elaborate Chinese style face painting and costumes are in the style of old Chinese opera. It was back in 1825 that a Chinese opera troupe came to Kathu and became sick. They healed themselves by strict adherence to a special vegetarian diet, and thus began the Phuket vegetarian festival. 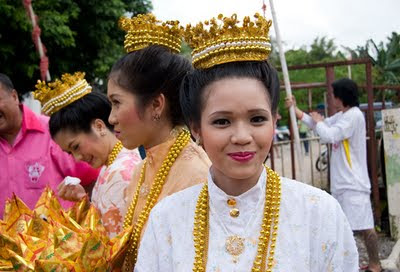 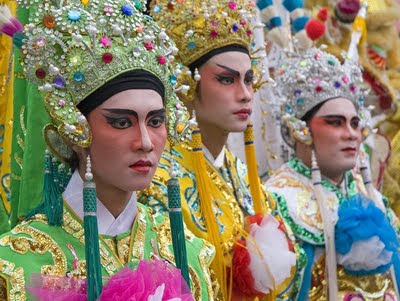 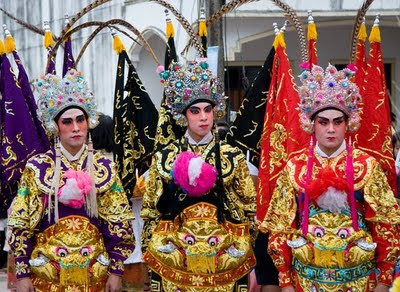 We kept waiting for local top dog to turn up and set the procession on it's way. Meanwhile, dark clouds gathered and we all hoped it would not rain. Local kids were waiting too... 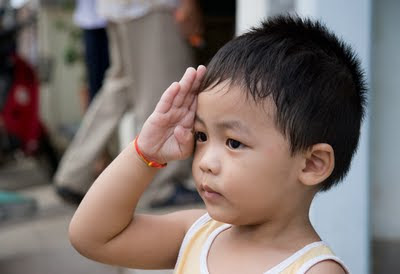 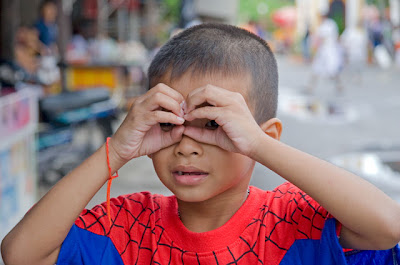 The long wait for the "official" start to the 3 day festival meant I had more time to take photos of the participant in the procession. Good thing I had gone that evening as the procession was a one off event. These local events are so easy to miss. You have to keep eyes open for signs and posters or just be in the right place at the right time. 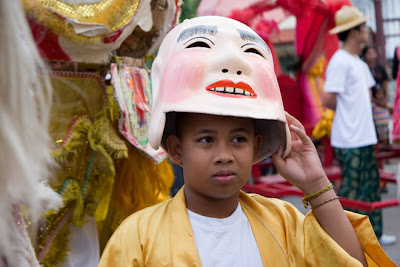 This boy was trying very hard to be patient, waiting for the procession to start so he could put on his mask. The girl below was one of half a dozen dressed as "coolies" - Chinese tin mining workers. 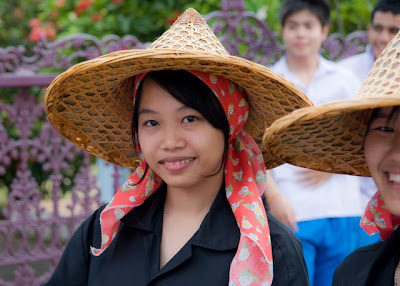 (below) These costumes and painted faces were great. Must have taken a lot of time and effort to create the effect, which is quite stunning. 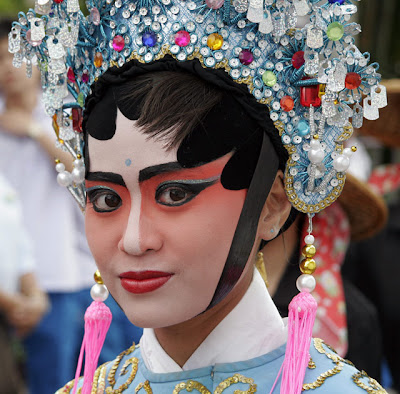 Finally the top brass arrived, by which time it was getting rather late. A couple of speeches followed and a ceremonial cutting of the ribbon. This local event had attracted a number of photographers and a TV news crew too. I think the photo below gives the idea. Lots of cameras for the opening ceremony. 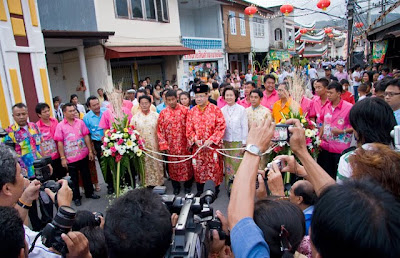 And after all that.... the procession did not last long, only walking about half a kilometer past the Chinese Shrine and to a field at the local health center. Was getting a bit dark for decent photos. I was glad to have had the time to mingle with the people all dressed up. Planned to go back next day to see more of the street stalls, but had no time. It was rather odd to have the festival mid week! 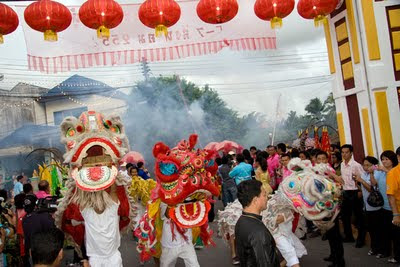 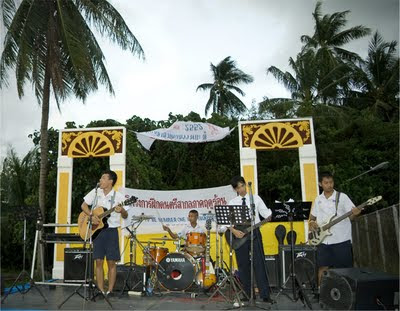 I followed the procession along the road lined with food stalls and stalls with information about the history of the Kathu area. The local school band (above) were playing with dark skies behind them. The rain somehow held off. I love this kind of local festival, full of colour and history. Anyone who thinks Phuket has no culture... well, think again. When I started this blog 3 years ago, part of the idea was to show something different. The "other" Phuket, not just bars, beaches and shopping. Phuket has way more to offer, but you do have to get out and explore. If you sit on a sunlounger, the local culture is not going to come to you. It's "out there" waiting to be found. Sometimes not far at all... Kathu village is only 10 minutes drive from Patong Beach.


You have been reading : Cultural Street Festival in Kathu Village