Note - this is an old post from 2006. I have posted photos every year since then, much better than those below! For more information on the festival and links to all the blog posts from 2007 - 2016 - see Phuket Vegetarian Festival Introduction.


Photos from the street procession on Sunday 29th October 2006 from Kathu Shrine to Phuket Town. These street processions took place all week from the 24th to 30th October. This was the only one I saw - too busy at work, though we did visit Sam Kong shrine a couple of times and we ate the Jae food all week. I was in Kathu village at 6:30am as the participants came from Kathu Shrine along the road through the village heading for Phuket town about 5km away. The early morning light and thousands of firecrackers made a great scene as the gods were carried on their way. Among the statues were the holy people and those with knives, swords, spikes and more through their cheeks, many women seemingly in trances, men with whips and cloths, and many helpers. Here's some photos from the village: 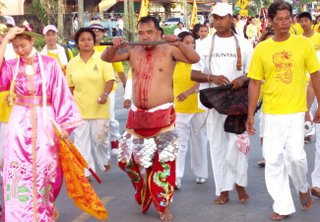 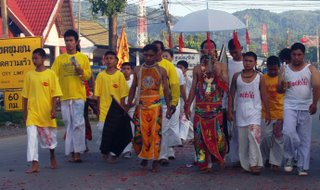 (below) Procession of gods departs from Kathu, early morning 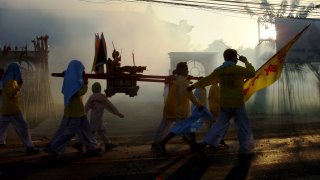 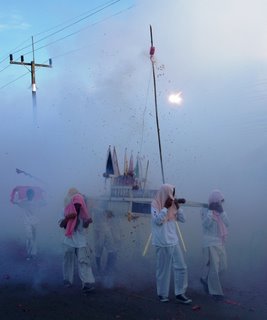 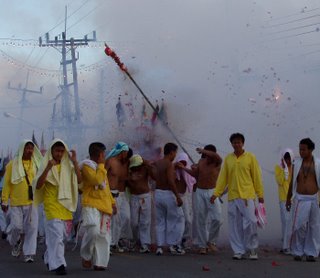 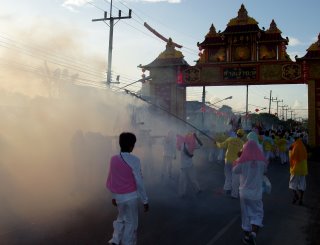 I then headed via another road to catch the procession in Phuket Town. While they walked about 7km I waited with many people in the center of town near the market. There were a few other foreigners around including 2 photographers dressed as if for battle with several thousand dollars worth of gear. I felt a bit lacking with my little digital. In the camera world, size matters.

A long wait, as the procession joined with people from another shrine at the stadium on the edge of town. By the time they reached us, some of the participants were looking rather hot and bothered. Cups of water were made available by the side of the road, as it was hot even at 9am.

I tried to capture some photos of the devotees with pierced faces: 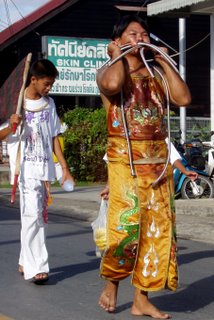 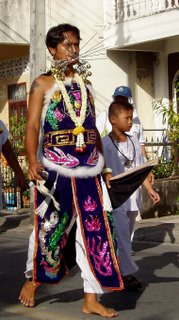 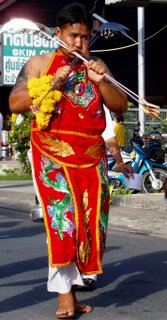 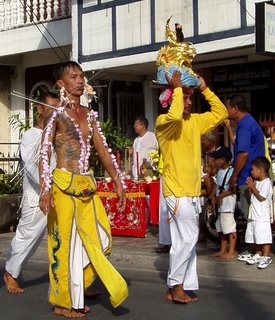 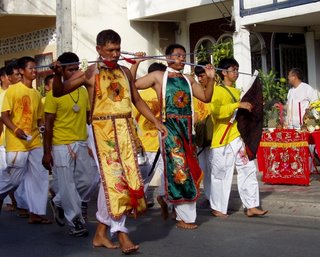 Next year I want to do more, see more. I did eat the food for a week, though did not stick 100% to ALL the rules, but then again I did not stick spikes in my face either. If you were in Phuket and missed it..why? If you're planning a trip to Phuket next year, try to be here for the vegetarian festival..The dates are based on the lunar calendar, starting on the new moon. Hope to see you here in Phuket!

Need a place to stay in Phuket for the festival? A few links...


You have been reading : Phuket Vegetarian Festival Photos 2006