I went for a quick look at Kathu Shrine last night. The shrine is in Kathu village, which is an old, rather traditional Chinese area of Phuket. When you are in the village you see many old folks sitting outside their houses, lots of small local shops..seemingly half a world away from Patong beach which is only 15 minutes from here. Sure there are some new buildings around such as the "Lakeside" apartments, but over all the village is very quiet and oldy worldy. There's a Wat just outside the village and a Chinese shrine on the edge. It's one of the main Chinese shrines used for the Vegetarian Festival celebrations which take place sometime in September/October depending on the moon phases.

As you enter the village from "my end" you pass through a grand entrance built for the vegetarian festival (see photo below). There are lanterns and lights hung over the road all the way through the village, all ready for next week when there will be daily prayers at the shrine, vegetarian food stalls all over the place and people wearing white (although there has been a call for people to wear yellow this year as a sign of respect to King Bhumibol). 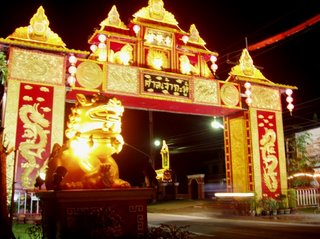 In the temple there were quite a few people busy at work painting, fixing and getting things ready. The shrine's devotees will have "their" street procession in Phuket Town on October 29th at 7am - starting from the shrine, then heading to Surakul stadium on the west side of town near Central Festival and on through the town. A day for getting up early if you want to see something special. Before this there will be daily events at the shrine, as there will be at the many other Chinese shrines in Phuket.

Some photos below taken at the shrine last night. 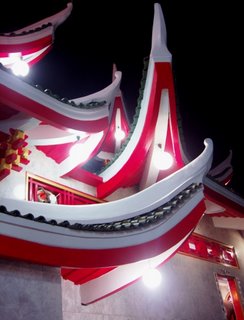 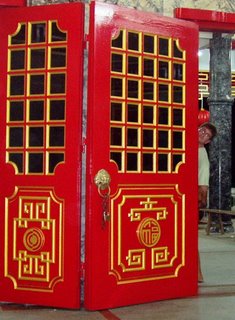 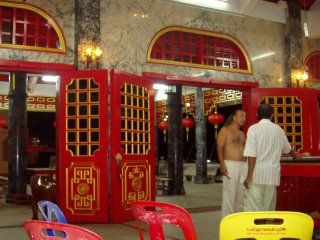 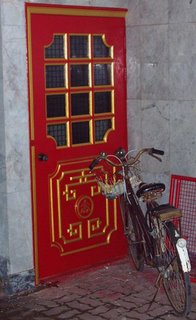 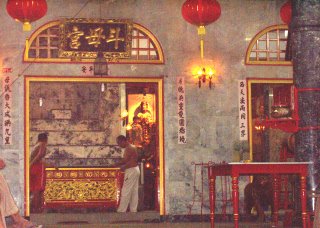 There are a lot more Kathu shrine photos on this blog taken over the years since this post was published in 2006. For example ... Phuket Vegetarian Festival Opening Ceremonies at Kathu Shrine 2011 and Kathu Shrine 2011 - Piercings and Firecrackers.


You have been reading : Kathu Village Shrine