Most of the time I do prefer cheap and simple Thai food, but living in Phuket with it's many tourists and many different nationalities means that, if I am in the mood, there's plenty of good non-Thai food! Growing up in England, the sandwich was an almost everyday meal or snack. Sandwiches taken to school for lunch, sandwiches from the cafe at work, sandwiches in a backpack on a hike ... But living here, noodles or rice are the main staple diets. We do sometimes have some bread in the kitchen at home, make the occasional cheese toastie, but it's often more of an emergency snack. However I do like a good sandwich, and by "good" I mean better than I can make at home, something a bit fancier, not just cheese and ham.

Lucky 13 opened at the end of 2012, and I have meant to try it for ages! But Rawai is not that close to our house (about 25km) and although I guess its only about 7km from my work at Sunrise Divers (Karon Beach), I tend to grab quick lunches close to the dive center. On a totally free day back in March 2015 I was passing by Lucky 13 on the way to Rawai beach and decided to try it. Lucky 13 is easy enough to see near the Seashell museum on the same side of the road. 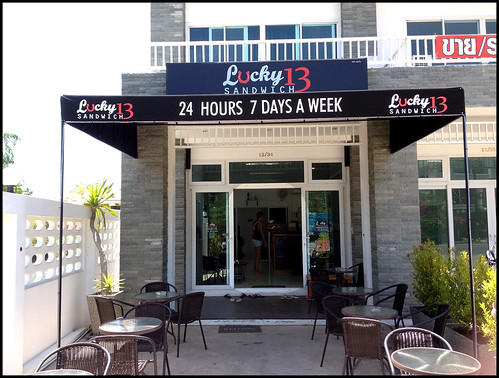 There's seating outside or inside (with aircon), I have now been twice and there's not been a crowd either time. I think it's maybe better known by people who live here, especially people living in the Rawai or Naiharn area. They also deliver, you can phone and order, or order online through their website (www.lucky13sandwich.com). A good local trade is what you need here. The menu is pretty big, some of it covers the wall inside, lots of sandwiches to choose from, also a lot of different drinks and they do burgers and breakfasts too. Apparently it's open 24 hours. I wonder how much 3am trade they get?

Sandwiches ... plenty of choice, some cheaper than others. Starting price about 150 Baht up to about 250. I like the choice of breads ... 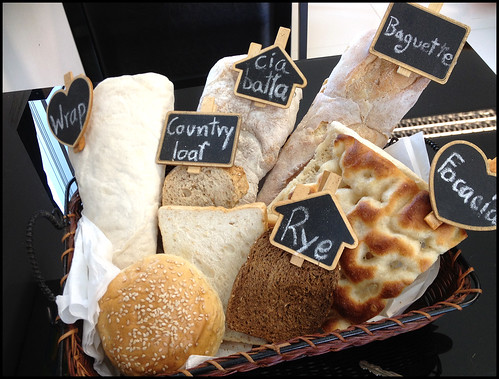 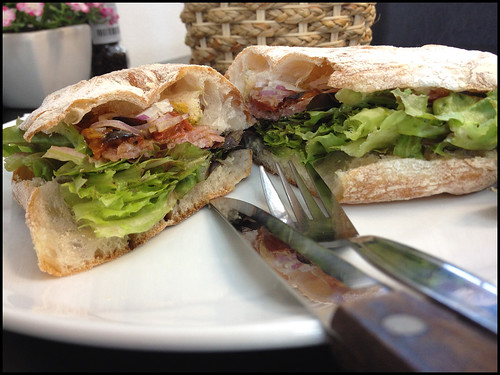 (above) Salami, sun dried tomato and pesto (with plenty of salad) sandwich 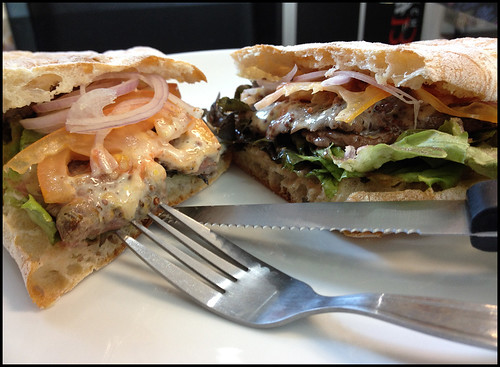 (above) Beef striploin with mustard mayo (and salad) sandwich. I went for ciabatta on both occasions, how fancy! They are pretty big sarnis, certainly enough for lunch. On my second visit I was given a loyalty card - free sandwich after buying 10 .. not sure I'll get to 10 any time soon. But will pass by again for sure, maybe try a burger or one of their breakfasts. Oh, there is a Lucky 13 outlet in Patong too. I am less likely to visit that one, Rawai is so much nicer!

More about the Rawai Beach area


You are here : Lucky 13 Sandwich near Rawai Beach