Update June 2014 - sorry to say that Route 68 has closed down ... but the old town area has plenty more restaurants, cafes and pubs!

Update 2015 - 2 new bars/hangouts were opened by the owners of Route 68 - one was called The Route, and was on Phang Nga Road in Phuket Town .. and it closed again. The other is Baan Samran on Krabi Road near the Chinpracha House in the old town - see them on Facebook @ facebook.com/baansamranphuket! But, further update .. they are both closed again. Pubs, bars and restaurants seem to pop up and close regularly!

Phuket Town has a lot of options for restaurants, many of them small and interesting, especially around the old town area. Now, we're not big on night life, and we normally go out with our kids so we're not out late. Every now and then I make a vow that we must try some new restaurants to keep life interesting ... and to make sure there's something new to blog! We do eat at home most of the time - remember we live here, we're not on holiday! And we are often a bit lazy with regards to eating out, we have our favourite places to eat and don't want to "risk" trying a different place. Yeh, getting old. I know.

Last week, we had an evening stroll on Thalang Road in the heart of the old town. It's pretty quiet down there most evenings, as mushc of the street is still occupied by old businesses such as printers, fabric shops, hardware stores - this was the center of the business district 100 years ago and some of the stores such as the Nguan Choon Tong herb shop have been run by the same families since they were built. It's not really a party zone. There are a few livelier bars within a couple of blocks such as Roxy, The Mine, Timber Hut and Rockin' Angels are all close by. Thalang Road stays nice and quiet. This time, we decided to try Route 68, which I must have walked past 30 times. It does have live music sometimes, but we were there early, around 7:30pm. 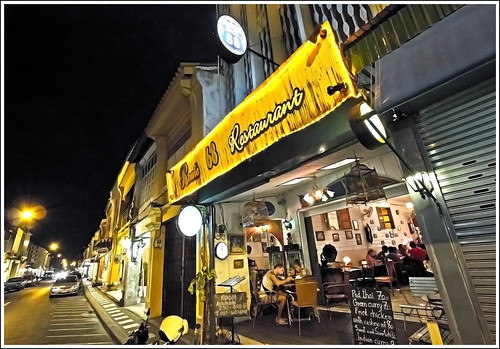 It's built into an old shophouse, though the external facade of the shophouse looks rather different to the Sino-Portugese style that most of the buidings in the area retain. Route 68 has been modified with a retro 1960's look which fortunately does not spoil the view of the street as a whole. Would not be allowed to - the old town is well looked after by the local people who want to keep the old town looking old. Thalang Road and the little side street called Soi Romanee (directly opposite the entrance to Route 68) are the jewels in the crown, having been rid of overhead cables back in 2010. There is work on-going to remove the overhead cables from several other streets in the same area (see Phuket Town getting a facelift). The photo below shows the full front of Route 68 (picture was taken in October 2011). 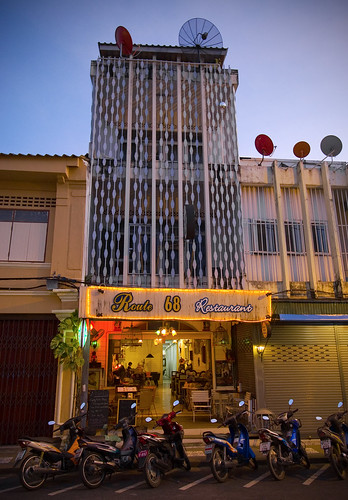 I think Route 68 will be a place we visit again. Small and friendly, decent prices, great location with a view of Soi Romanee outside, and like many of the small cafes in town, it's decorated in an original style. There are old pictures on the wall, colourful mirrors, diner style booths, old clocks and lighting that makes the place feel homely. And then at the far end you have musical instruments, sheet music and old records on display. And there's a pool table. 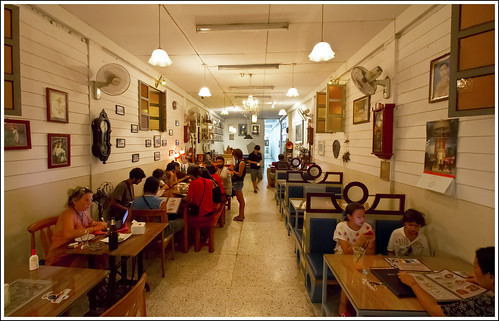 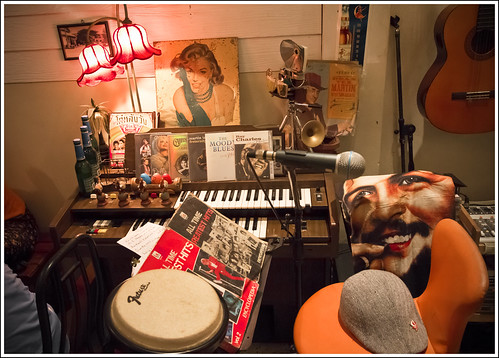 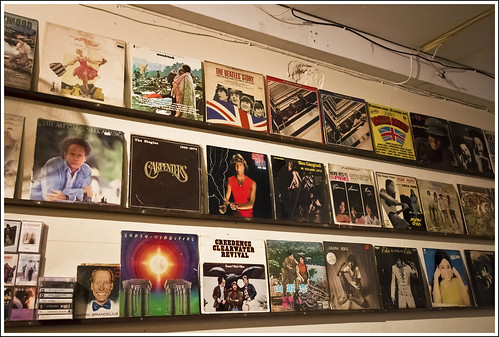 Actually, we only popped in for a snack but the kids asked for spaghetti. My son said the spaghetti with beef was "the best", my daughter had spaghetti with tuna, said it was not better than Dairy Hut, but it disappeared pretty damn fast! My wife and I just ordered some snacks and drinks. Here comes my Chang beer! 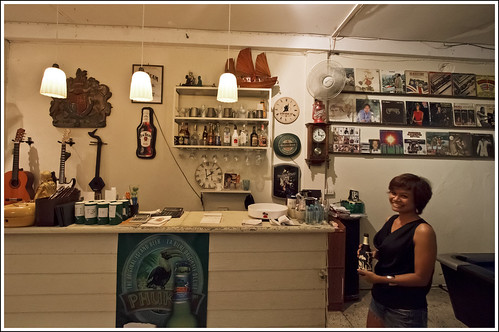 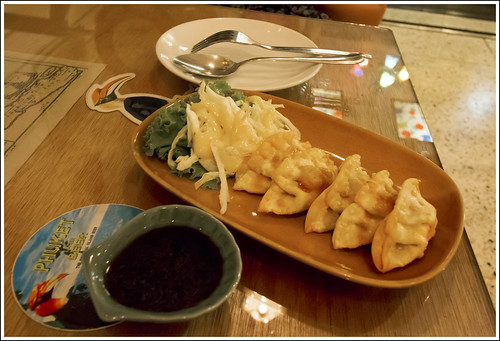 We're not too strict with kids bedtime especially if there's no school next day, so I fancy we'll be back at Route 68 sometime soon and hope to catch some live music. On the same street a bit to the west you can find Kopitiam, which is a regular favourite of ours. There is sometimes live music on Soi Romanee at the Glastnost Cafe. There's also a place called Rockin' Angels nearby and another one called Rider Cafe. It's only a 15 minute drive into town for us, so we go quite often, even just for a walk and a drink. We joke about buying our own shophouse in the old town, as it's our favourite part of Phuket! Maybe there will be a Jamie's Cafe one day! 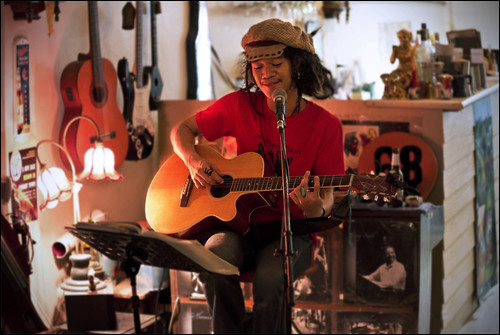 (above) Some gentle live music at Route 68


View Route 68 Restaurant in Phuket Town in a larger map


You have been reading : Route 68 Restaurant and Bar in Phuket Town