Updated July 2015 - this was the second restaurant to be blogged on Jamie's Phuket - originally blogged in April 2006 (we first ate there in January 2005), and it's still a favourite! Convenient location for us, not too far from home, good price and the food is always decent with a big menu to choose from.

Dairy Hut? Sounds like an ice cream parlour, and with a big cow outside the door, you might think you could stroll in and order a Sundae, but in fact it's a normal restaurant. Located on a side street near to the Bangkok Phuket International Hospital in Phuket Town. Dairy Hut does Thai and some Western food (burgers, spaghetti, breakfasts), is nicely decorated with big wooden tables and comfortable wooden chairs. They have several large screen TVs which may show sports or maybe just Thai soaps! 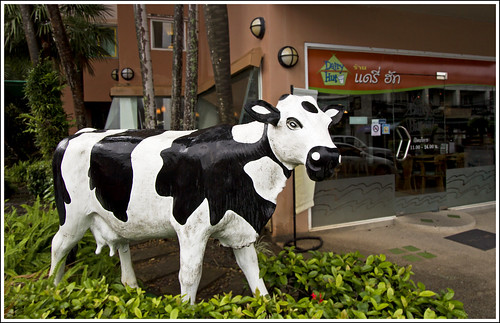 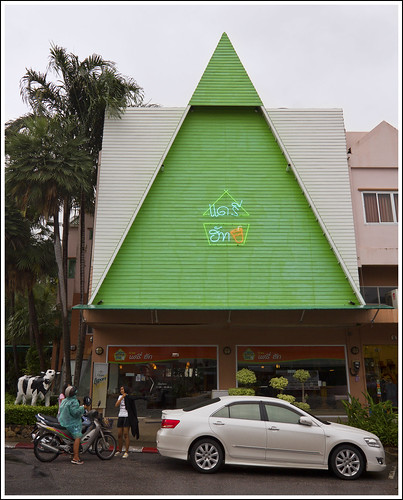 I first found it by accident. On the day my son was born, I went for an evening walk with my then 3 year old daughter to look for some food near the hospital. We found a small cheap Thai restaurant nearby, but unfortunately they were just closing up. I asked where we could get some food, and they pointed down the road where we could see a neon sign. We found Dairy Hut and, yes, I thought it was just an ice cream place, but we went inside and were happy to find it air conditioned and smoke free. I checked the menu and realised we could get real food. Don't remember what we had, but it was tasty and filling and inexpensive and they could do take away, so we took some food for my mother in law. 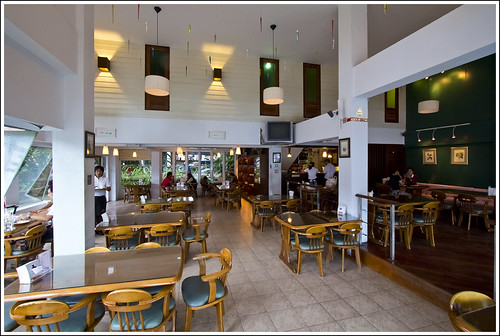 The indoor area (above) is air conditioned, but there is also an outdoor area (photo below). I guess the total capacity would be easily 100 people if full, but it never seems to be that busy. There is live music outside sometimes at the weekend. 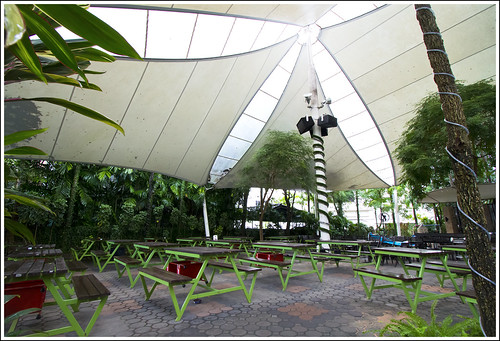 I often order the Yam Dairy Hut. Yam is Thai for Salad. Thai salads can be killer hot, this one is not too bad. They do a huge selection of Thai food, such as the dishes below. Top one is Krueng Gaeng Moo Grob (Krueng Gaeng is a kind of curry), below is Moo Grob Pad Prik Thai Dam. Moo Grob = crispy pork. Pad Prik Thai Dam = fried with black pepper. These dishes only about 55 Baht each (as of July 2012). 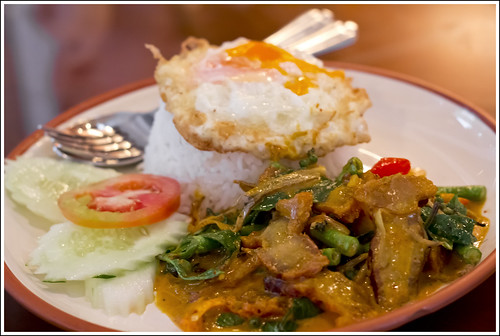 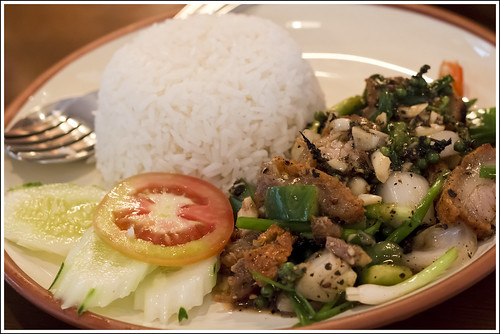 I'll add more food photos, as we do eat there quite often, although sometimes I forget my camera. Our kids normally eat spaghetti and garlic bread there, or something they call American Fried Rice. And there's something else I like - they have draft beer. You can get draft Singha by the glass or jug. Always tastes better than bottled beer. Goes well with spicy food :) 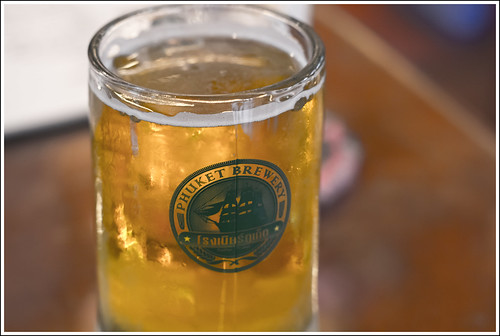 Note that the glass says "Phuket Brewery". The owner of Dairy Hut is a local businessman, who also owns the Nong Pho dairy group - thus the name of the restaurant - and owned the now-closed Phuket Brewery. Well, at least they saved the glassware!

Nice to have a few regular restaurants, and Dairy Hut is one of those for us. It's been well over 10 years since we first ate here. And we'll keep eating here. There's also another branch in Phang Nga province called Dairy Hut Seafood and we've been there several times too!


You have been reading : Dairy Hut Restaurant (Phuket Town)