Cape Promthep is Phuket's southernmost point, a rocky headland surrounded by steep cliffs with views of the ocean and all the islands to the south and east of Phuket. The coastal scenery is quite beautiful, and the area around Phromthep heading towards Rawai Beach to the east or Naiharn Beach to the north is still quiet and undeveloped, making a nice change from the main beaches of Phuket. This little corner of Phuket has always been a favourite of ours. Nothing else to do? Let's take a drive down to Rawai and Promthep...

Yes, we've stopped at Laem Promthep countless times. Anytime we have visitors, this area is on the to-do list. But somehow, despite the fact that Phromthep Cape is known as THE Phuket sunset viewpoint, I have hardly ever been there for sunset. You can drive along Rawai beach road past the little seafood restaurants and turn left onto the winding hilly road up to the cape. Now, as I say, Phromthep is THE place to watch the sunset, all the guidebooks and websites say so. Personally I think anywhere by the sea or with a view looking west is good for a sunset :) Don't be too surprised to see a packed car park at Phromthep with a dozen buses and people everywhere. On the road by the car park you find food stalls and souvenir stalls... 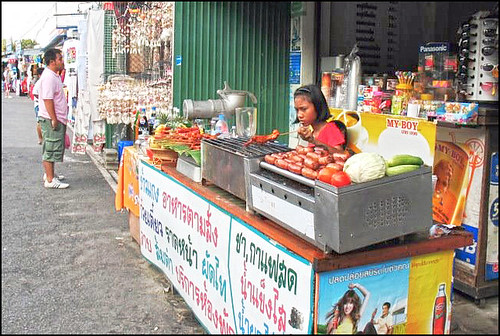 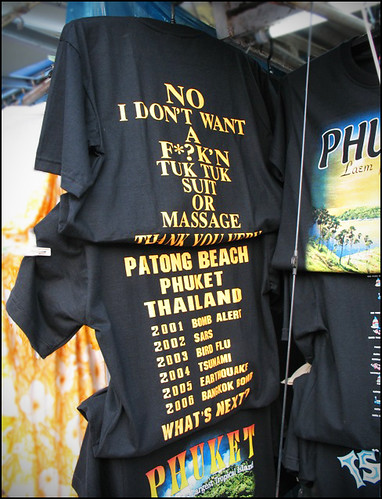 (above) if you buy one of these t-shirts I will find you and hurt you.

You walk up the steps by the car park, maybe buy some snacks at a food stall to nibble as the sun sets. At the top of the steps above the cars you have a large open area with great views, and everywhere there are people waiting for the sunset and taking holiday snaps. There are often many local folks up there especially at weekends. Plenty of foreign tourists too. All waiting for that "magical" sunset. 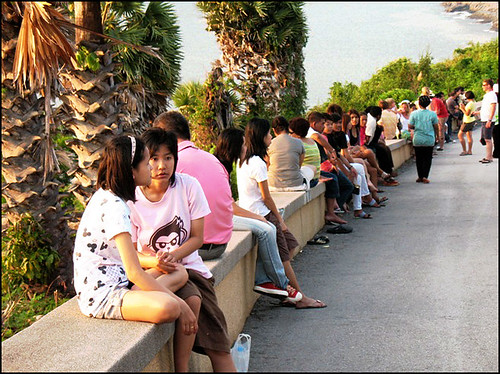 And at Cape Promthep you get entertained while you wait too! Live music ... 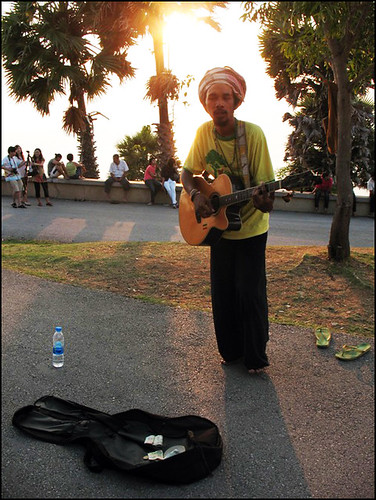 Sometimes the sky is too hazy or cloudy for a spectacular sunset, you have to be lucky. When I took these photos in 2009, the sun did eventually sink behind the hazy horizon, but nevertheless it was a great photo opportunity! I also like sunsets at Kata Beach, or watching the sunset and enjoying the views from the Big Buddha for example, but Phromthep is a very scenic area, and (here's an idea!) you could eat at the Phromthep Cape restaurant or head down to Rawai after sunset for dinner or a drink at Nikitas Bar by the beach for example. 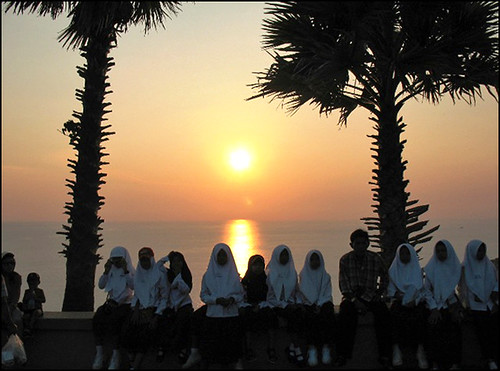 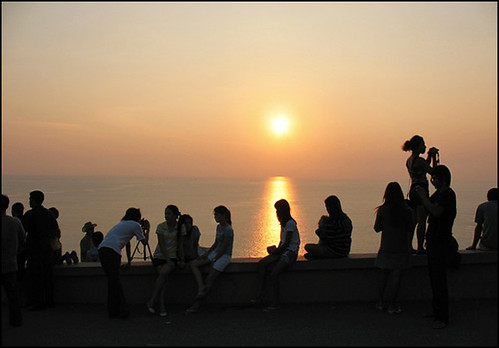 (above) Actually .. rather a nice sunset!

There's a small but interesting shrine at Cape Phromthep with elephant images all around. People were saying prayers as the sun set... 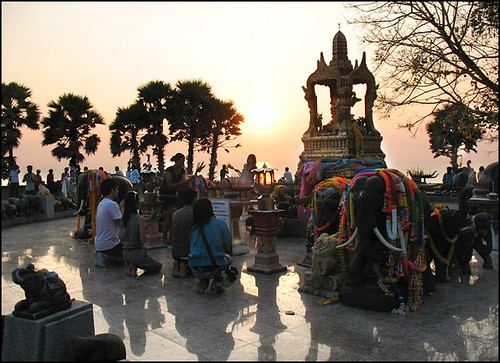 When I took these pics at Cape Phromthep in 2009 there was also a bongo playing / fire dancing combo... We gave our kids some change to put in the hat. My 4 year old son was particularly impressed by the fire dancer. Photos are not great, I had a simple camera in 2009 and no tripod either. One of these days .... need to go again with some better camera gear! 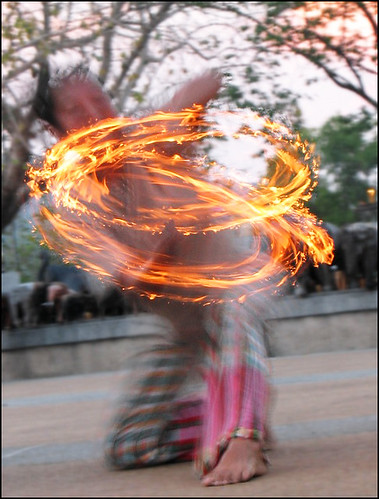 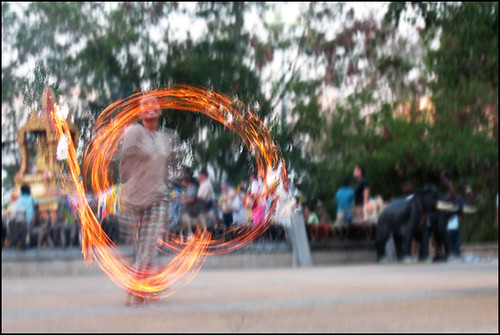 Being a rather rocky headland, there is a lighthouse here .. although boats have GPS and radar these days of course! The lighthouse, built in 1996 for the golden jubilee of His Majesty King Bhumibol Adulyadej, is open to the public - you can climb up some steps inside for a better view (please remove your shoes). Outside is a sunrise / sunset scoreboard: 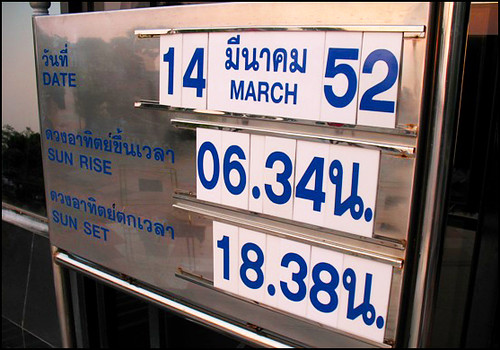 Note the year "52". The old calendar is still used for official business. In Thailand, 2552 = 2009, which was when the photo was taken. So, here's a view from the lighthouse (click to enlarge), the sun having already all but sunk into the hazy horizon leaving a dull orange glow. Sunset over, time to go home!

Related posts on the Phuket Blog


You have been reading : Sunset Viewpoint at Cape Promthep