The local radio station 91.5FM has a bunch of very local advertisements, many of them seem to be voiced by the same geezer with what used to be called a "suburban cockney" accent. One of these ads is for an Indian restaurant, of which there are several in Phuket. The geezer proclaims "I've not had a curry for Ages, I really fancy a Tandoori Chicken" or something like that. I know how he feels. Kind of. I mean, this is Thailand, so curry is everywhere... Red, yellow, green, jungle, massaman, penang. You want curry, Thailand has it, but you know us Brits abroad, we like a taste of home. And, at least to my generation, an Indian meal is British food! And I had not eaten one for ages, so was happy to join a bunch of dive folk last week for a curry at a little restaurant in Kata. 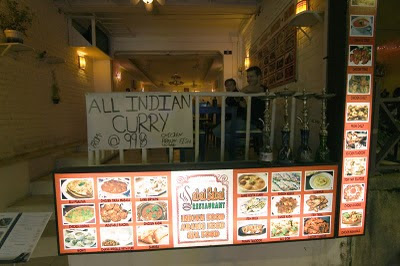 Sabai Sabai is on Thaina road in Kata center, next door to Calypso Divers. The owner used to work as cook in another restaurant which stopped doing curries, so he opened his own place. It's not big, only half a dozen tables, nothing flash but I was assured the food was good and cheap. See the sign outside - curry from 99 Baht. Win!

The menu is pretty extensive, all the favourites are there - Vindaloo, Rogan Josh, Madras, Masala, Korma made with different meats or vegetarian. And of course you can get the add-ons like onion bhaji, popadoms, nan bread, and rice. Everyone knows that you should order rice OR nan. I ordered both so I could roll home nice and full. Only nan next time, as it was the size of a small pizza... 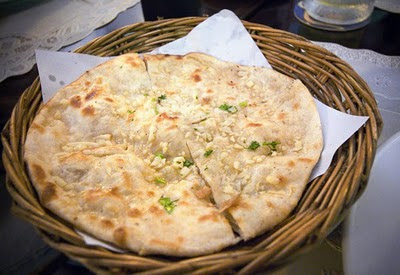 Beers are not expensive, I think 50 or 60 Baht, and you might have a few as the food does take a while. It seems that the restaurant had only 2 staff, being the owner (chef) and his wife (service). Well, good company ensured that the wait was not too long, helped by a few cold ones. One of our group had a smoke on a shisha (or hookah, or however you want to call it). You can see them lined up just outside... 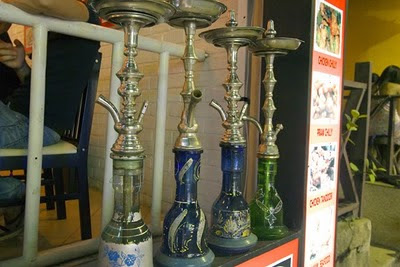 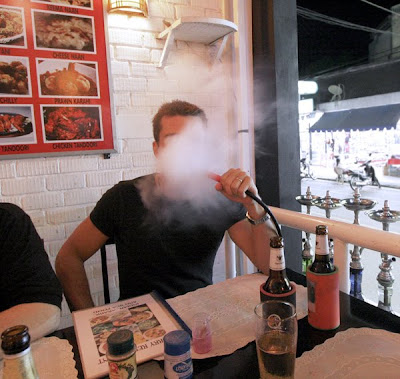 Food started to arrive, beginning with the bhajis... 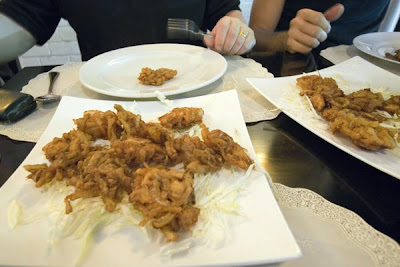 And the curry! I ordered a chicken Madras (spicy) to go with the pizza nan and rice. Looked good and spicy and the sauce good and thick. 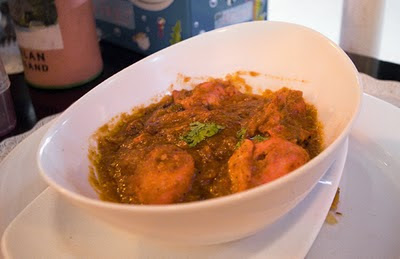 Was spicier than I expected.. well, of course when out with the lads you have to say in a deep voice 'Make it Spicy' :) Others ordered tikka masala or vindaloo. The food was very tasty, a great reminder of Indian food. In the great British tradition of going out for a curry, I was stuffed full. Did not have 6 pints of lager, though, just a Chang or 3. Hope to eat at Sabai Sabai again soon. Good curry, good price!

Food is still good here - see photo below - I was back on July 1st 2013 - great Chicken Madras, friendly service. The prices are up somewhat - no more 99 Baht curries. My meal was 170 Baht plus rice and onion nan and a few beers, total for 2 people 780 Baht. Worth every Baht - I would not eat Indian food so often, but might go back there more regularly now, it really was very tasty ... 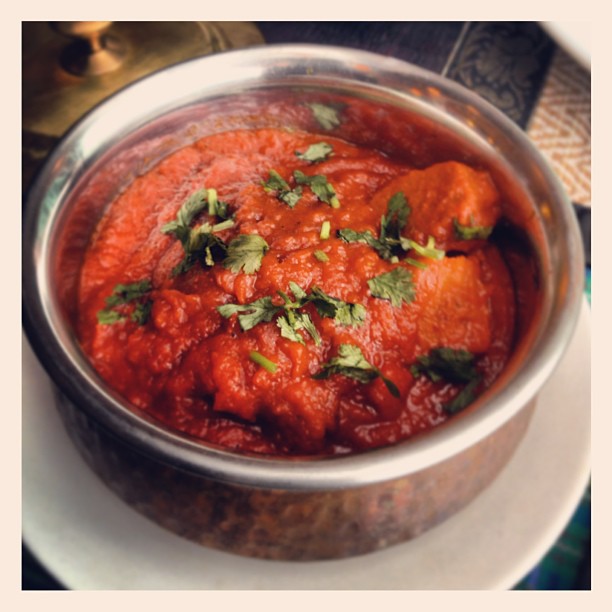 
You have been reading : Sabai Sabai Indian Restaurant