Phuket has all the ingredients for some waterfalls - hills (the highest is over 540m above sea level), jungle and rain (average yearly rainfall about 2500mm / 100 inches). And indeed there are several waterfalls in Phuket. None of them are huge, but for a visitor who has never seen jungle before, a walk at Bang Pae waterfall is a nice experience. The northeast of Phuket has a large area of green hills covering about 20 square kilometers. This is the Khao Pra Taew National Park including Bang Pae waterfall on the east side of the hills and Ton Sai waterfall on the west side. Apparently it's possible to walk from one waterfall to the other over the hill. I only met one person who has been walking in that area, and he got attacked by a wild gibbon during his hike! We've been to Bang Pae many times, most recently just a couple of months ago, though on that occasion we skipped the hiking and just visited the Gibbon Rehabilitation Center, which you pass on the way to the waterfall from the carpark.

Last Saturday we had lunch at one of our favourite little places, a floating restaurant at Bang Rong, which is close to Bang Pae. And then, I decided to drag the family for a little walk. There always used to be an entry fee at Bang Pae, but the last 2 times we've visited, the entrance has not been staffed. We visited on a Saturday, quite popular with locals at the weekend, for a picnic and a play in the water. To reach the larger sections of waterfall you need to hike. Up. The path is decent, though a bit steep and rocky in places. It's all green and jungly... 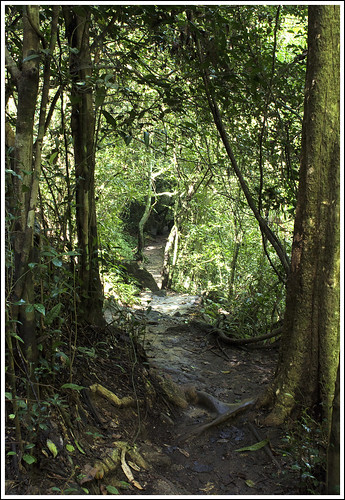 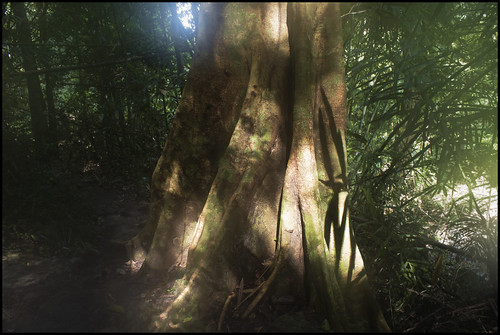 I love the big trees with their buttress roots. And see that tree above? I was checking some old photos of Bang Pae, and I have a photo of the exact same tree taken back in 2004! All along the path you are following the little river that flows down from the hill, kids and families play in natural pools or stick their heads under small cascades... 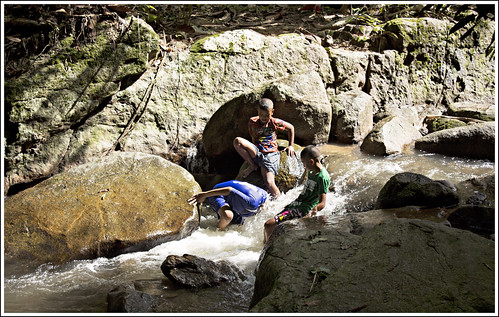 Further up the hill is the largest section of the falls. Hey, it's not massive, but there was a fair flow of water last weekend as we'd had daily thunderstorms for the previous few days - just 30 minutes of rain, but helps to turn the waterfall into something more than a dribble. It's not so easy to approach the main falls, you need to wade through the river surrounded by large rocks, and the riverbed is stony and slippery. A bit risky when carrying a camera which I'd really not want to drown! 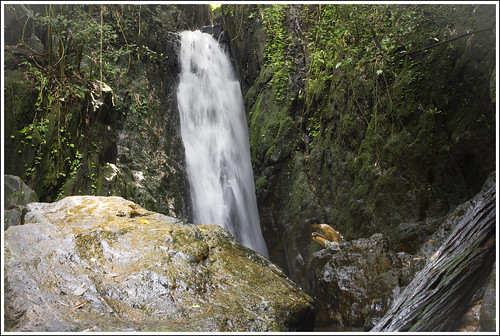 The path actually carries on above these falls, but this was enough walking for the family today! One of these days (it's on the list) I must walk further. From the path you can see the top and bottom of the falls, though rather obscured by the jungle... 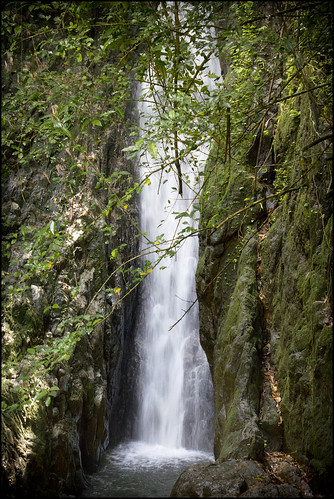 To get a better picture I'd have to be in the pool below the main falls, where the kids are playing in the photo below. The height of this "big" waterfall is less than 20 meters but still quite impressive surrounded by the jungle. The main reason there are no huge falls here, despite the rain and the hills, is the geology of Phuket which is mostly granite rock - very hard rock not easily eroded by water. 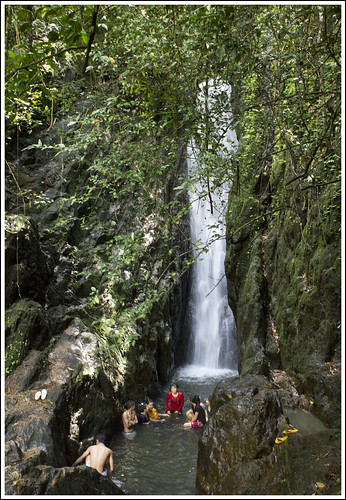 The Bang Pae area makes for a good day out including the gibbons, maybe an elephant ride, lunch at Bang Rong, or maybe at Bang Pae Seafood, and some kayaking in the mangroves. Ask Easy Day Thailand about tours.

Next to the car park area a couple of small restaurants. After even a 20 minute jungle walk, cold drinks were needed! The lady running this restaurant said she remembered us. I mean, I guess we have been here a dozen times over the years. We got our cold drinks here since they promised "Happiness you can drink"! 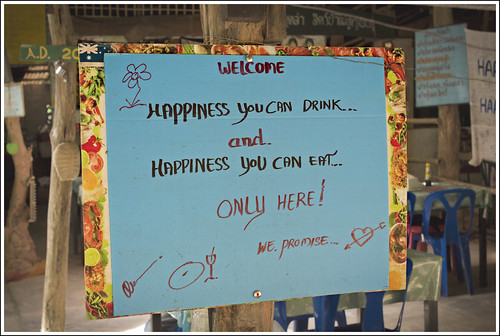 
You have been reading : Bang Pae Waterfall - น้ำตกบางแป