Because we live near Phuket Town, if we are eating out we often head to town or nearby and we have several favourite restaurants. But Phuket Town is constantly changing, new restaurants and cafes open often as the old town in particular gets popular as a place to visit. The center of the old town is Thalang Road which used to be the main market street 100 years ago and is still home to older shops selling cloth, hardware and herbal medicine. There is a weekly Sunday market on Thalang Road too. One of our favourite places to eat along Thalang Road is Kopitiam, and I have found Since 1892 good for a coffee, and then you have a couple of old Muslim roti restaurants on the same street. A newer restaurant, Eleven Two & Co. opened in late 2013 and I have been a couple of times just for a snack or a drink. Last week, I met up with fellow blogger Tim for a proper meal there, as the menu did look quite tempting! 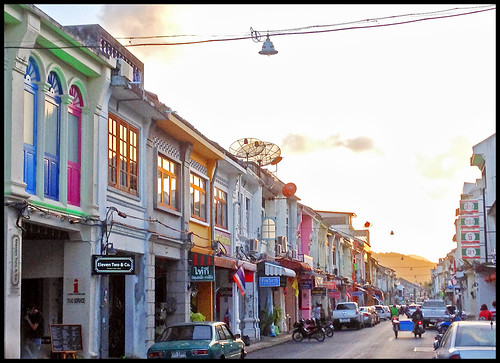 (above) Eleven Two is situated on Thalang Road in the heart of Phuket Old Town. It's on the left side of the photo above. You can see it's built into an old shophouse and I am glad to say the owners have kept the old style.

First thing .. a drink! The drinks menu is pretty big with all kinds of coffee, different teas, smoothies, sodas and beers. A few "special" imported beers available, but at 250 Baht per bottle, I'd rather stick with a simple Chang or Singha! There's even one import beer on the menu called "Dog B" with a menu price of 1,250 Baht! If anyone tries it, do let me know. 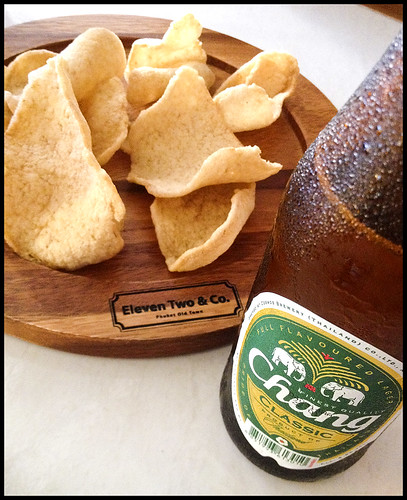 (above) And you get some free prawn crackers with your beer :) 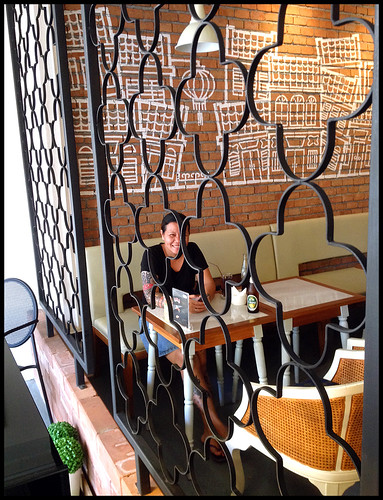 Most of the seating is open air, some right by the street, some just inside. There is also an aircon room if you can't stand the heat. I much prefer sitting near the street. Thalang Road is not really busy, you're not sitting by a highway here! The food menu has Thai dishes, burgers, pizza, salads, sandwiches and more. Prices a bit higher than your average Thai restaurant, but a decent price for burgers and pizzas. First time I stopped here with my wife for a snack, and the chicken satay french fries looked like a good idea - see photo below, went very well with a cold beer. 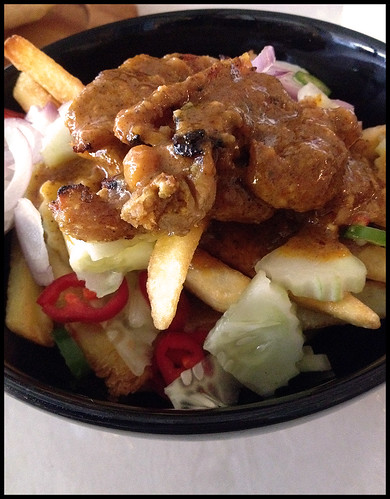 With Tim and his wife, we ordered a whole variety of dishes .... you have to try a few things before judging a restaurant! First up was a bruschetta selection. Pretty much a light meal on its own! 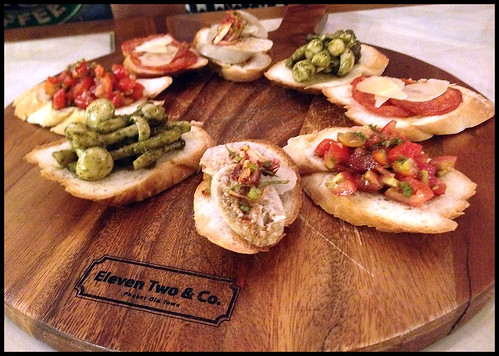 And my main dish ... well, I do eat Thai food about 90% of the time, and when I go for something non-Thai, it's often a burger. And I don't mean McDonalds, no, no. I like a good homemade burger, big and fat, lots of real meat. And what I got at Eleven Two was the "Northern Tribe Burger" - just what the doctor ordered! 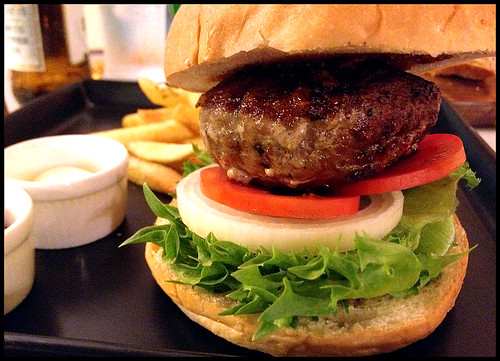 I had actually ordered something called the "Cheese Lava Pork Burger" but it was not available - a good reason to go again :)

And another side dish - spicy pork with tortillas ... 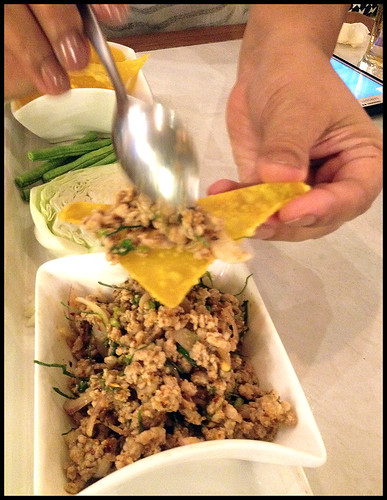 I like this kind of restaurant, a bit arty, a bit different, a selection of foods that I might not normally eat. And the old town is a good place to find a more interesting place to eat. I can recommend Eleven Two & Co. for lunch or dinner. I think it's closed on Mondays. A place I will eat again for sure.

You have been reading : Eleven Two & Co. Restaurant in Phuket Town