Bang Wad reservoir is Phuket's largest source of fresh water, a large artificial lake in the hills in the Kathu area of Phuket not far from Phuket Town and only a short drive from my house. The dam is about 800m long and there's a small road winding for a total of 6.5km around the reservoir. We've been coming up here for 10 years, normally just for a little walk, some fresh air and exercise, let the kids ride bikes along the dam, buy some food from the food stalls that are there on weekend evenings. We've driven around the reservoir a few times, it's a lovely jungly road, but until last month I'd never tried to walk or run around that road. With the coming of another birthday, I decided it's time to try and get more healthy. Too much time sitting at a computer and too many beers .. I am about 20kg, maybe 25kg, bigger than when I arrived in Phuket back in 1999. After a few days just walking up and down the dam, just walking a few km, I took the plunge and headed off around the reservoir on the 6.5km loop. Not running, just walking. 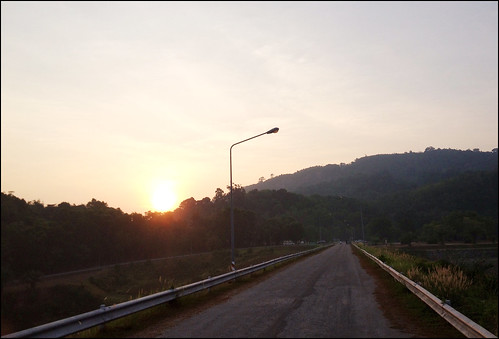 (above) This is the dam not long after sunrise. Best to start early or it's too hot, and I'll be late for work. In the mornings there are quite a few people exercising, walking or running or cycling around the road. There are more people in the early evening, but since I normally don't stop work at the dive shop until 6pm, the morning is when I am able to get there. And the reservoir really looks great in the morning light. It's a side of Phuket people maybe don't know exists. A big lake? Hills? 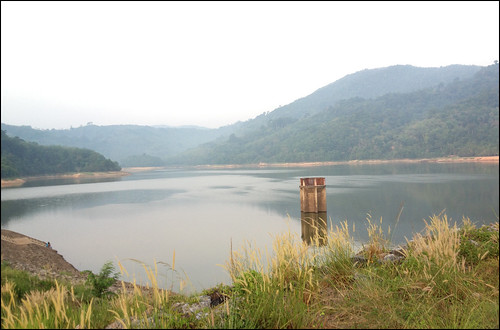 Sometimes I walk clockwise, sometimes anti-clockwise (that's counter clockwise for Americans). I throw in some short bursts of running too, and got some new Reeboks just last week. The aim will be to actually be able to run 6.5km eventually. Doesn't sound like much of a challenge, but it's going to need some work. I signed up for an app called Strava to "track my progress". No rush, not aiming to be Phuket's biggest loser :)

The road twists and turns around the reservoir, there is very little vehicular traffic. On an average walk I see maybe a handful of mopeds, maybe 1 or 2 pick up trucks, and the cyclists, joggers and walkers. 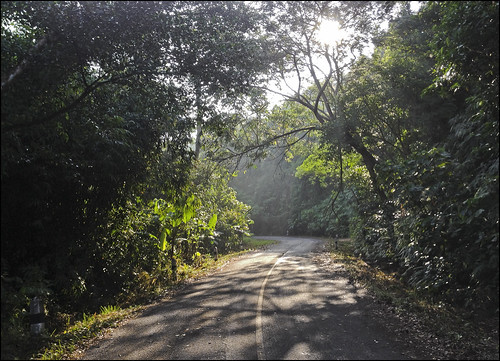 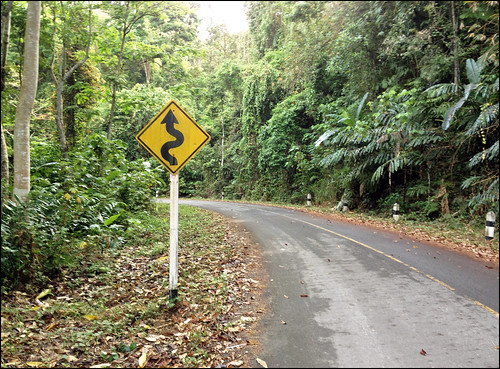 At the moment it takes me around an hour to walk 6.5km around the reservoir. A bit faster if there is some jogging involved. Fastest time about 55 minutes. Sounds a bit slow, but from small acorns grow the mighty oak! And a 1 hour fast walk is a good way to burn fat, and sweat out a few poisons like the beers I am drinking as I write this now! Seems a shame to run, it's nice to walk and enjoy the jungle and some great views across the water in the early morning light ... 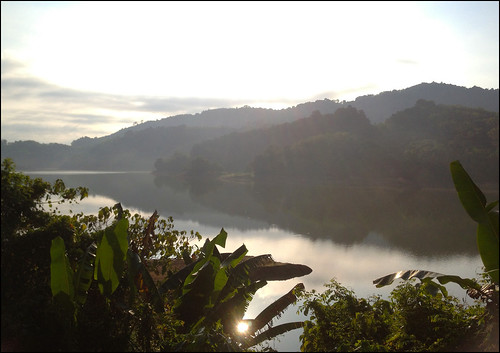 Yes, this beautiful scene is in Phuket! Remember that Phuket has some pretty big hills, up to about 1700 feet high. I've done a few hikes in the past, such as a little ramble up to the Big Buddha, and a much harder one up to the top of Phuket's highest hill. It's not just beaches here in Phuket, which was the point of starting this blog back in 2006 :)

There's a lot of little interesting things to see on the way round the road. There are little rubber plantations, quite a few small houses, and I've seen one area with pineapples growing too. If you're walking and not rushing too much, the details stand out. Roadside shrines and bananas. And jungle. Most of Phuket is green. 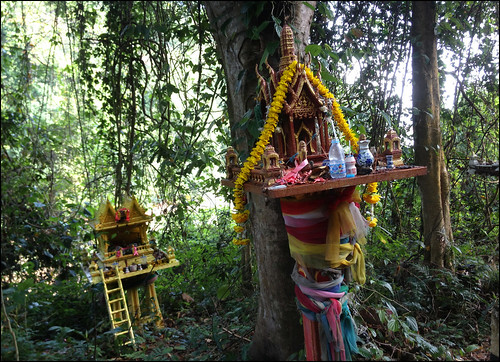 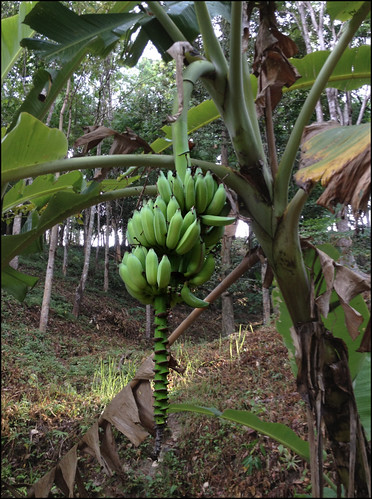 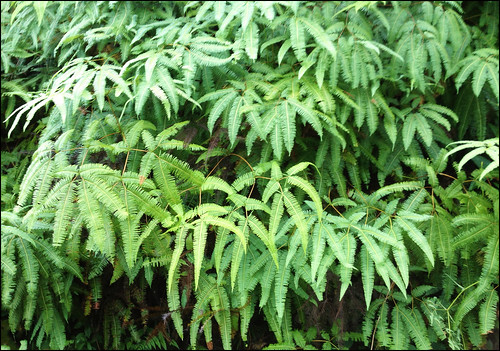 It's really nice there. A totally different side of Phuket, away from the tourism, beaches, nightlife. I'm very happy that Bang Wad reservoir is so close to our house! There are various places for people to walk or jog in Phuket, in different local areas. This is our area... It was the hope when starting this blog that people might want to visit some of the lesser known, and certainly less touristy parts of Phuket. So maybe see you at the reservoir sometime!


You have been reading : Morning Exercise at Bang Wad Reservoir