I was rather happy last week to find a hill that we could drive up, one that I'd never been up before. It was a fairly sunny Sunday afternoon, one of those afternoons when we sometimes just "go for a drive" in a random direction. Sometimes we follow new roads, or roads that we've not explored for a long time. With Phuket island being over 500 square kilometers, there are plenty of roads to try, and with neighbouring Phang Nga province being just over the bridge, even after all this time in Phuket, we still find new places. On this day, I did have an objective in mind. I had seen this hill on Google Earth with a couple of photos of the view, and it looked nice. I just never realised it was possible to drive up there...

Just north of Phuket airport, there's a hill where the Phuket weather radar is located. I knew it was there, but figured it would be closed to traffic / private or something. Well, maybe it is... but we drove up anyway. I went with the kids and we first took the narrow road that runs alongside the airport runway, hoping to see a plane land right next to us, but it must have been a quiet afternooon for flights. We've done that before and my kids like it.. when a plane is zooming along the runway less than 200m from the car. Dad likes it too :) A bit less than 1km north of that road, is a left turn heading towards the West Sands resort and Splash Jungle Phuket Waterpark. And a little more than 500m down this road, a narrow, crappy looking road to the right, it was not signposted but I figured it would be this way. The little road was bumpy and got steep, passing several Thai style villas (seemingly not occupied), heading up through the trees. And up. I hoped this was the right road! Finally topped out and for a second I thought it was all fenced off, but we could drive through to the met station buildings (nobody there) and park. 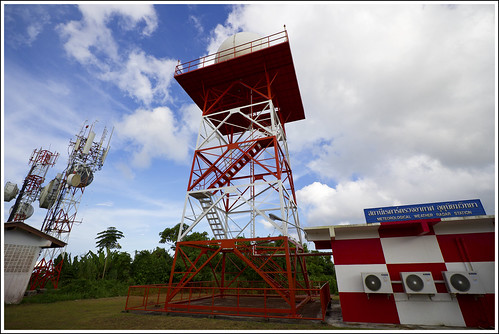 According to Google Earth the hill is about 250m above sea level, but it's quite flat-topped and covered in trees, so there were no 360 degree views. Damn trees, always getting in the way of a good view. Nevertheless, there was a fair sweeping seaview to the west just peeping over the tops of the tees ... 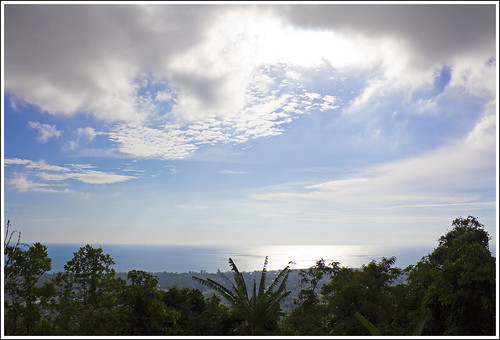 And looking southwest we could see the airport, and Nai Yang beach. Again was hoping to see a take off or landing, but this seemed like a very quiet Sunday afternoon at the airport! Didn't want to hang around too long with the kids on a lonely hilltop, plus they were asking for dinner, so we didn't wait for a plane. 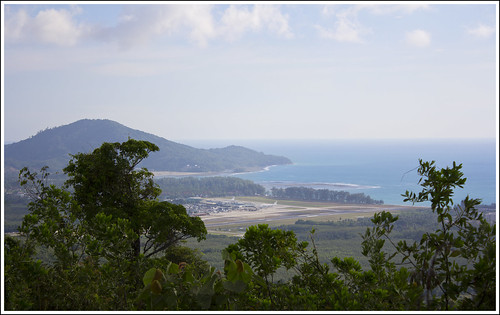 There's also a small shrine on the hill, facing to the west. 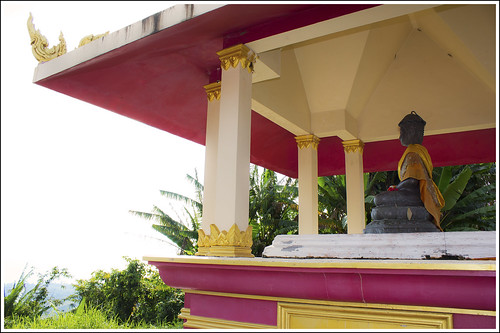 Another hill conquered! Maybe not the best view, but it was in the spirit of "adventure". My kids enjoyed the scary, narrow jungly road and the feeling of seeing something new. They do get dragged around by us quite a lot, but mostly they are happy to be exploring. I always enjoy a view and some fresh air. Phuket is very hilly, plenty of hills you can drive or walk up - see Phuket Hills and Views.


You have been reading : Phuket Meteorological Radar Hill near Phuket Airport