Many posts on this blog relate to the history and culture of Phuket, such as the page about the Heroines of Phuket and posts about the Phuket Mining Museum for example. I also like to visit temples and shrines around the island. Phuket has a mix of Buddhist temples, Chinese shrines, quite a lot of Mosques and even a couple of Christian places of worship. In particular the Chinese shrines fascinate me, and in a couple of months (starting 26th September) the Phuket Chinese community has it's biggest festival - the vegetarian festival (see Phuket Vegetarian Festival Schedule). For 10 days the Chinese shrines are the focal point for celebrations, prayers and bizarre rituals.

Tha Rua (or Tha Reua) Shrine (ศาลเจ้าท่าเรือ) is probably the most visible Chinese Shrine in Phuket, since its right by the main airport road just south of the Heroines monument. Any transport from the airport to the main beaches (Patong, Kata, Karon) will pass this way. If you've seen a big shrine by the side of the road, it's probably this one! 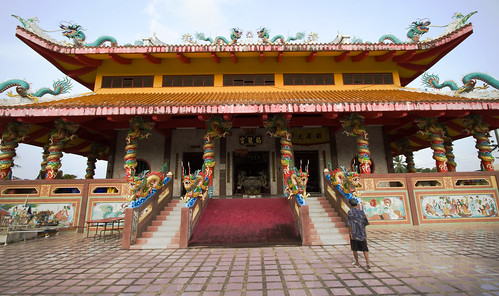 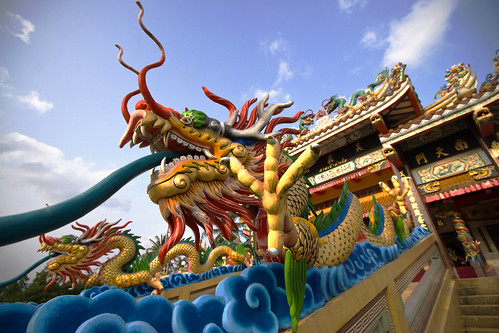 Tha Reua is an old Phuket community in the center of the island. I believe there was an older Chinese shrine in the area, but this new one has been built - construction started about 10 years ago, maybe more.. seems to me this shrine has been slowly growing ever since I came to Phuket! The new shrine is just about 99% complete now, maybe needs a bit of work around the edges, but... wow! I have been to all the main shrines in Phuket, but somehow had never, ever stopped at this one until a couple of weeks ago. I was impressed! A huge amount of work has gone into Tha Reua Shrine, the decoration is amazing. In particular, there seem to be dragons everywhere. 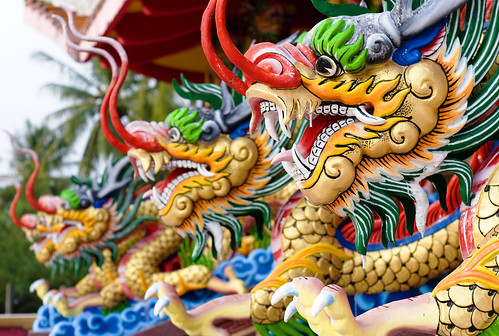 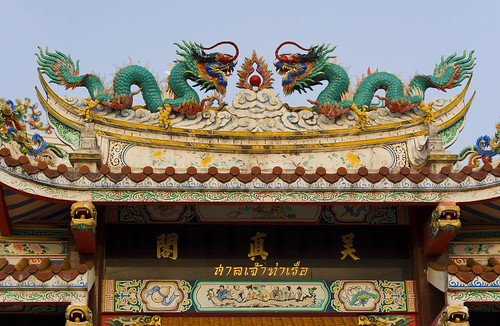 I will be back here sometime during the vegetarian festival. I can imagine this shrine looking most impressive at night and people dressed in white come to pray. And there are a lot of gods to pray to! The main altar features a huge array of statues of all sizes and colours. 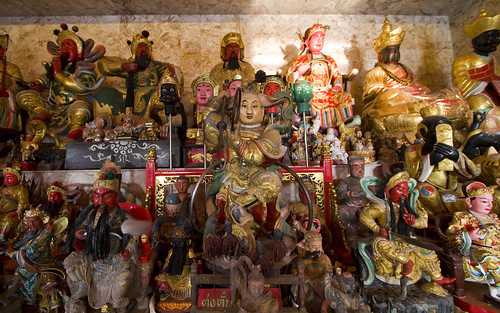 Some of the faces on the altar ... 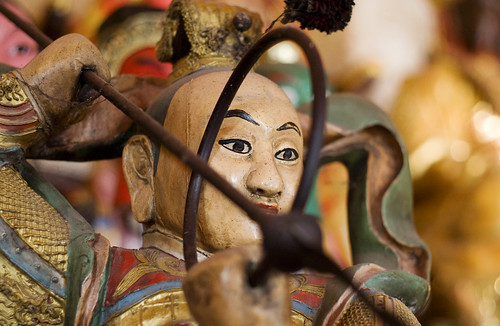 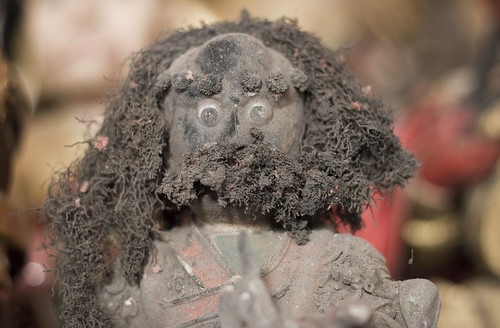 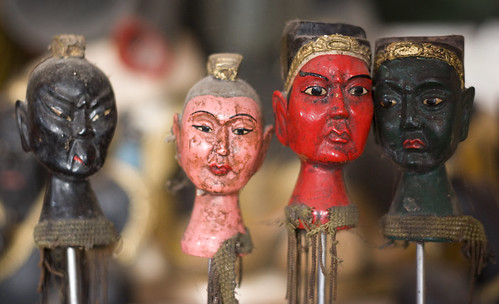 The Chinese shrines in Phuket are always full of colour and interest - over the next couple of months they will all be spruced up and painted and will be getting ready for the vegetarian festival. Much of the time when there are no festivals, I find the shrines empty. On this day I turned up in the late afternoon and found one old caretaker shuffling around, and just as I left a minibus turned up with a group of half a dozen Russians. Map below - Chinese Shrines in Phuket :


You have been reading : Tha Rua Chinese Shrine