Updated 2016 - I don't think this place exists now. It moved a couple of times. Is it still there? Find more suggested Phuket restaurants on the blog. Happy eating!

BBQ Hut in Patong certainly gets a fair number of regulars who know that this is the place for Tex Mex, this is the place for a great burger, this is the place for tacos, burritos and nachos. They apparently do good Margaritas too (only 99 Baht), though I prefer a cold beer myself. I've been half a dozen times for lunch, always had great food and enjoy trying the different burgers they have - the Mexican Cowboy Burger, Jalapeno Burger, Chili Cheese Burger, Monster Burger and many more. There are also all day breakfasts, Hot Dogs (I recommend a Chili Cheese Dog), ribs, steaks.. you may get the impression this is not a place for vegetarians! I do eat Thai food 90% of the time, but now and then my western stomach cries out and BBQ Hut is one of the cures. 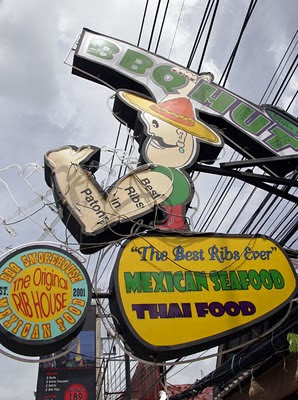 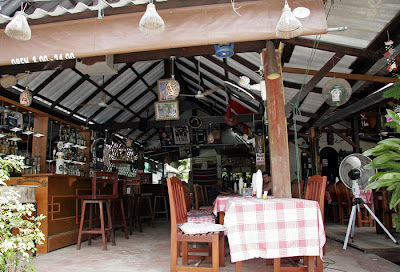 Location - it moved again in 2013, now to be found on the road between Patong and Karon next to an elephant trekking place. I have not been for ages. The prices used to be quite reasonable for this kind of food, around 150 - 180 Baht for the burgers served with chips and salad or 130 Baht for "The Hungry Man" breakfast. 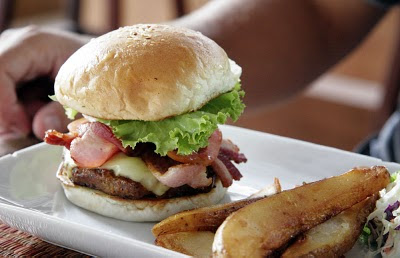 Updated June 2010 - BBQ Hut was first on the blog nearly 4 years ago - I realised I had no photos so went for lunch today. Great burger, cold beer, make that 2. Viva Mexico! Viva Zapata! Looks like the prices are about the same as 4 years ago. Good. Photos on this page from June 2010. 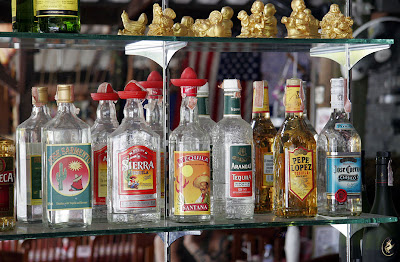 Wouldn't be Mexico without Tequila. I have spent about 5 months in Mexico in my younger days, and did used to like tequila. These days my stomach is happy with a beer. But this line up of bottles reminds me of Mexican bars. 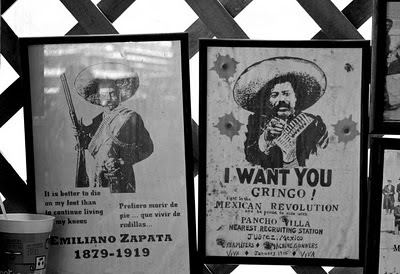 There are pictures around the restaurant - above you have Emiliano Zapata and Pancho Villa who were revolutionary heroes in the early 20th century. Mexico has a rich history and loves it's heroes. There is also a big movie poster of the Three Amigos - not sure Chevy Chase is a Mexican hero though.... :)

• More of our favourite Phuket restaurants
• Hotels in Patong Beach


You have been reading : Restaurant Tips: BBQ Hut, Patong Beach