Wherever you go temples, shrines and religious symbols are often built on hills for that "Closer to God" feeling. Either that or they have huge spires reaching up to the heavens. I'm not sure I have ever been in a temple in Thailand that can match some of the Christian cathedrals in terms of the feeling of reverence you get when you enter. That may be because Buddhism is not really a religion, more a way of life, and from what I see, it's just a normal part of life, like brushing your teeth, or walking the dog. It's just something people do. Every house will have it's little Buddha shelf. My wife gets fresh flowers (almost) weekly, lights some incense and candles, says a little prayer, and that's that. I know on Songkran (April 13th) my mother was slightly surprised by the temple we went to - more like a shed really with a tent outside. Ah! But a temple need not be gaudy or magnificent. Prayers are said by people, and can be said anywhere. 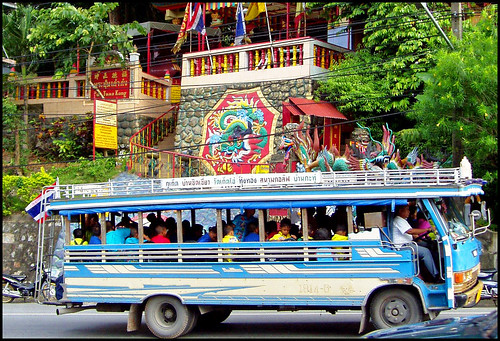 Hush! hush! Whisper who dares. Christopher Robin is saying his prayers...Oh, Thank You, God for a lovely day. And what was the other I had to say? I said "Bless Daddy," so what can it be? Oh, Now I remember it. God bless Me. By the way, I'm not a religious person but there are a LOT of temples in Phuket, also a couple Christian churches and many Mosques (quite a high Muslim population here), even a Sikh Gurdwara. And I try to blog them all! 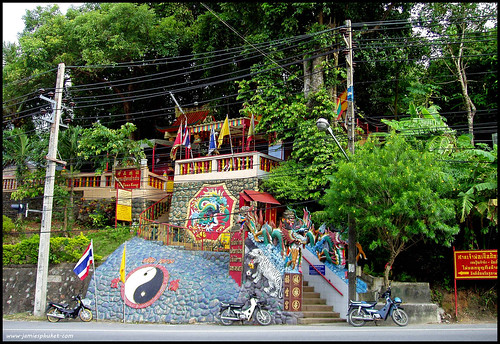 The Shrine on Patong Hill I guess is seen by just about every visitor to Phuket as they drive over the hill in a taxi, minibus, tuk tuk or motorbike. But not many tourists actually stop and look or say a prayer. Plenty of locals stop here at all times of day, and even if they don't stop, they will Wai as they pass, or, if Wai-ing will cause them to lose control of their vehicle, they will Beep instead. I worked in Patong for a while and used to beep twice daily as I drive to Patong in the morning and back home in the afternoon. Beep for luck, beep for good health, beep for your family, beep for a safe journey. Go ahead and Beep, nothing to be ashamed of. 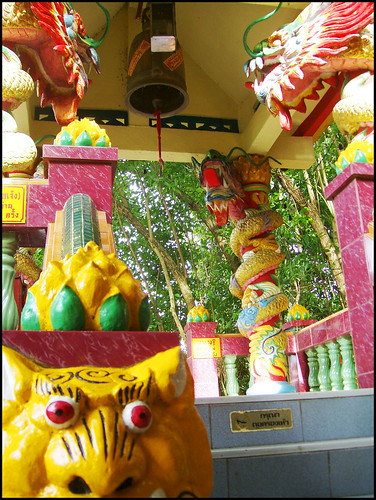 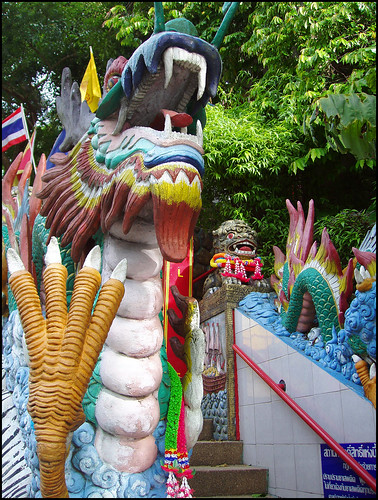 The temple is actually called Pun Tuao Kong Chinese Shrine. It's not very big, but if you are going to pray properly you should walk around and stop for prayers at several points to light incense and make an offering of fruit. You can also light up some fire crackers if you want a louder sound than a mere beep. 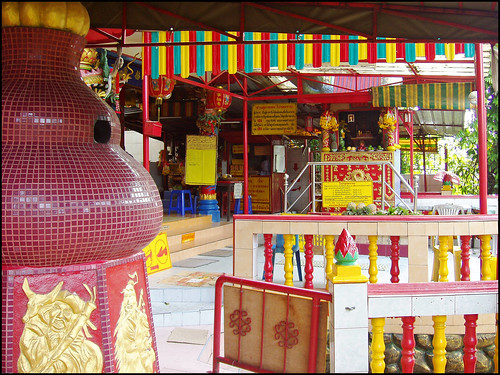 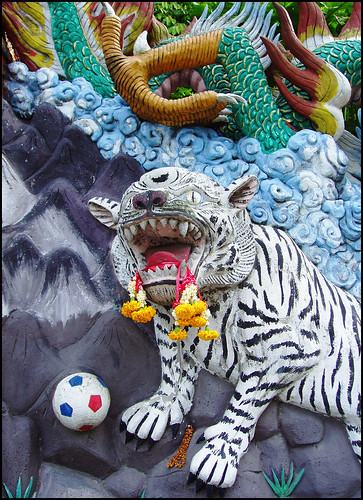 No monks stay here, just a couple of people who look after the place and keep it tidy during the day. Your prayers will be punctuated by beeps. It is right by the road and the traffic can be thick and fast, so be careful when stopping your vehicle or crossing the road. There's no big parking area - people stop their bikes by the temple, or there is a bit of space to park on the other side of the road. Next time you're passing, go and have a look.


You have been reading : The temple on Patong Hill (Pun Tuao Kong Chinese Shrine)